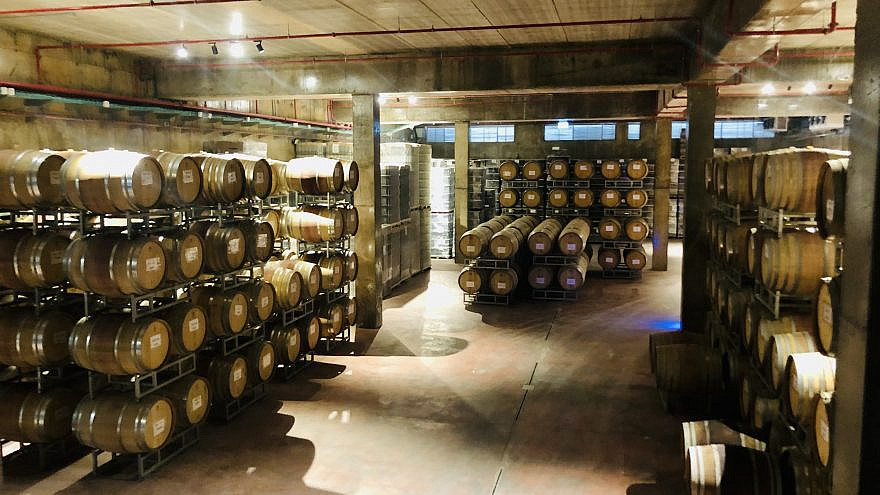 A view of the barrel room at Psagot Winery in the Binyamin region mountains of Judea and Samaria. Credit: Courtesy.
Republish this article
715 WORDS
Spread the word.
Help JNS grow!
Share now:

(February 3, 2021 / JNS) The Psagot Winery sits on the peaks of the Binyamin region mountains in Judea and Samaria, north of Jerusalem and just east of Ramallah. Though Psagot and many Israeli-owned businesses operating over the 1967 armistice lines have historically experienced boycotts in Europe and throughout the Arab world, many say that in the context of the Abraham Accords, this may be changing.

When Yaakov Berg and his wife, Naama, established the Psagot Winery in 2002, they made fewer than 3,000 bottles. Today, that number has grown to 750,000 bottles per year—70 percent of which are exported to 30 countries, including North America, as well as throughout Europe, Asia and Australia.

Their new goal is to produce 1 million bottles with a vast majority of them for export, including to Arab countries, which was not before possible.

According to Yaakov Berg, he and wine suppliers in the United Arab Emirates are finalizing “several deals in the making” to export the Israeli wine to the Gulf, crediting the progress made in trade relations between Israel and the UAE to the Trump administration and former U.S. Secretary of State Mike Pompeo, who visited the Psagot Winery during his most recent visit to Israel, becoming the first top American diplomat to tour an Israeli-owned company located beyond the pre-’67 borders.

In December, Hamad Baumim, the UAE head of Chamber of Commerce and Industry, said in an interview with Globes that he has “no problem” with Israeli products made in the West Bank, and that when they are imported to the UAE, they will be treated as all other Israeli products and with no special labeling. He also noted that such factories employ tens of thousands of Palestinians, so doing business with these factories should boost the Palestinian economy. 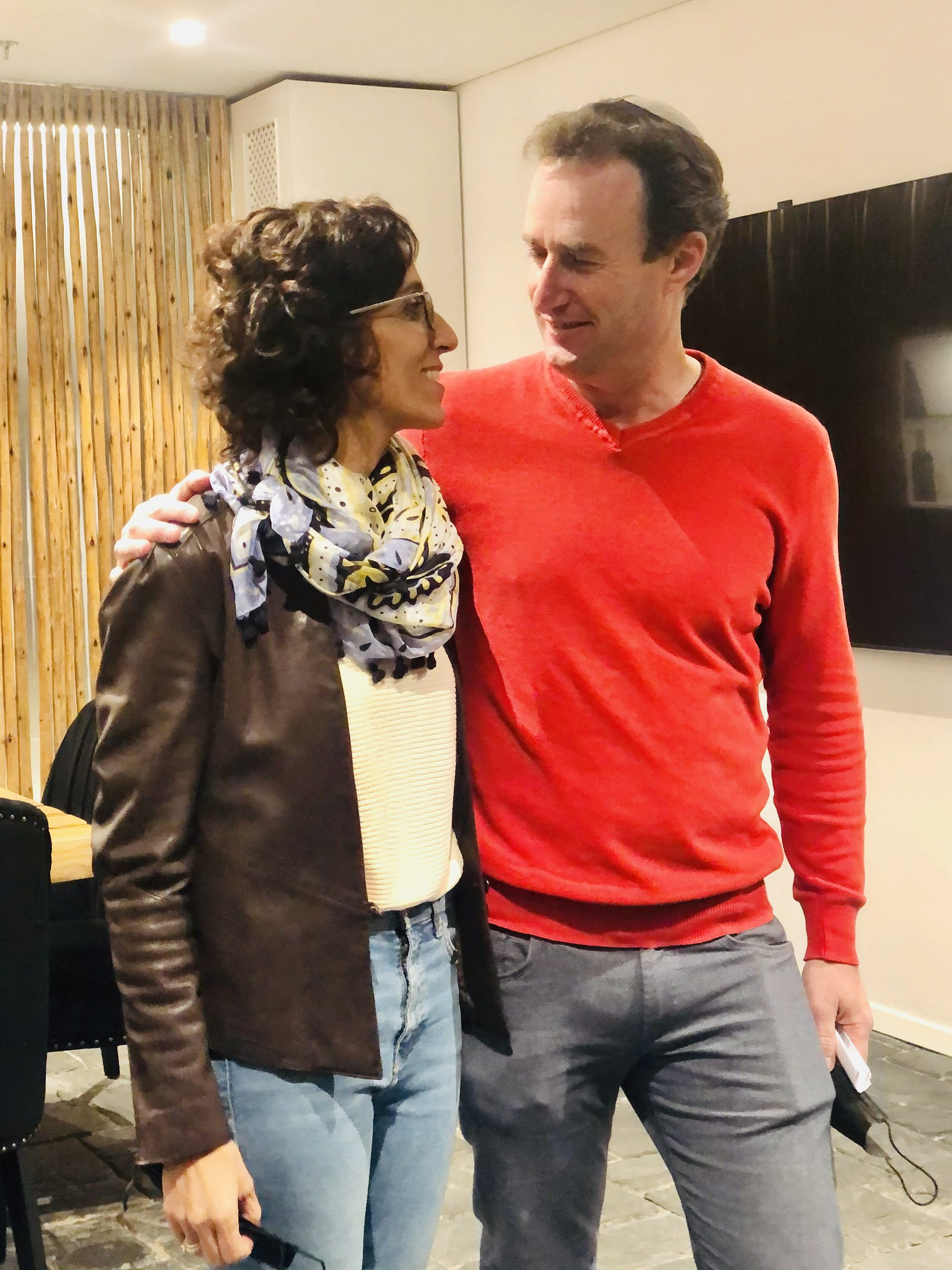 Berg agreed, noting that he employs 40 to 50 Arab workers in the winery, and expressing his hope that “peace with the Emirates will change our relationship with Palestinians.”

During the construction of the Psagot vineyard, an ancient cave from the Hasmonean Dynasty was discovered, along with a coin stamped with the words “For Freedom of Zion” with the image of an amphora (an ancient container used for storing wine). Psagot’s wine bottles are now imprinted with a replica of the coin they found, which Berg said “embodies the essence of our deep connections to our roots,” and acts as an homage to honor “our ancestors who also made wine in the region for the temples of Jerusalem.”

“There is no question that there has been a huge difference in the last four years because of Trump., and when Pompeo visited, we saw that they had so much love for the wine, and for the land. We appreciate the fact that they opened the door for us,” said Berg.

Area leaders have similarly expressed seeing a change in recent years in how their products are received internationally, despite the fact that Europeans have boycotted Israeli products made in Judea and Samaria. 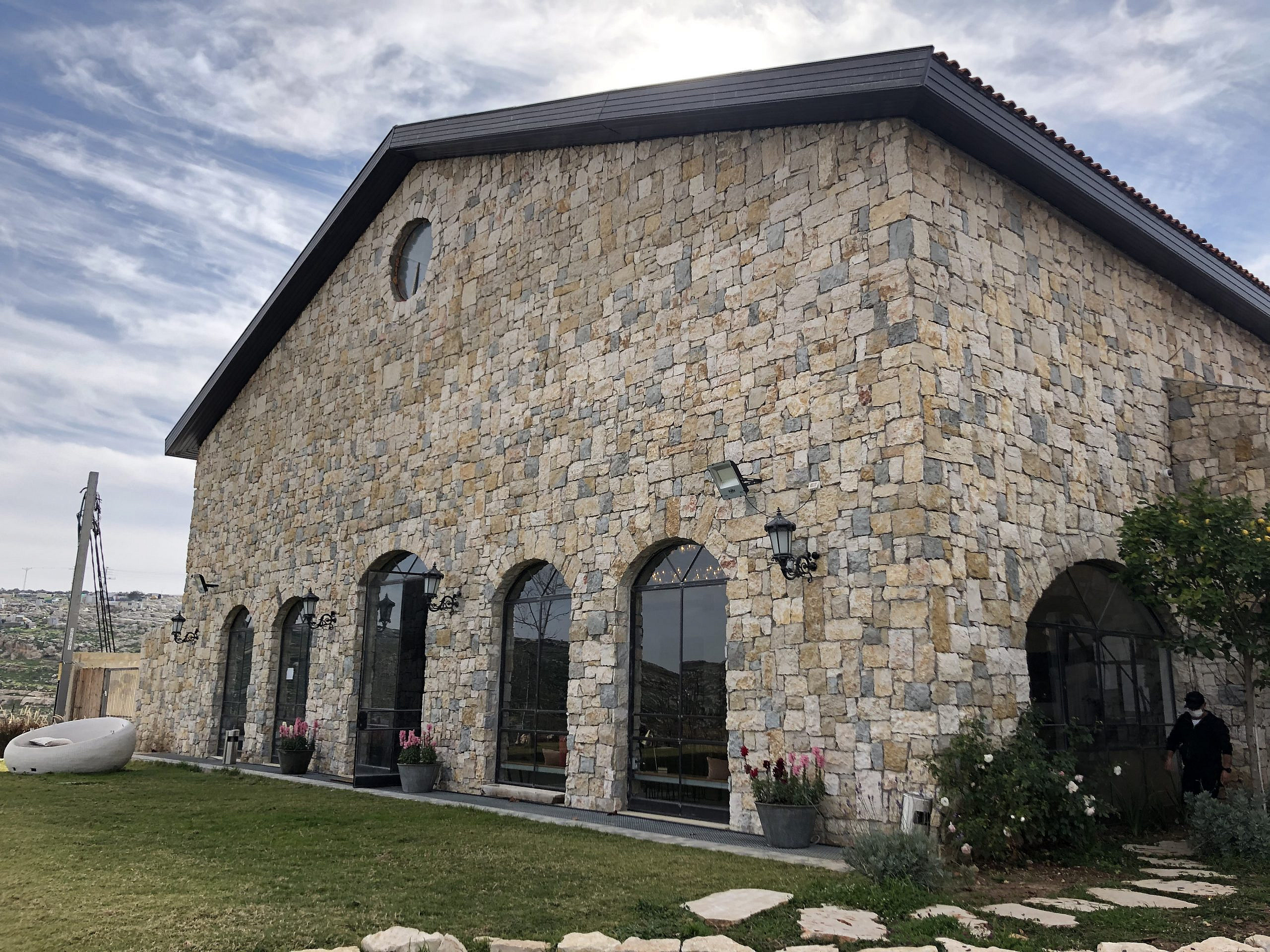 The outside of Psagot Winery. According to Yaakov Berg, he and wine suppliers in the United Arab Emirates are finalizing “several deals in the making” to export the Israeli wine to the Gulf. Credit: Courtesy.

‘This is how the world should be’

Israel Gantz, governor of the Binyamin Region Council, told JNS that the Abraham Accords “opened a window” to trade with the region, and he is sure that this window will increase the number of available economic opportunities.

“The Abraham Accords was a good opportunity to open our hearts and their hearts, and begin to change the world,” he said.

Emirati leaders, Gantz added, are not only interested in economic partnerships, but they have also been learning about the region’s educational opportunities, such as the Mechina preparatory course that Israeli students take before university to learn about tradition and philosophy, and begin the process of adult self-exploration.

Miri Ovadia, spokesperson of the Binyamin regional council, similarly related that “we are now having conversations about business, technology, tourism and culture—not just political conversations.”

“In Judea and Samaria,” she told JNS, “we have been saying for years that it is possible to live side by side with Arabs.”

She added that the normalization agreements have “contributed a lot to people’s feelings that this is how the world should be. Israelis are eager to meet new people. Though we were educated into a conflict that said we don’t get along with the Arab world, today we are seeing differently.”

Said Ovadia: “The Israeli dream about peace and normalization is possible.”