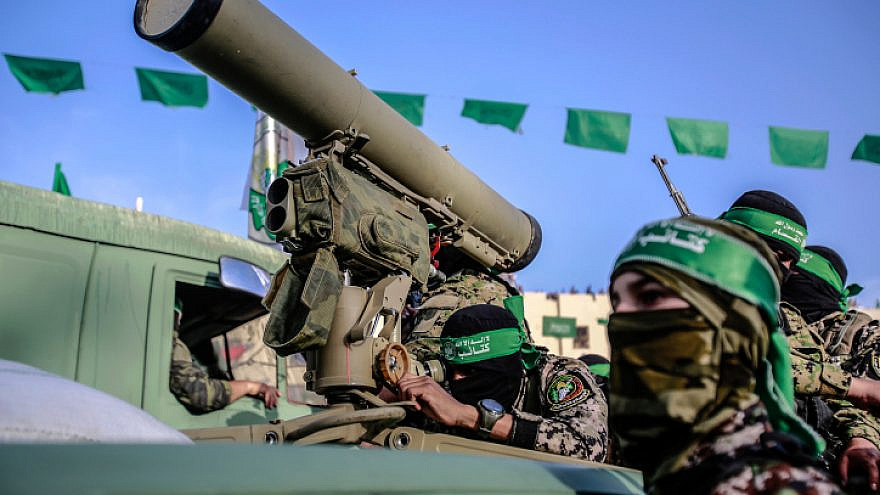 (September 6, 2022 / JNS) The United Nations on Monday denounced as a violation of international law Hamas’s execution earlier this week of five Palestinians in the Gaza Strip.

“We condemn the execution of five prisoners in Gaza and urge the de facto authorities in Gaza to establish a moratorium on all executions,” said Ravina Shamdasani, spokesperson for the U.N.’s human-rights commissioner, in a statement.

“Having ratified the Second Optional Protocol to the International Covenant on Civil and Political Rights, as a matter of international law, Palestine is obliged to abolish executions,” she added.

The U.N. General Assembly voted in 2012 to give the Palestinians non-member observer state status, which has since allowed them to sign dozens of international treaties and conventions.

Shamdasani noted that three of the men executed were convicted of murder, and two on charges of “collaboration” with Israel dating back to 2015 and 2009.

They were the first judicial-related killings carried out in the Palestinian-controlled territories in five years.

“There are serious concerns that criminal proceedings resulting in the imposition of death sentences in Gaza do not meet international fair trial standards,” said Shamdasani, adding that those executed were not given the opportunity to seek clemency or a pardon.

Hamas claimed that the alleged spies, aged 44 and 54, passed information to Israel that led to the killing of Palestinians.