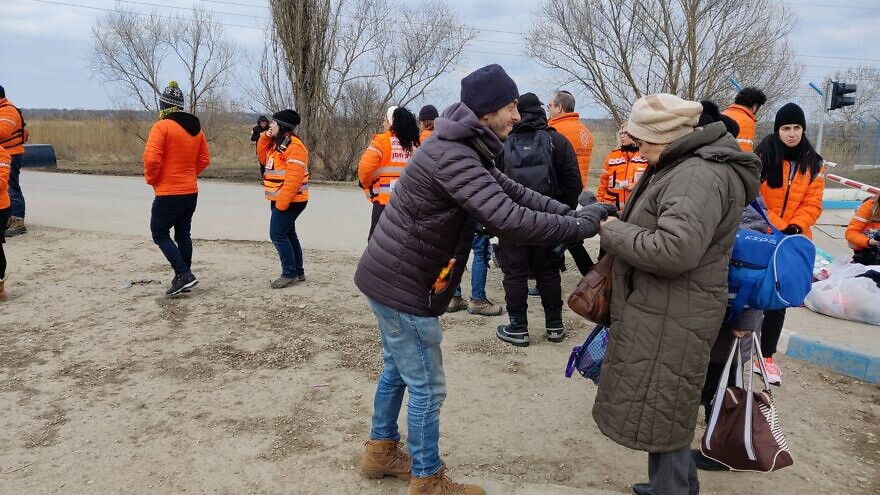 (March 16, 2022 / JNS) United Hatzalah announced on Tuesday that it started sending airlifts with humanitarian aid directly from Israel to Moldova, which has taken in tens of thousands of Ukrainian refugees.

The first cargo plane, carrying 16 tons of humanitarian aid and medical supplies, landed in the capital city of Chișinău early on Tuesday morning in cooperation with the Israeli Foreign Ministry and former Israeli ambassador to Ukraine Joel Lion. The plane received special permission to land in the Chișinău International Airport, which has been closed for flights since the outbreak of the war between Russia and Ukraine.

The supplies aboard the plane, which include medications, food and baby formula, were unloaded and transferred to distribution centers for Ukrainian refugees who have fled their country. The cargo plane was sent in response to a direct request from Moldova’s government and the Jewish community in Chișinău.

Moldova and its Jewish community have been experiencing a “severe shortage” of humanitarian supplies due to the inflow of refugees coming across the border from Ukraine and taking refuge in and around the city, said United Hatzalah.

State Secretary for Moldova Zinaida Bezverhni similarly wrote a letter on behalf of the Moldovan Health Ministry to the Israeli Foreign Ministry, requesting additional insulin due to shortages there. United Hatzalah responded to that request by also bringing insulin on the plane that arrived on Tuesday.

In recent weeks, it has also organized a series of emergency rescue airlifts that have been called “Operation Orange Wings.” A team has been operating in Moldova for the last two weeks to help Ukrainian refugees, said the organization’s founder and president Eli Beer.

He added that as part of the effort, United Hatzalah has taken more than 1,000 Ukrainian refugees to Israel over the past week-and-a-half.