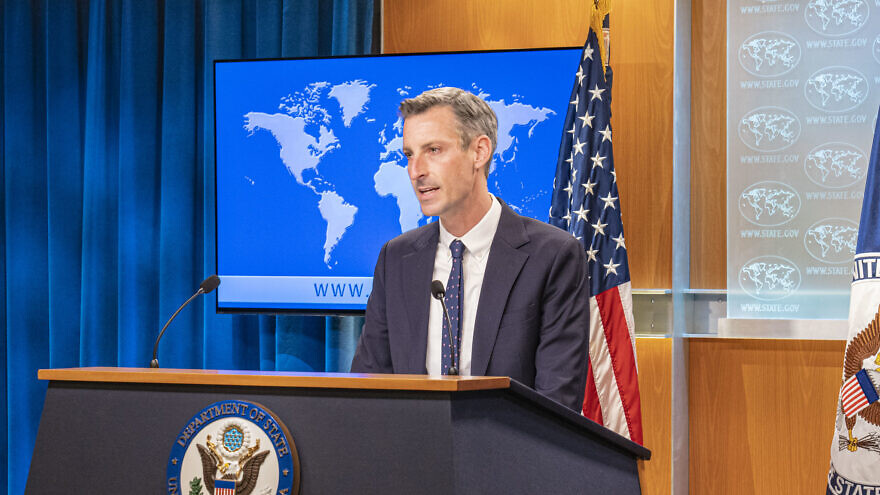 Israel’s Security Cabinet last week approved the measures in response to what it described as the Palestinian Authority’s ongoing “political and legal war” against the Jewish state. The previous week, the U.N. General Assembly, at the urging of the P.A., passed a resolution calling on the International Court of Justice to “render urgently an advisory opinion” on Israel’s “prolonged occupation, settlement and annexation of Palestinian territory.”

He added that Washington has “been consistent in our own strong opposition to the request for an ICJ advisory opinion concerning Israel…. We believe this action was counterproductive.”

As part of the measures, Israel on Sunday transferred $39.5 million of taxes and tariffs collected for the P.A. to the victims of terrorism and their families.

The Security Cabinet also decided to immediately withhold taxes and tariffs collected on behalf of the P.A., in an amount equal to that which Ramallah paid to terrorists and their families in 2022 as part of its “pay-for-slay” policy. In 2021, the P.A. paid out an estimated 512 million shekels ($157 million) as part of this initiative.

When asked about the possible economic collapse of the P.A., Smotrich replied, “As long as the Palestinian Authority encourages terrorism and is an enemy, what interest do I have in helping it exist?”

The Security Cabinet also placed a moratorium on Palestinian construction in Area C of Judea and Samaria, with a view to curbing illegal building, and ordered the revocation of VIP benefits to P.A. officials leading the “lawfare” campaign against Israel.

P.A. Prime Minister Mohammad Shtayyeh said on Monday that the punitive measures on Ramallah would “promptly lead to its collapse.”

In an interview with Haaretz, Shtayyeh described the Security Cabinet decision as “another nail in the Palestinian Authority’s coffin, unless there is immediate intervention by the international community, namely the [Biden] administration in Washington and Arab countries.

“Previous Israeli governments worked to eliminate the two-state solution, and the current government is fighting the Palestinian Authority itself,” he added.

Asked why the P.A. continues to wage a campaign against Israel in international fora, Shtayyeh said, “We have the right to complain and tell the world we are in pain. Israel wants to prevent even the most nonviolent way of fighting the occupation.”

Also on Monday, a Knesset panel approved the fast-tracking of legislation to revoke the Israeli citizenship and residency of terrorists who receive a salary for their crimes from the Palestinian Authority.

The Knesset’s House Committee, headed by MK Ofir Katz (Likud), authorized an expedited process of voting the bill into law, which can now take place within two weeks.