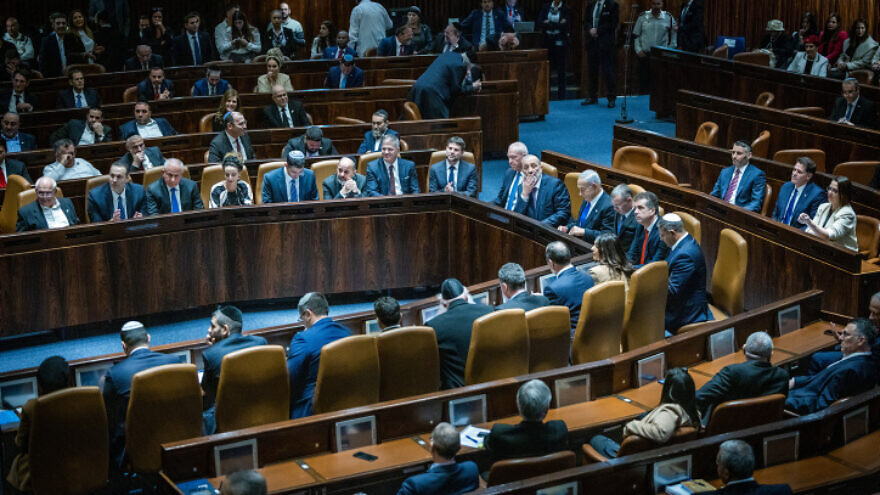 (January 9, 2023 / JNS) A Knesset panel on Monday approved the fast-tracking of legislation to revoke the Israeli citizenship and residency of terrorists who receive a salary for their crimes from the Palestinian Authority.

The Knesset’s House Committee, headed by MK Ofir Katz (Likud), authorized an expedited process of voting the bill into law, which can now take place within two weeks.

Israeli National Security Minister Itamar Ben-Gvir on Sunday instructed Israel Police Commissioner Yaakov Shabtai to open a probe into what he views as internal failures that allowed public celebrations to be held last week for an Arab terrorist released from prison upon completing his prison sentence.

Karim Younis, an Arab Israeli jailed for murdering Israel Defense Forces Cpl. Avraham Bromberg on the Golan Heights in 1980, was freed from jail last Thursday and received a hero’s welcome upon his return to the northern Israeli town of ‘Ara.

“[These] are celebrations of incitement and explicit support for terrorism, and it’s unacceptable for such events to happen in our home. The State of Israel has no place for [them],” Ben-Gvir said in a statement.

He also directed police to enforce an existing ban on the flying of Palestinian flags in solidarity with terrorist groups.

Earlier Sunday, Ben-Gvir announced the cancelation of a regulation implemented by the previous government that allowed all lawmakers to meet with jailed Palestinian terrorists.

Israel on Sunday also transferred 138.8 million shekels ($39.5 million) of revenues collected for the Palestinian Authority to the victims of terrorism and their families.

At a press conference, Finance Minister Bezalel Smotrich said, “We promised to fix this, and today we are correcting an injustice. This is an important day for morality, for justice and for the fight against terrorism. There is no greater justice than offsetting the funds of the Authority, that acts to support terrorism, and transferring them to the families of the victims of terrorism.”

Israel’s Security Cabinet last week approved several punitive measures against the Palestinian Authority in response to what it described as Ramallah’s ongoing “political and legal war” against the Jewish state.

The move came a week after the U.N. General Assembly passed a resolution calling on the International Court of Justice to “render urgently an advisory opinion” on Israel’s “prolonged occupation, settlement and annexation of Palestinian territory.”

Asked if the move would strengthen P.A. rival Hamas, Smotrich said, “The group weakening the P.A. is the P.A. itself, which chooses to be involved in and encourage terrorism and the murder of Israeli citizens.”

In response to a question regarding the possible economic collapse of the P.A., Smotrich replied, “As long as the Palestinian Authority encourages terrorism and is an enemy, what interest do I have in helping it exist?”