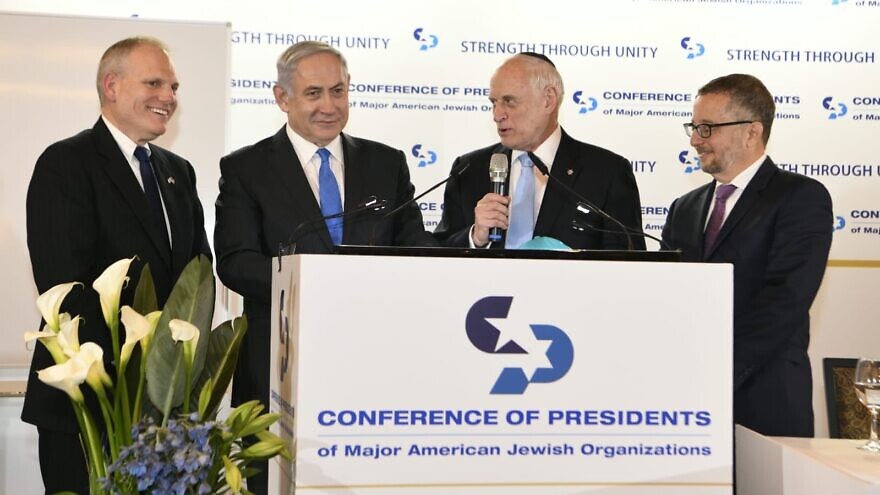 (November 2, 2022 / JNS) While the next Israeli government has not been formed yet, opinions on the subject among American Jewry largely have been. And the bottom line among the mainstream Jewish community is a willingness to work with an Israeli government in any form, even if there might be misgivings.

“The fact that so many people voted shows that Israelis are saying they believe in the system and want to be a part of it,” William Daroff, CEO of the Conference of Presidents of Major American Jewish Organizations, told JNS as opposition leader Benjamin Netanyahu looked set to return to power.

Daroff and other Jewish leaders said the topic of the election came up in discussion last week when Israeli President Isaac Herzog visited Washington. The message from Herzog was for everyone to take a deep breath, wait for the outcome, and understand the ties between Israel and the Diaspora will survive any philosophical differences with the government in Jerusalem.

“President Herzog was right on the mark, telling us, President Biden and others that we must have respect for each country’s democracies. And, so, I think it’s important for us to realize that Israel has a political process. There’s a way that this plays out. And when a coalition comes together, we will engage,” said Daroff. “At that time, I think it’s very important than the concerns of the Diaspora are in the mix, that we are seen as we are as a vibrant part of what makes Israel the amazing country that it is.”

That approach was seconded by Adam Odesser, director of the Dr. Stuart Lessans Israel Action Center at the Jewish Community Relations Council of Greater Washington, who told JNS that the high turnout among the electorate on Tuesday “shows how Israel is a thriving democracy. The turnout was one of the highest percentages in the past 20 years. And I think we should wait to see what the results show. But no matter who comes up on top, I think we will continue to work with whoever is there, and our connection will continue to be strong.”

Herbert Block, executive director of the American Zionist Movement, has extra skin in the game this time. His son Joseph voted for the first time as an Israeli on Tuesday. Block’s AZM held a watch party in Washington, where a crowd of American Jews gathered to take in the exit polls and early election returns.

“All of us want a stable government in Israel. It’s a thriving democracy and it’s something you celebrate,” Herbert Block told JNS. “American Jews always have an eye to Zion and we watch what’s going on in Israel very carefully. Many others in America care about [the election], not just because we have family in Israel, but because of the close ties between American Jews and the State of Israel.”

The Reform movement in America seemed particularly alarmed at the prospect of the inclusion of far-right figures such as the Religious Zionist Party’s Itamar Ben-Gvir and Bezalel Smotrich in a government, with Union of Reform Judaism head Rabbi Rick Jacobs speaking out publicly against the possibility.

Andrew Keene, an AZM board member representing the Association of Reform Zionists of America (ARZA), told JNS that “any democracy should have the full range of expression and ideology represented in government. We’re hoping that as we’ve seen in the last several months in the current government that there is room for voices on the far right as well as on the left to be in dialogue and to make real progress.”

Keene said he hoped that the extreme ends of the political spectrum in the next Knesset can “be in conversation and be mindful of the pluralist nature of Jewish life in Israel, and the relationship that Israel has with Jews, not just in Israel but around the world.”