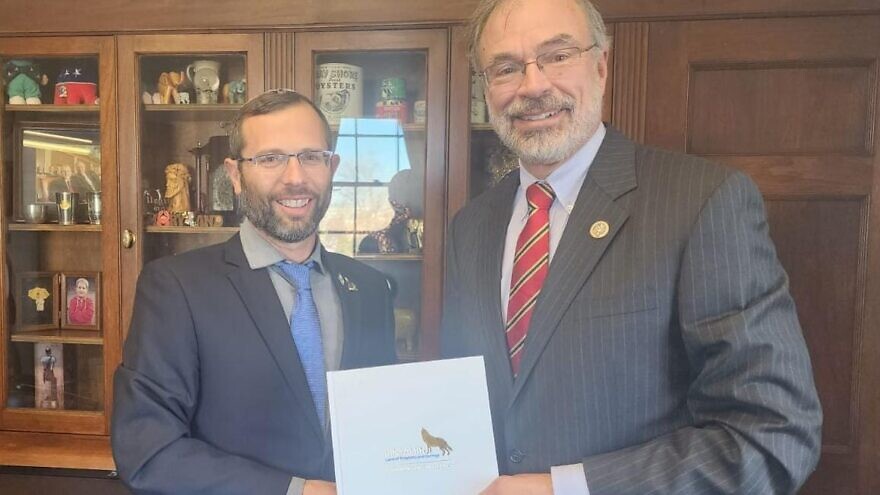 “It is an American interest for Judea and Samaria—indeed all the land of the Bible—to remain a part of Israel. Unification of these biblical lands benefits people of all religions, ensuring religious freedom and access for all. It is not an obstacle to peace but a chance for real peace,” said Harris during a visit to the Binyamin region on Tuesday.

He vowed to ensure that the U.S. does not block Israel from developing the necessary infrastructure to support citizens in Judea and Samaria, and suggested that the White House “should secure funds for these purposes” given that “politics must not stop improving the lives of people living anywhere in Israel.”

Meanwhile, Harris slammed as “unacceptable” illegal Palestinian construction in Judea and Samaria that is being funded by the European Union.

“The Israeli government has every right to halt illegal building by the Palestinian Authority or any other body or persons in areas under Israeli control. This includes Area C of the Oslo Accords—the only areas of Judea, Samaria and Binyamin that are allocated for Israeli use. The intervention by any outside authority, including the E.U., is unacceptable,” he said.

Binyamin Regional Council Chairman Israel Ganz spoke with the congressman about allocating U.S. financial aid to the Palestinian Authority for the development of Judea and Samaria.

“If there is a genuine desire to help the Arab population, the aid money must be designated for building infrastructure,” said Ganz. “At present, the P.A. is misappropriating the funds and instead of improving the lives of its population, the P.A. is polluting the environment and promoting terror and the murder of Jews. The American taxpayer should at least be assured that the money transferred to the P.A. is really benefiting the whole population there.”

Following the U.S. mid-term elections last month, Ganz met with members of Congress, both Republicans and Democrats, to advance the goals of the Israeli communities in Judea and Samaria.

Ganz showed the lawmakers a map of what he described as the Arab takeover of Israeli state lands in Binyamin, in particular, and the involvement of the E.U. in Palestinian Authority projects aimed at the strategic appropriation of territory in Judea and Samaria.