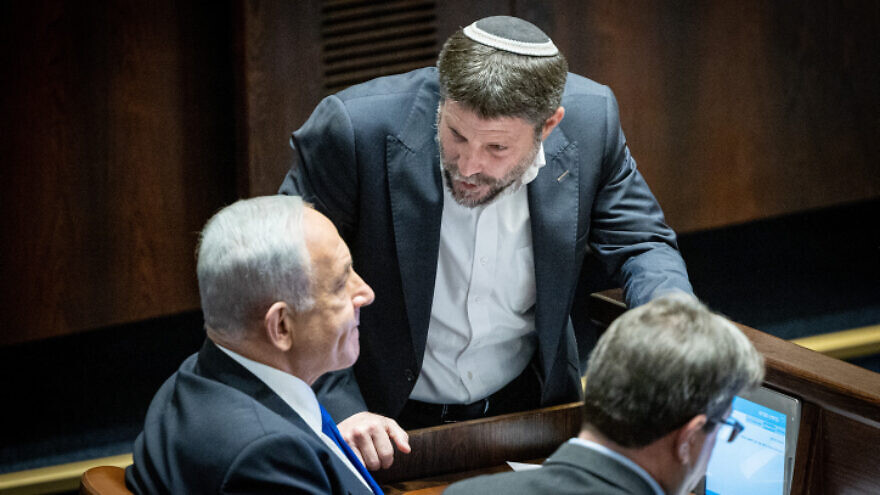 (December 27, 2022 / JNS) The Orthodox Jewish Chamber of Commerce and the Rabbinical Alliance of America condemned as liable to inspire “hate and anti-Israel sentiment” a recent open letter by a group of American rabbis from the Reform, Conservative and Reconstructionist movements pledging to block Religious Zionism Party members from speaking at their synagogues.

A statement issued Tuesday by the New York/New Jersey-based chamber “condemns the hateful comments promulgated by fringe Jewish groups against the work of the new government of the State of Israel.”

More than 330 American rabbis, including some who occupy prominent roles in major cities, wrote last week that they would block members of the Religious Zionism Party, set to be included in Israeli Prime Minister-designate Benjamin Netanyahu’s incoming government, from speaking at their congregations and organizations.

The letter was organized by David Teutsch, a leading Reconstructionist rabbi in Philadelphia, and John Rosove, the rabbi emeritus of Temple Israel in Los Angeles. Among its signatories are current and former rabbinical board members in Chicago and Los Angeles; rabbis of prominent Washington, D.C., area congregations; and former leaders of major Reform and Conservative movement bodies, along with the rector of the Conservative movement’s Los Angeles-based American Jewish University.

It was harshly critical of a number of Religious Zionism-sponsored legislative proposals, including those dealing with conversion, LGBTQ rights, Supreme Court overrides and the application of sovereignty over Judea and Samaria.

“We will speak out against their participation in other fora across our communities,” read the open letter. “We will encourage the boards of our congregations and organizations to join us in this protest as a demonstration of our commitment to our Jewish and democratic values.”

The response from the Orthodox Jewish Chamber of Commerce and the 1,000-rabbi-strong Rabbinical Alliance of America claimed that the content and tone of the open letter foment antisemitism and embolden anti-Israel activists, saying that “with antisemitism surging across the world, and peril on the rise to Jews everywhere, it is nothing short of shocking that a group of people who identify themselves to the world as Jewish leaders can move to inspire even more hate and anti-Israel sentiment.”

The practicality of the boycott pledge is unclear, as Religious Zionism members, often critical of non-Orthodox Jewry, might not accept solicitations to appear at non-Orthodox institutions. That stance was reflected in the OJC/RAA response, which called into question the legitimacy of non-Orthodox movements.

“It’s a disgrace to have clergy members, who are not recognized by the authentic Jewish Faith, pretend to represent the interest of the Jewish world,” the response said. “With friends like these, who needs enemies?”