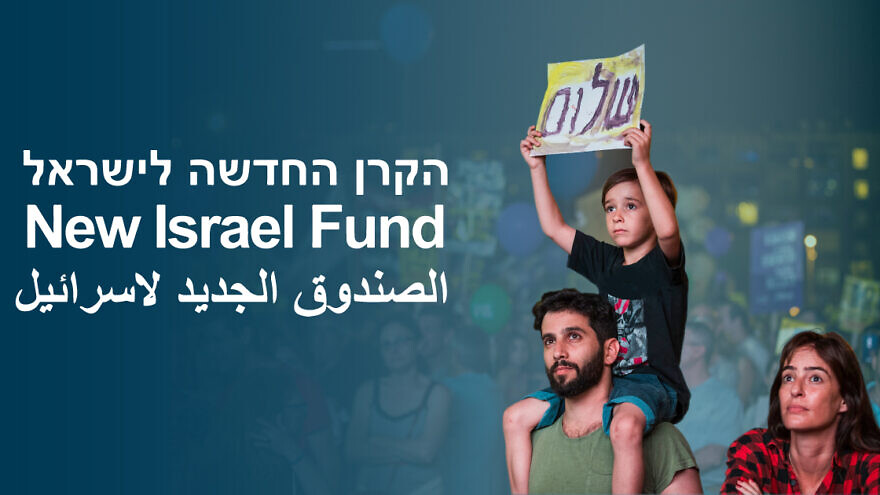 (October 25, 2021 / Israel Hayom) The New Israel Fund has increased its funding of a series of left-wing organizations and Palestinian aid groups, at least one of which has ties to an organization that supports the BDS movement, according to findings by right-wing watchdog group Im Tirtzu.

The report’s findings contradict the New Israel Fund’s claims to donors that “it will not support organizations that call for and support a comprehensive boycott of the State of Israel.”

According to Im Tirtzu’s research and policy division, in 2020, the New Israel Fund gave $125,000 to Baladna-the Association for Arab Youth. According to its Facebook page, Baladna recently collaborated with Qatari-based BDS organization QAYON. According to QAYON’s official website, the organization opposes any form of normalization with the “Zionist entity” and runs BDS campaigns.

Baladna recently worked with QAYON to organize an event benefitting Palestinians detained during the Israel Defense Forces’ Operation Guardian of the Walls. In addition, Baladna is known for its opposition to minorities enlisting in the IDF or doing national service.

Im Tirtzu’s research and policy division head Alon Schwartzer said, “This is not the New Israel Fund, but the Israel Erasure Fund. The findings of the New Israel Fund’s financial reports prove the fund is continuing its support for organizations that act toward the defamation of IDF soldiers, the tying of their hands,and their prosecution at the International Criminal Court at The Hague.”

In a statement, the New Israel Fund responded, “We thank Im Tirtzu for its distorted campaign. In previous instances, these campaigns greatly increased support for us. The New Israel Fund opposes BDS. We will continue to invest in civil-society organizations that work toward justice, equality and democracy in Israel.”

Baladna issued a statement saying: “The association works with youth, and its objectives are clear and detailed in reports and in the media. Within the framework of its activities, a fund that aspires to ensure appropriate legal representation for detainees, a majority of whom are youths, and protect their families from economic decline as a result of the financial burden involved in legal representation, was established.”