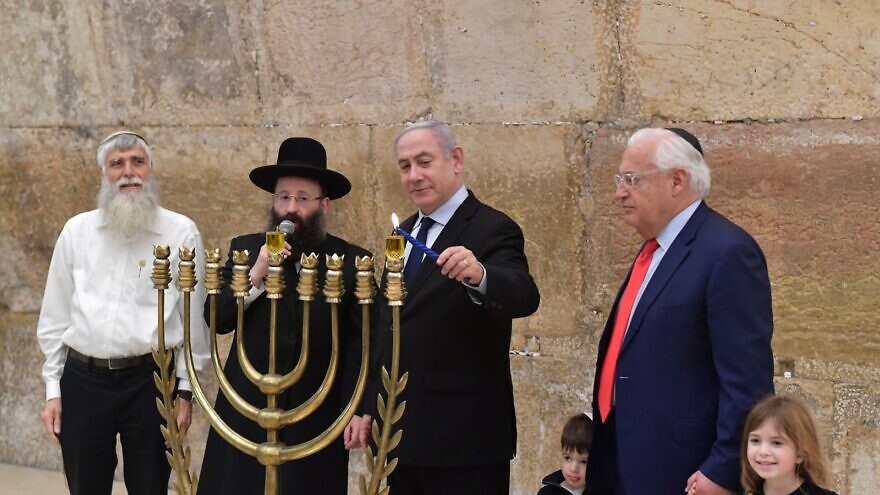 (December 18, 2022 / JNS) Rabbi Shmuel Rabinovitch, the rabbi of the Western Wall, chastised United Nations diplomats from four countries who refused to visit the sacred site, in an open letter on Friday.

The ambassadors of Italy, Romania, Slovenia and Moldova withdrew from a group visit to the Western Wall a week ago when the European Union ordered member-state representatives not to participate in any Israeli-hosted tour of eastern Jerusalem. While Moldova is not a member of the E.U., it is a candidate for membership.

Rabinovitch wrote in his letter: “It was with extreme dismay that I heard of your decision not to attend the official tour of the Western Wall given by the State of Israel for ambassadors. The only thing necessary for the triumph of evil is for good men to do nothing. Your decision to ‘avoid’ the tour was a resounding victory for evil, a deeply upsetting choice.”

He continued: “The Jewish nation does not need anyone’s approval for its eternal connection with Jerusalem and the Western Wall. This is a bond of thousands of years that was shaped by the love of a nation for its God and forged through the fire of destruction.”

He added, “It is a bond that is validated every single day by unusual archaeological findings from the days of ancient kings of Judah, discovered in the earth of Jerusalem. Had you joined the tour, you would have seen them yourself.”