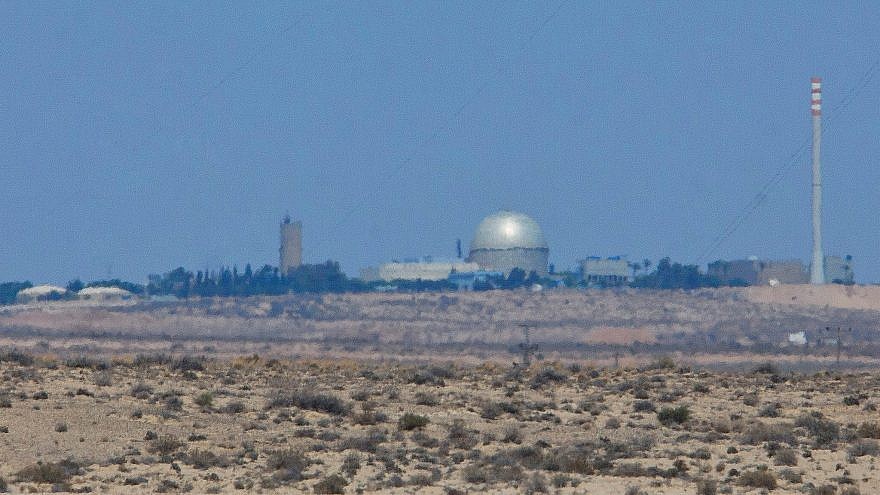 Early on Thursday morning, international media reports said that the Israeli Air Force hit a number of unknown targets in Syria, which triggered a Syrian SA-5 surface-to-air missile battery to fire on the Israeli aircraft.

Maj. (res.) Tal Beeri, director of the research department at the Alma research center, which uses open-source material to shed light on security threats to Israel emanating from Syria and Lebanon, spent 20 years in IDF intelligence specializing in Lebanon and Syria. He said that according to online public flight-tracking programs, the Iranian cargo planes landed at the Damascus airport on April 20.

“Those who follow Iranian cargo planes movements from Iran to Damascus are not surprised by airstrikes that follow them,” he said. “We don’t know what the specific target of the Israeli strike was, but I am certainly linking it to the arrival of the cargo planes,” added Beeri.

“The SA-5 is an old, Russian-built surface-to-air missile,” explained Beeri. “It can reach a range of some 400 kilometers and an altitude of some 40,000 feet. It has a 200-kilogram warhead.”

The missile is originally designed to shoot down larger air targets, like transport planes.

“If it doesn’t strike a target in the air, it continues to fly until it falls because its flight trajectory ends,” said Beeri. “We saw in recent years quite a few incidents during airstrikes in which these missile launches from Syria had unexpected results. Airstrikes can lead to Syrian missiles reaching all sorts of surprising places.”

In September 2018, recalled Beeri, an SA-5 missile hit a Russian intelligence-gathering aircraft while trying to hit an Israeli jet with tragic and deadly consequences.

In July 2019, an SA-5 fired from Syria fell on the Turkish-populated side of Cyprus.

“From our understanding of the incident, the SA-5 fired [on April 22] was launched south of Damascus. The missile did not hit any aircraft, and its trajectory took it over Jordan. When it was over the Dead Sea, it crossed over into Israeli territory and traveled in a straight line until reaching the Beersheva region,” said Beeri.

At that stage, warning sirens went off in the region of the Bedouin village of Abu Qrenat, in the northwest Negev, stated the Israel Defense Forces.

An Israeli air-defense system fired a missile at the Syrian missile but failed to strike it, according to Defense Minister Benny Gantz.

“The IDF acted against necessary assets [in Syria], preventing potential harm against Israel,” he said during a press conference. “An SA-5 crossed border. There was an attempt to intercept that didn’t succeed. The air force is investigating the incident. In most such cases, we see other results.”

Shortly afterwards, the IAF “struck the battery from which the missile was launched and additional Syrian surface-to-air batteries in the area,” the IDF Spokesperson’s Unit said in a statement.

A Syrian military source told the Syrian Arab News Agency (SANA) that the IAF hit targets in the Damascus and Golan regions.

SANA said in its reports that four Syrian soldiers sustained injuries in an Israeli strike south of Damascus and that the attack also caused some damage.

Beeri added that there were also indications that a Syrian officer at the rank of captain was killed in the attack.

Nevertheless, he said, when taken into the context of four incidents in the past three years, even such “‘unusual” incidents become somewhat routine.

“The fact is that the Syrian missile flew until it could not fly any further. This time, it reached the Beersheva region,” he stated.

This has not stopped social-media accounts and media channels affiliated with the radical Shi’ite-Iranian axis from holding what Beeri described as a “celebration” over the incident.

The narrative of “revenge”—in which a surface-to-surface ballistic missile was deliberately fired at the Dimona-based Negev Nuclear Research Center as a “warning strike” to prove what the Iranian axis can do—has taken hold there.

“Here is the ‘revenge,’ but this is totally baseless claim,” said Beeri. “They are linking the incident to recent incidents at the Natanz nuclear site in Iran,” he added, referring to the April 11 blast that tore through the facility, taking thousands of Iranian centrifuges offline and for which Iran has blamed Israel.

Asked if this alternative narrative could still provide a face-saving outlet for Iran, Beeri said that public sentiments in narratives can, in principle, calm desires for revenge, but only if formal decision-makers and military chiefs in Iran agree to use such an outlet.

He added that it remains unclear whether the Iranian leadership, which is aware of what really happened, would do so.