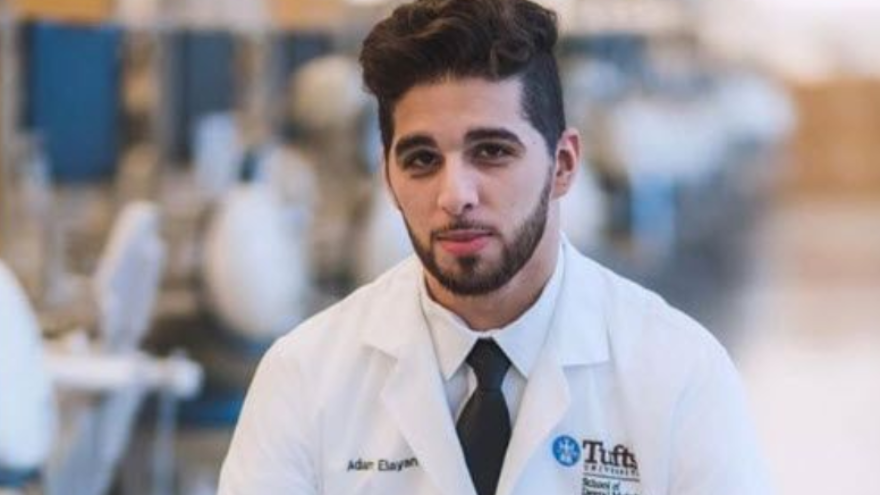 After a lengthy process, his profile was removed this week from the Canary Mission website as part of the Ex-Canary program. The program is designed for individuals who have “shown moral courage to recognize their earlier mistakes, embracing tolerance and coexistence – despite social pressure from their peers.”

We would like to note the important role that StandWithUs played in recognizing that Adam has changed and in giving him a chance. Like us, they were very concerned by Adam’s previous anti-Semitism. However, they kept an open line to him, allowing him to express his regret to them in person.

StandWithUs emailed us suggesting that we look at his case. Having seen a copy of Adam’s op-ed, we had a number of questions.

One question regarded what he meant by anti-Semitism. It is no secret that far-left extremists object to the IHRA definition of anti-Semitism. This is despite its adoption by governments, institutions and sporting bodies around the world, including the Biden administration. In the words of the definition, it is anti-Semitic to deny “the Jewish people their right to self-determination, e.g., by claiming that the existence of a State of Israel is a racist endeavor.”


We asked Adam what he meant by his being against anti-Semitism. He confirmed that he meant the IHRA definition. After receiving his answer and being satisfied by the discussions he held with StandWithUs, it was appropriate to remove him from Canary Mission.

We recognize the courage it takes for Adam to come forward. The extremes of society — those on the far-left, far-right and among anti-Israel activists — are often violently intolerant of divergent opinions. Adam has nevertheless chosen to change and abandon his formerly hateful views, and we commend him for this.

As anti-Semitism continues to rise, it is more important than ever to be vigilant against hatred. There are those on the left who argue that anti-Semitism only exists on the far-right. There are also those on the right who play down far-right hatred of Jews. Neither approach is acceptable. Anti-Semitism must be exposed, wherever it is found, and Canary Mission will continue to do so, as long as it exists.

Republish this article
About The Publishers
Canary Mission
Canary Mission documents individuals and organizations that promote hatred of the USA, Israel and Jews on North American college campuses. Canary Mission investigates hatred across the entire political spectrum, including the far right, far left and anti-Israel activists. Canary Mission gathers content from publicly available sources. We aggregate this information into a concise and easily searchable format, providing free access to the general public. Before publication, all content is verified, meeting our high standards of accuracy and authenticity.
Publish your organization's press release on JNS Wire
Releases published on the JNS Wire are communicated and paid for by third parties. Jewish News Syndicate, and any of its distribution partners, take zero responsibility for the accuracy of any content published in any press release. All the statements, opinions, figures in text or multimedia including photos or videos included in each release are presented solely by the sponsoring organization, and in no way reflect the views or recommendation of Jewish News Syndicate or any of its partners. If you believe any of the content in a release published on JNS Wire is offensive or abusive, please report a release.