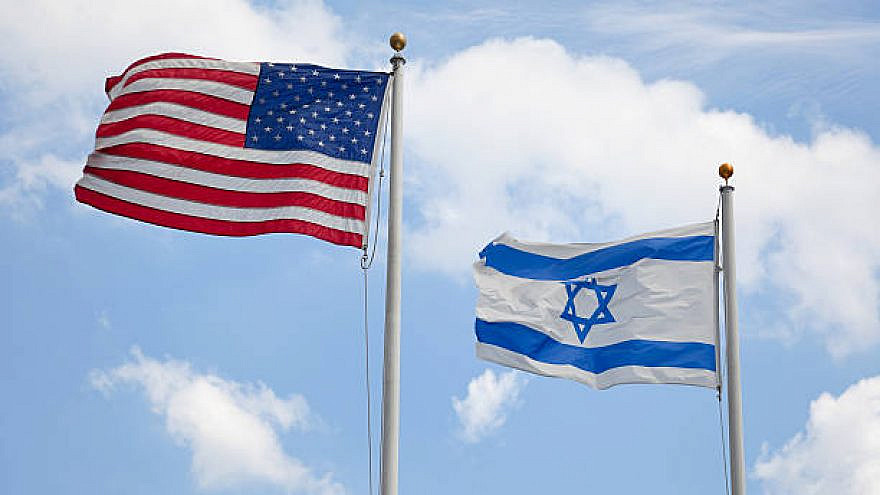 (June 27, 2021, Washington, D.C., JNS Wire) Yesterday, the Senate Foreign Relations Committee adopted bill S.1061, otherwise known as the Israel Normalization Act of 2021. The bill is a major step towards institutionalizing the Abraham Accords as an integral part of the US Middle East policy and holds the promise of better relations between Israel and her neighbors.

For far too long, irrespective of whether Arab governments have signed peace treaties with Israel, many promulgate classic anti-Semitism in their government-issued textbooks in the schools, the mosques, and in the media. Many of these are governments have received billions of dollars in American aid, and Israeli assistance in agriculture, medicine, and high tech because they have signed peace treaties with Israel.

Yet, they continue to impose draconian anti-normalization laws, punishing their citizens with imprisonment, revocation of their citizenship, and sometimes even execution, simply for engaging in normalized, direct people-to-people contact with Israelis. If they are not killed, many of these courageous dissidents are publicly shunned and humiliated with accusations of “treason.” This dooms their societies into a cycle of distrust and suspicion, reducing the possibility of a genuine peace that will endure for generations.

Yesterday, the Senate’s Foreign Relations Committee adopted bill S.1061, introduced by Senators Rob Portman (R-OH) and Cory Booker (D-NJ), that will require the State Department to reconfigure resources and personnel to work towards greater normalization between Israel and Arab countries. The bill also requires the DoS to issue, an annual report, as part of the Country Report on Human Rights, concerning the status of “anti-normalization laws” in each country within the Bureau of Near Eastern Affairs; instances of persecution of their citizens or residents who engage in any way with Israeli citizens, or who call for oracle with Israel, or who visit the state of Israel; instances of extrajudicial retribution against their Arab residents and citizens who engage in any of these activities; evidence of steps taken by these governments towards permitting or encouraging people-to-people relations between their Arab citizens and Israelis; and finally: instances of Arab governments using their state-owned or state-operated media outlets to promote anti-Semitism.

Says Sarah Stern, founder, and president of EMET “We are extremely grateful to Senator Rob Portman (R, Ohio) and Senator Cory Booker (D, New Jersey), as well as the 57 other co-sponsors who had the wisdom to recognize the true value of direct, people to people relations. As President John F. Kennedy had said, “Pease does not just exist in signed documents and charters alone, but in the hearts and minds of people.”

We are fortunate to have as part of our EMET team, Hussein Aboubakr Mansour. Hussein’s former life in Cairo serves as an abject case study of the bill’s horrific retribution, including imprisonment and physical torture, that the Egyptian government had inflicted upon him, simply for an effort to find out about Israelis and Jews and for reaching out to Israelis in friendship. Hussein was a central part of EMET’s efforts to promote the bill and to educate elected officials about the harsh realities of life in the Middle East. Hussein provided input into the drafting of sections of this important legislative initiative

We, at EMET, have spent months and months educating our elected officials about the risks of severe punishment that so many brave Arab dissidents expose themselves to just for wanting to engage in normal relations with Israelis. These people, many of them young and idealistic are sick and tired of their autocratic governments brainwashing them about what to believe and whom to hate. We feel that this bill represents the hopeful wave of the future. Now we have to work to ensure that it passed the house.” 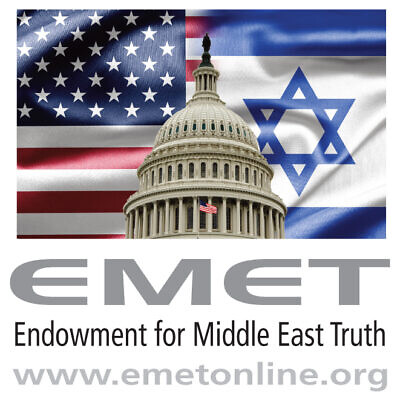 EMET: Endowment for Middle East Truth
Publish your organization's press release on JNS Wire
Releases published on the JNS Wire are communicated and paid for by third parties. Jewish News Syndicate, and any of its distribution partners, take zero responsibility for the accuracy of any content published in any press release. All the statements, opinions, figures in text or multimedia including photos or videos included in each release are presented solely by the sponsoring organization, and in no way reflect the views or recommendation of Jewish News Syndicate or any of its partners. If you believe any of the content in a release published on JNS Wire is offensive or abusive, please report a release.