(November 4, 2021, JNS Wire) The Conference of European Rabbis (CER) will present one of its highest awards to Katharina Von Schnurbein, the first European Commission Co-ordinator on Combatting Antisemitism at a ceremony held in Munich, Germany, later this month.

The 2021 Rabbi Moshe Rosen Prize honors her outstanding example of civic involvement for a tolerant Europe and unceasing solidarity with the Jewish community. Ms Von Schnurbein will receive the accolade at the organization’s 32nd General Convention, which is taking place from 22nd-24th November 2021.

Within her role, Ms. Von Schnurbein has taken a leading role in helping the EU to devise a comprehensive strategy on combating antisemitism in its efforts to promote a unique European way of life. She has also been highly vocal on the need to combat antisemitism and hate speech on social media, having previously presented the Commission’s pledge to address online hate with strong legislation, a network of trusted flaggers to remove illegal hate speech and fact-checkers to address conspiracy and disinformation.

Prior to her current post, she worked for five years as advisor to EU Commission President José Manuel Barroso on the dialogue with religions and non-confessional organizations. Katharina started working for the European Commission in 2002 as press officer for the EU Delegation in Prague. With enlargement, she moved to Brussels as the spokesperson for Employment, Social Affairs and Equal opportunities under the responsibility of the Czech EU Commissioner Vladimir Špidla. She spent the academic year 2017/18 as EU fellow at the European University Institute in Florence to research effective measures to combat antisemitism across Europe.

Commenting on her award, Chief Rabbi Pinchas Goldschmidt, president of the Conference of European Rabbis, said: “Katharina Von Schnurbein has shown tremendous dedication to the promotion of interfaith relations and protection of religious freedom for all and we are pleased to be able to recognise her invaluable contribution to this area of work. Her unabated commitment and dedication to supporting the Jewish community of Europe is nothing short of extraordinary and something for which the Conference of European Rabbis wished to convey its sincerest gratitude. We look forward to continuing our work together on promoting tolerance and safeguarding one’s right to practice their religion freely, without fear of anti-religious hate.”

This year’s convention will be attended by several highly esteemed figures from across the political, religious and business spheres, including Felix Klein, Federal Government Commissioner for Jewish Life in Germany, internationally renowned TV presenter and journalist Ali Aslan, Chief Rabbi Riccardo Di Segni, Chief Rabbi of Rome, Monika Hohlmeier, member of the European Parliament and former special rapporteur of the Committee on Terrorism, and Dr Boris Mints, chairman of the CER Board of Patrons.

Chief Rabbi Moshe Rosen, after whom the prize is named, served as the Chief Rabbi of Romania for many years and safeguarded his community through great self-sacrifice during years of communist rule. 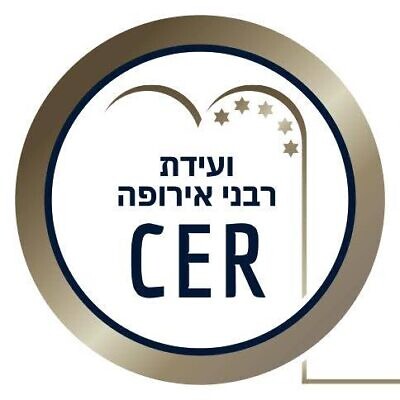 Conference of European Rabbis
The Conference of European Rabbis (CER) is the primary rabbinical alliance in Europe. It unites more than 900 religious leaders of the mainstream synagogue communities in Europe. The conference is designed to maintain and defend the religious rights of Jews in Europe and has become the voice of Judaism for the European continent.
Publish your organization's press release on JNS Wire
Releases published on the JNS Wire are communicated and paid for by third parties. Jewish News Syndicate, and any of its distribution partners, take zero responsibility for the accuracy of any content published in any press release. All the statements, opinions, figures in text or multimedia including photos or videos included in each release are presented solely by the sponsoring organization, and in no way reflect the views or recommendation of Jewish News Syndicate or any of its partners. If you believe any of the content in a release published on JNS Wire is offensive or abusive, please report a release.