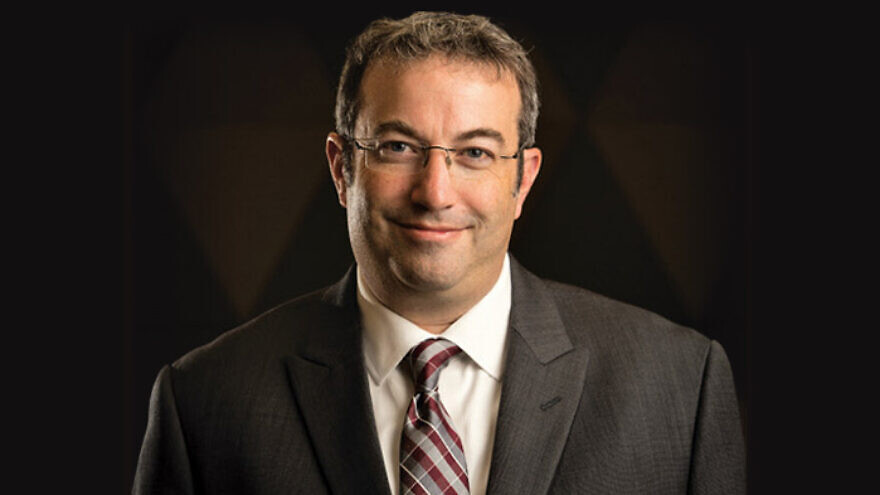 (December 8, 2021, JNS Wire) NEW YORK, NY Dec. 6, 2021—Dr. Ari Berman, President of Yeshiva University, has announced the launch of Rise Up: The Campaign for Yeshiva University, an ambitious comprehensive campaign that will fund scholarships, facilities and faculty/programs to position the University for continued success.

The campaign—launched on December 5—plans to raise $613 million over the next five years to ensure student success in a changing world. This will come through investments in YU’s four areas of strategic focus: values and leadership,science and tech, entrepreneurship and innovation, and great jobs and impactful careers.

Rise Up: The Campaign for Yeshiva University has already raised more than $250 million since its quiet phase began in Fiscal Year 2019. Under Dr. Berman’s helm, fundraising for the University has significantly increased from about $30 million annually in 2018 to $92 million in 2021.

“The Torah teaches 613 ways to honor God, show respect for others and build an ethical, flourishing society. Raising $613 million for scholarships, faculty and facilities reflects our core Torah values and meets our needs for the future. Committed to academic excellence and geared to empower our students to be the leaders of tomorrow, the flagship Jewish university is on the rise,” Dr. Berman said. “Now is the time to rise up and become a partner in the future.”

The commitments already made during the campaign’s quiet phase demonstrate tremendous confidence in Yeshiva University’s future and have made an impact through a number of new initiatives. These include:

Much of the success of the quiet phase has been due to the leadership of the Campaign Planning Committee, co-chaired by Sen. Joseph Lieberman and Anita Zucker. The Campaign Cabinet includes Elliot Gibber, Billy Greenblatt, Andrew Herenstein, Lance Hirt, Ira Mitzner, Ann Pava and Mark Wilf.

“We are thrilled by our donors’ support during the quiet phase of this campaign and expect the public phase will produce similarly inspiring results,” said Anita Zucker. “We are eager to see what’s possible when we come together in support of the next generation of leaders.”

“In recent years, we have seen more than ever the need for leaders with a broad-based education and a foundation of solid values,” said Sen. Lieberman. “Yeshiva University provides a unique education that does just that. This campaign will improve our capacity to fulfill that special mission and broaden our reach as well.”

Rise Up: The Campaign for Yeshiva University is being launched during a time of great achievement. The University rose 29 places—from 97 to 68—over two years in the 2022 U.S. News & World Report rankings and was ranked #33 in the report’s best value category.

Over the past four years, YU has launched more than 20 new programs, including an associate degree in liberal arts; bachelor’s programs in business analytics, finance, marketing, and strategy and entrepreneurship; and master’s degrees in Holocaust studies, cybersecurity and physician assistant studies. Over that same period, the University grew graduate school net tuition by more than 60%.

A doctorate program in occupational therapy was also launched in 2020 and YU’s expanded partnership with Montefiore and its affiliated medical school, the Albert Einstein College of Medicine, included the launch of a new B.A./M.D. program, offering a direct pathway to the medical profession for elite high school graduates attending YU’s undergraduate honors programs. YU’s Maccabees are ranked No. 1 in the nation in Division III basketball and hold the longest winning streak in men’s college basketball with 46 consecutive wins.

In support of campaign launch, the University’s Office of Institutional Advancement has planned a series of events across North America, including South Florida, Los Angeles, Houston, the Hamptons, Long Island, New Jersey, Chicago and Toronto, among other markets.

To view the 2021 President’s Report, go to yu.edu/presidents-report. To view the Hanukkah Dinner program, go to yu.edu/hanukkahdinner. For more information about the campaign for Yeshiva University, visit riseup.yu.edu.

About The Publishers
Yeshiva University
Publish your organization's press release on JNS Wire
Releases published on the JNS Wire are communicated and paid for by third parties. Jewish News Syndicate, and any of its distribution partners, take zero responsibility for the accuracy of any content published in any press release. All the statements, opinions, figures in text or multimedia including photos or videos included in each release are presented solely by the sponsoring organization, and in no way reflect the views or recommendation of Jewish News Syndicate or any of its partners. If you believe any of the content in a release published on JNS Wire is offensive or abusive, please report a release.