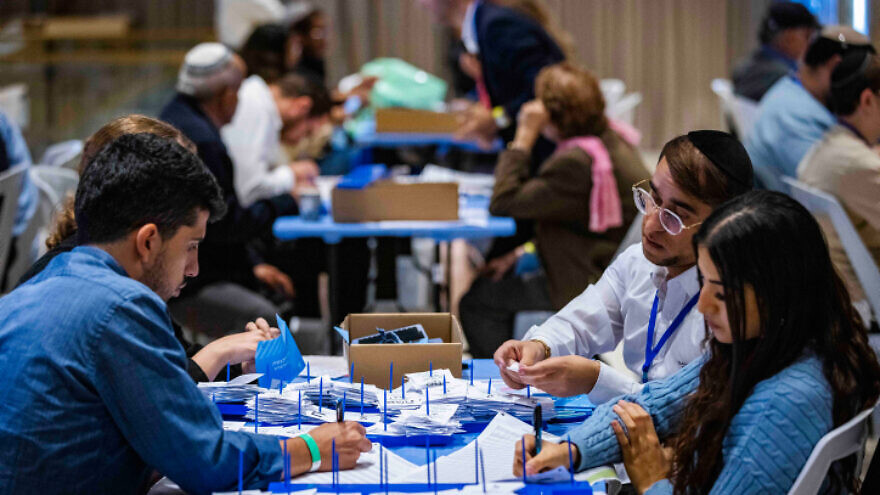 (November 3, 2022 / JNS) With 99% of the votes tallied, the right-wing bloc led by opposition leader and Likud Party Chairman Benjamin Netanyahu dropped to 64 Knesset seats from 65, the Central Elections Committee reported on Thursday afternoon.

The one-seat loss came at the expense of United Torah Judaism, an ultra-Orthodox party and reliable right-wing partner of Netanyahu. It fell from eight seats to seven. Gaining a seat was the Yisrael Beiteinu Party headed by Avigdor Liberman, rising from five to six mandates.

The change will not impact Netanyahu’s chances to form a coalition as only 61 seats are required to reach a parliamentary majority in Israel’s 120-seat Knesset.

As things stand, Netanyahu’s Likud Party remains stable at 32 seats. His other likely coalition partners the Religious Zionist Party and Shas have held steady at 14 and 11, respectively.

On the other side of the aisle, Prime Minister Yair Lapid’s Yesh Atid is predicted to garner 24 seats, followed by Defense Minister Benny Gantz’s National Unity at 12. The Islamist Ra’am and the predominantly Arab Hadash-Ta’al sit at five seats each. The Labor Party would take four seats.

The far-left Meretz Party’s chances of overcoming its vote deficit reportedly dropped to zero. It came up short in the early count and will fail to pass the 3.25% electoral threshold necessary to enter Israel’s parliament.