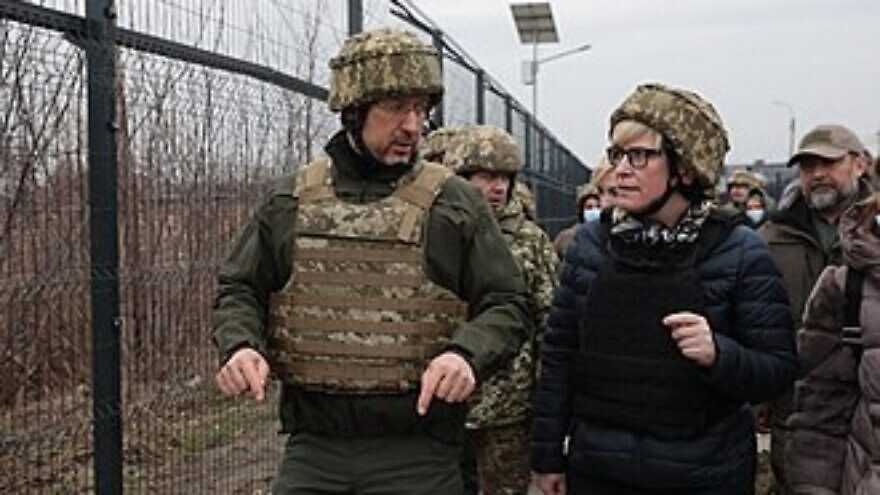 provide €37 million ($11.36 million) as symbolic compensation to private claimants and to the Lithuanian Good Will Foundation with respect to heirless Jewish property.

The legislation passed in the third reading Thursday by a vote of 74 in favor and six against, with two abstentions.

symbolic justice to Lithuanian Holocaust survivors and their families and to support Jewish life in Lithuania.”

During World War II, the Nazis and local collaborators annihilated over 90% of the 220,000 Jews in Lithuania. About 5,000 Jews currently live in the country.

“The legislation adopted today is a meaningful acknowledgement of the tragedy that befell Lithuanian Jewry, and we hope it will lead to the continued recognition of historical dimensions of its tragedy,” said WJRO Chief Operating Officer Mark Weitzman. “We hope other countries which have not yet acknowledged the loss of heirless property might learn from this example.”

The legislation came after long periods of intensive negotiations with WJRO, the Lithuanian government and the local Jewish community.

“These positive results come after lengthy discussions we had with Prime Minister Ingrida Šimonytė and Faina Kukliansky, Chairwoman of the Lithuanian Jewish Community,” said Rabbi Andrew Baker, director of International Jewish Affairs at American Jewish Committee. “This new legislation will continue to help the preservation of Jewish heritage in Lithuania, further revitalize the community, help elderly Lithuanian Holocaust survivors and provide compensation for those who had their property wrongfully taken from them.”

Though this represents only a fraction of the value of prewar Jewish property, the legislation does set Lithuania apart from most other countries in the region that have yet to take any measure with respect to heirless property.

“We welcome the vote by the Lithuanian government to provide restitution to the Lithuanian Jewish community and to Lithuanian Holocaust survivors,” said Mark B. Levin, executive vice chairman and CEO of the National Coalition Supporting Eurasian Jewry. “I want to thank everyone associated for the passage of this law for their continued support to provide a measure of justice to Lithuanian Holocaust survivors and their families for the horrors they suffered during World War II and its aftermath.”

Over a decade ago, the Lithuanian parliament passed legislation to pay €37 million in compensation for former Jewish communal property. The new measures will now double these funds.