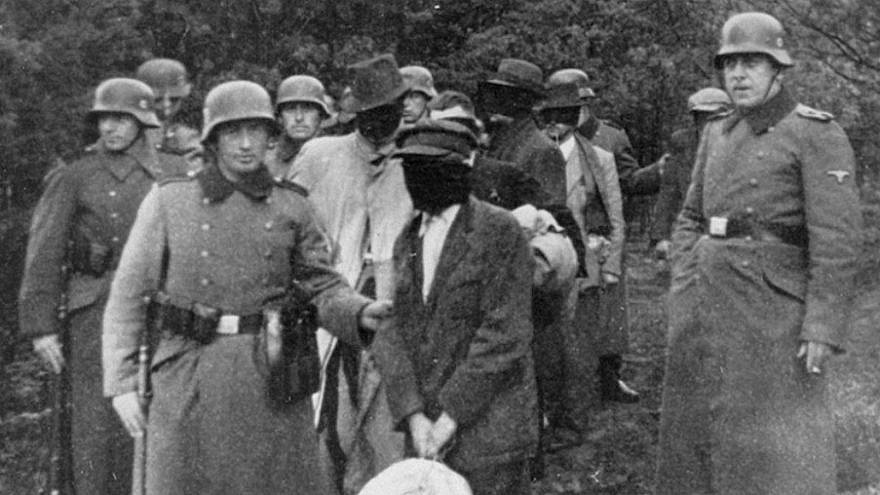 (February 14, 2021 / JNS) Israel’s Yad Vashem Holocaust memorial center said on Thursday that it was “deeply disturbed” by the implications of a Polish court’s recent ruling in a libel case involving the alleged wartime actions of Edward Malinowski, the former mayor of Malinowo, Poland.

On Tuesday, the court ordered professors Jan Grabowski and Barbara Engelking, the editors of “Night Without End: The Fate of Jews in Selected Counties of Occupied Poland,” to issue a retraction of their work and apologize to Malinowski’s niece, who initiated the libel suit. The two-volume study cites a Polish survivor as saying that Malinowski gave up Jews to the Nazis.

“Any attempt to limit academic and public discourse through political or legal pressure is unacceptable and constitutes a substantive blow to academic freedom,” said Yad Vashem in a statement.

While acknowledging the verdict, Yad Vashem said that it “knows and respects the professional work of the scholars” and will publish the English edition of the book, which the museum said was grounded in “scrupulous analysis of a body of existing documentation.”

Grabowski is a professor of history at the University of Ottawa in Canada, and Engelking is the founder and director of the Polish Center for Holocaust Research in Warsaw.

The libel case stems from a controversial 2018 law passed by the Polish government that made it a civil offense to make false accusations about Polish responsibility for the Holocaust. The law originally included criminal penalties but was amended after an international outcry.

“The existing diverse documentation, along with many decades of historical research, shows that under the draconian Nazi German occupation of Poland, and despite the widespread suffering of the Polish people under that occupation, there were Poles who were actively involved in the persecution of the Jews and in their murder,” noted Yad Vashem.

“The prosecution of researchers and journalists who deal with these issues, instead of pursuing academic discussion as is the norm throughout the world, constitutes a real threat to academic and press freedom,” the museum added.