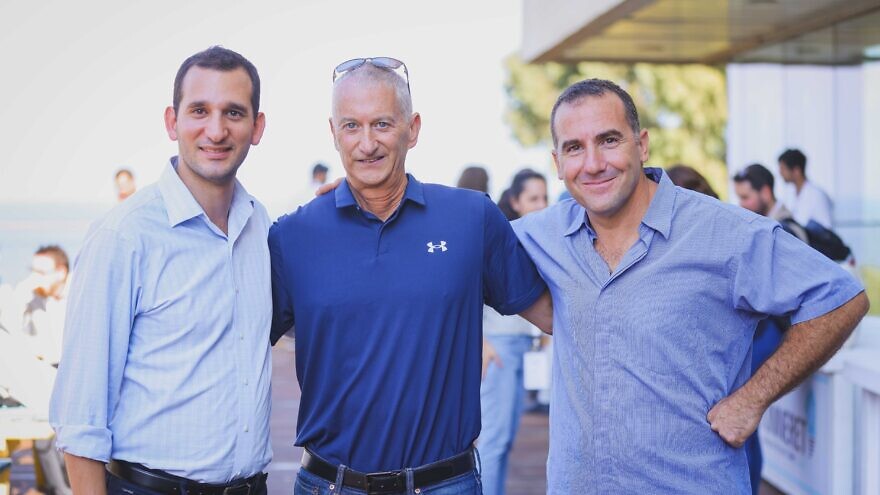 (November 22, 2022 / JNS) The Start-Up Nation is returning to its agricultural roots.

That, at least, is the impression one gets at the pristine offices of the Kinneret Innovation Center, which is emerging as a leading Israeli tech hub for agriculture, water and sustainability. Situated in an area known more for Christian tourism and date trees, this off-grid location is the latest hot spot for Israeli high-tech.

Founded four years ago on the southern shore of the Sea of Galilee, just south of Tiberias on the Kinneret College campus, the center seeks to leverage its fertile setting and the century-old know-how of the local agricultural industries to become an engine for high-tech growth in northern Israel.

The center seeks to become a world-renowned hub of innovation, bringing startups to the area and sowing the seeds of prosperity.

A state-of-the-art technology park focusing on agro-tech and water is under construction and scheduled to open in 2024.

The center’s current activities include an innovation academy for youth and adults, an investment fund for entrepreneurs, and accelerators and incubators for new startups. But perhaps most critically, it homed in on “industrial innovation” in the agricultural region by pushing and then overseeing technological collaboration between industry and academia, with high-tech companies, and entrepreneurs, to create an agro-nation in the North.

Call it 21st-century Zionism on the shores of the Sea of Galilee.

“I believe that we have enormous global challenges which are a great opportunity in the fields of water, agriculture and climate change,” said Elad Shamir, CEO of the Kinneret Innovation Center. “Our challenge is to utilize the vast know-how we have in Israel in the fields of technology and entrepreneurship and to focus it on the world’s challenges. Zionism here is creating an engine of growth for the periphery by leveraging 120 years of agricultural know-how.”

The unassuming father of four is the grandson of the late Prime Minister Yitzhak Shamir, a Zionist stalwart who uncompromisingly believed in the Land of Israel.

Before he took up his current position, the younger Shamir was asked to be director general of a gaming corporation. Working on online video games for kids was the furthest thing from his mind.

“I understand that my time on this Earth is limited. My goal is to do [something] good for the country by realizing the Zionist dream in light of present-day challenges, and to create an economic growth engine which will remain in place long after me,” he said.

The Kinneret Innovation Center was created in partnership with the college; Zemach Regional Industries Ltd., a cooperative owned by 33 agricultural communities in the North of Israel; and the Keren Kayemeth LeIsrael-Jewish National Fund. Together they are funding the NIS 65 million ($18.73 million) high-tech park now being built.

When completed, the technology park is to span 3,000 square meters (32,300 square feet)—somewhat symbolically built on the site of a date factory that went bankrupt—and include laboratories, technological hubs and a visitor’s center, creating the premier R&D and innovation facility in northern Israel.

“Is this not the realization of Zionism? Our ability to unify our national technological talent for the benefit of solving international problems and, at the same time, create a better economic reality for the periphery of the country,” said Tomer Swisa, the center’s director of industry innovation and international relations.

A graduate of Jerusalem’s Shalem College, where he grew determined to combine business and Zionism, Swisa found his direction in life while serving as an intelligence officer in the elite General Staff Reconnaissance Unit (Sayeret Matkal) and translating a speech by Hezbollah leader Hassan Nasrallah from Arabic to Hebrew in which the Lebanese terrorist opined on Israeli weaknesses.

Leveraging the region’s expertise in working the earth in cooperation with Israel’s internationally renowned high-tech minds and entrepreneurial spirit has garnered global interest and is putting the area squarely on the map of agritech.

The center has hosted delegations from 52 countries and is working with companies from Japan, Costa Rica, the Netherlands, Germany and Spain. It is negotiating a collaboration with a company from the United Arab Emirates, as part of the burgeoning ties between the countries in the wake of the 2020 Abraham Accords. The center works directly with 41 startups within its portfolio, companies that have raised $63 million in capital.

The changes are a revolution in the making,

Shamir cites a survey from five years ago that spurred the center’s creation. It showed that while 94% of Kinneret College graduates found work in their field, only 2% were employed in the North.

“The talent is here, just not the opportunity,” he said.

“Four years ago, I understood that most youths in northern Israel were not exposed to the world of high-tech and innovation going on in the center of the country, and it wasn’t in their aspirations,” said Shir Alyagor, director of education at the center. “Here they dreamt of being sports stars or becoming building contractors, as opposed to their peers in the center of the country who thought of being in intelligence, entrepreneurship or politics. I thought to myself: Why shouldn’t the youth here also dream of being entrepreneurs?”

The center’s Innovation Academy, which works with students, faculty members, industry, entrepreneurs and international organizations, offers courses in innovation, how to build a startup and digital transformation, and holds biannual hackathons for water tech, agritech and related industries. 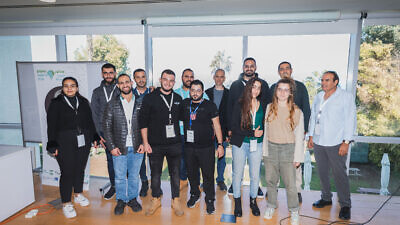 “Be the Change You Want to See in the World,” a huge banner quotes Mahatma Gandhi at the center’s most recent hackathon on Thursday. “Building High-tech in the Arab Society,” another says as Arabs intermingle with their Jewish peers.

“Innovation and high-tech infrastructure should indeed be dispersed throughout the country and not just concentrated in one centralized area,” said Omar Gharra, a senior software developer at the Netherlands-based Just Eat Takeaway online food ordering and delivery company who came to serve as a mentor at the WaterThon hackathon.

Gharra, from Jatt, an Arab village located near Netanya, said, “Fifty years ago, you looked outside [the village] and you [just] see sheep. Of course you had doctors and nurses but this technology is something new.”

The 30-year-old noted his eagerness to share his knowledge with the next generation of engineers.

“We want everyone in the region starting with the youth to have this curiosity and the tool kit to create innovation,” said Shani Biran, director of the Innovation Academy. “Our grandparents were the pioneers. They established and built the state. We want to leave our kids a better place to live.”

It is a recurring theme at the center.

Shamir, who offers a demure glance when discussing his family heritage that is a slice of Israel’s history, responds, when pressed, that everyone is a product of his place of birth and nurture.

“Clearly this is my way to realize the Zionist dream in the Land of Israel and to create a brighter future for the People of Israel in the Land,” he says. “I am the product of values and education from my home, from my parents and grandparents, and now it is my task, my part, to make Israel better.”