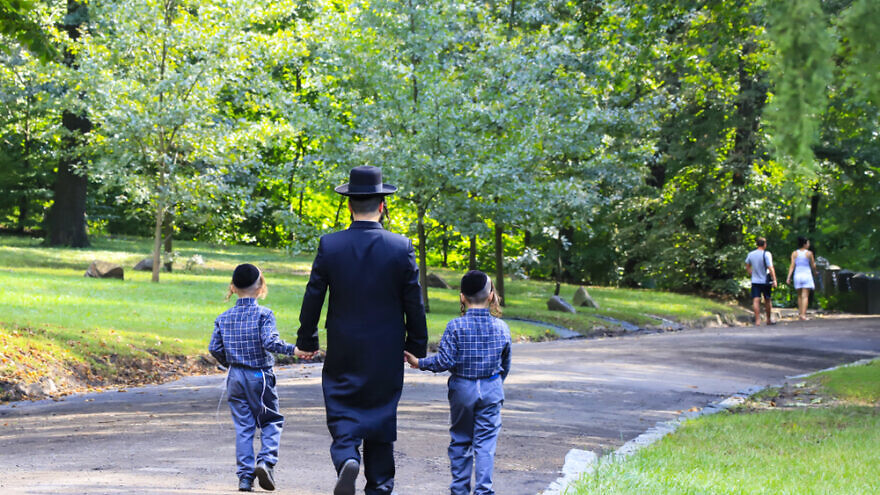 A Jewish man and his children walking in a park. Credit: Shutterstock.
Spread the word.
Help JNS grow!
Share now:

(December 30, 2022 / JNS) Agudath Israel of America in a statement on Thursday, criticized the New York Times for its latest story which accuses Hasidic Jews of taking advantage of a policy designed to make special education more available.

“Another week, another front-page attack on Orthodox Jews – this time targeting children with special needs and their families,” the statement reads.

In its latest story, the Times alleges that private companies serving Hasidic and Orthodox Jewish schools are now collecting over $350 million a year in government money in exchange for special education services that are not always needed or even provided. Yeshivas have reportedly urged parents to apply for medical prescriptions and submit requests for aid on behalf of their children.

This story marks the latest in a series by the paper that began in September, which reported that yeshivas were providing little to no secular education as mandated by state law.

“The New York Times confirms, for the 13th time in just three and a half months, its obsession with spreading misinformation and demonizing Orthodox and Hasidic Jews,” the statement continues. At the same time, antisemitic attacks specifically targeting the visibly Jewish in New York City – the ones targeted by the New York Times – have risen exponentially.”

This statement marks the latest instance where Agudath Israel of America has blasted the New York Times’ coverage for “defaming and misrepresenting” the Orthodox Jewish community. According to the Anti-Defamation League, antisemitic instances in the U.S. have hit an all-time high.

“Why is the New York Times using its enormous megaphone to spread hate and misinformation?” the statement concludes.