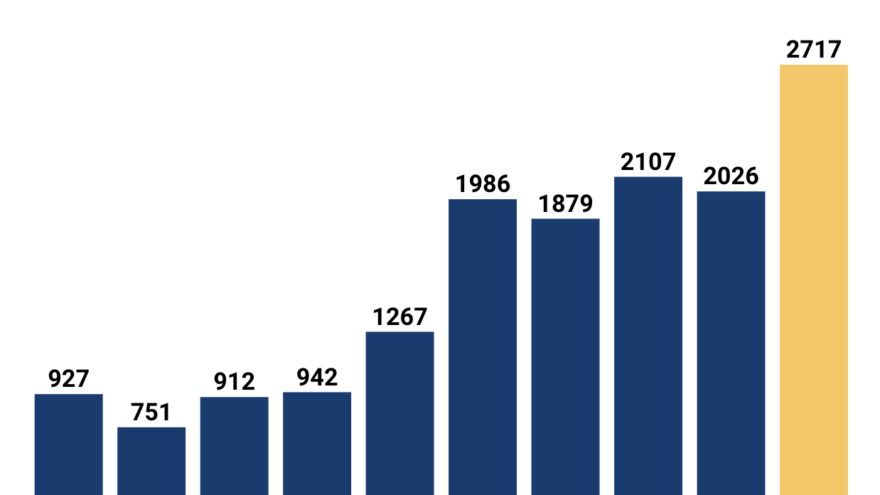 (April 26, 2022 / JNS) A record-high number of anti-Semitic incidents were recorded across the United States last year, according to the just-released “2021 Audit of Antisemitic Incidents” by the Anti-Defamation League.

More than 2,715 instances of Jew-hatred, including assaults, were reported last year—an increase of 34 percent from 2020 and the highest number of incidents since the ADL began keeping records in 1979.

Every state reported at least two incidents of anti-Semitism, though New York charted the highest number of cases nationally. More than 400 incidents were recorded in New York in 2021, up from 336 in 2020, with more than 60 percent occurring in the five boroughs of New York City.

California and New Jersey both saw more than 300 cases of anti-Semitic incidents in 2021. Florida documented nearly 200 cases, while Michigan and Massachusetts had around 110 cases each.

Nearly 400 instances of Jew-hatred were recorded last May during the 11-day conflict between Israel and Hamas in the Gaza Strip. November and December also saw significant hikes in anti-Semitism with 242 and 275 instances, respectively.

Among the other nationwide findings were: 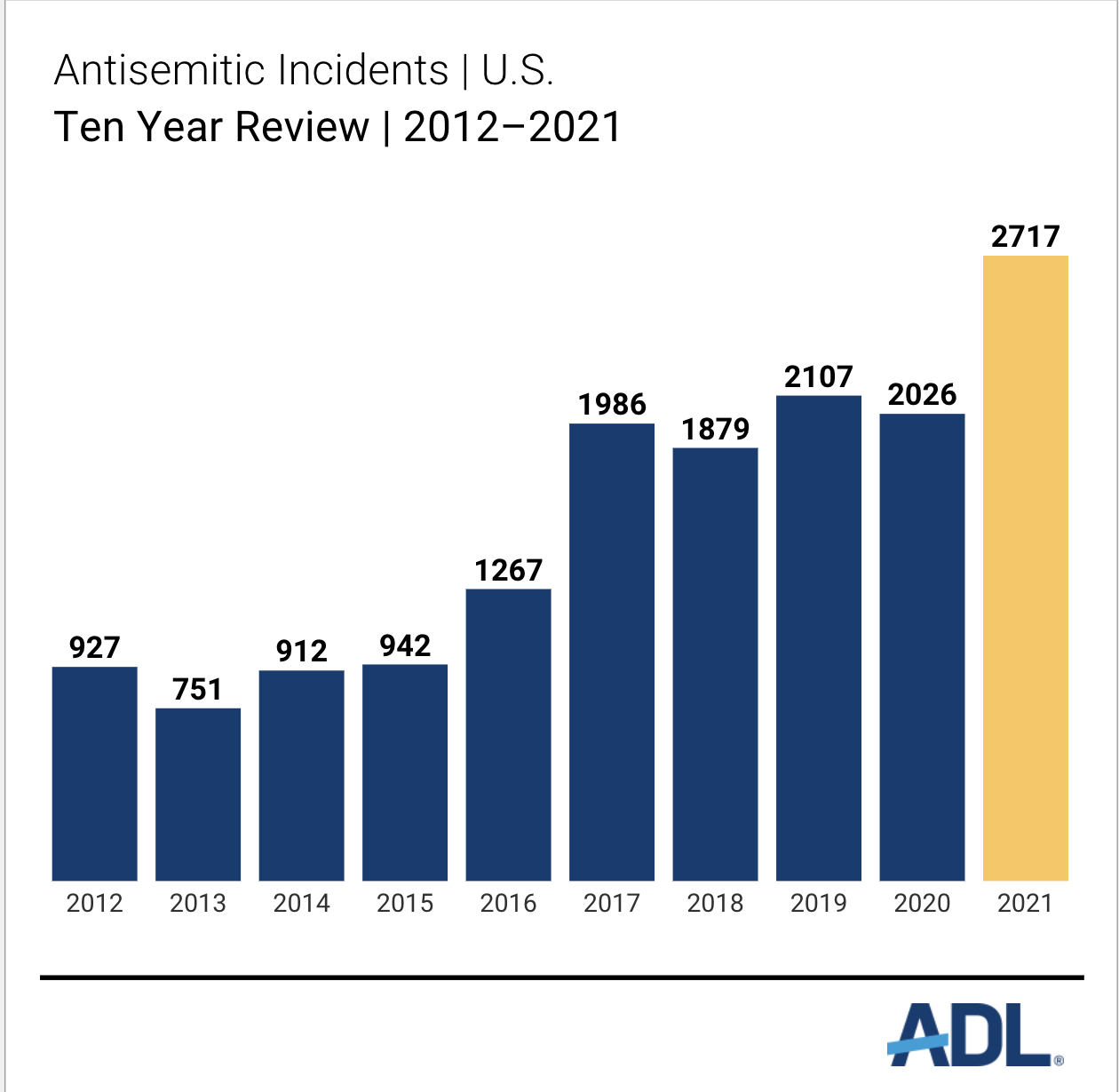 The latest Anti-Defamation League audit shows a 10-year trajectory of incidents against Jewish residents in the United States. Credit: ADL.
Republish this article in your newspaper or website