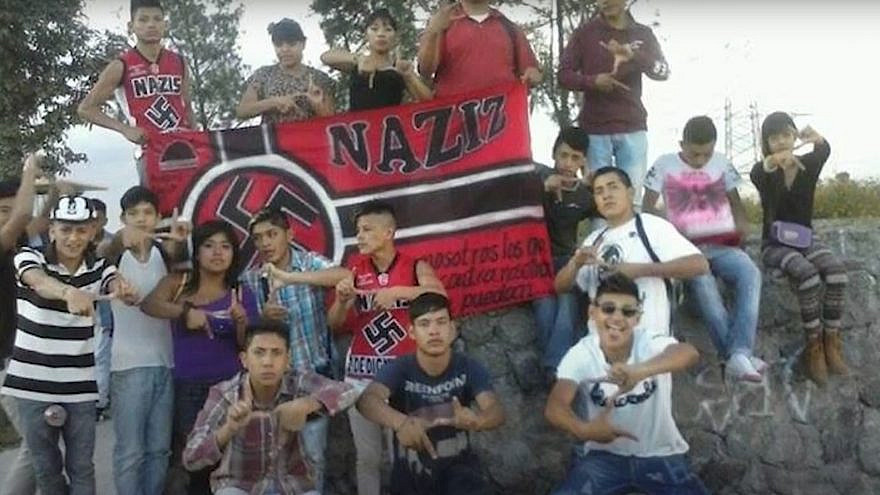 (April 12, 2021 / JNS) Argentinian journalist Julio López recently discovered a Spanish-speaking hate network by creating a computer program that scans websites for hate speech. A journalist and hacker by trade, López originally sought to search for groups like QAnon, wondering if there were similar groups in Argentina. His study unexpectedly uncovered a secret network of alt-right, Nazi groups in Latin America that perpetuate conspiracy theories related to Jews.

“I found out there are groups like QAnon in Argentina—there are many—and they’re large and have done a tremendous job” infiltrating the web, López told JNS. After creating computer code utilizing terminology that is considered hate speech, his program scanned thousands of sites, exposing a “breeding ground” for hate that he says is experiencing a “boom.”

“The first one I found had a YouTube channel with 220,000 subscribers, 3,000 hours of video and over 24 million views,” he explained. “They were recording on a TV studio to replicate regular media content.” The channel, named ‘TLV1’ to pose as a legitimate Israel-based news site ‘TLV1Radio,’ violated YouTube community standards and was eventually taken down for inciting hate.

Conspiracy theories perpetuated, according to López, such as “theories like the Andean plan for Jews to merge a nation into Patagonia, and the idea of a new order governed by key positions that are occupied by Jews”; ideas about “a superior race and the male man as the center of the family”; as well as portraying Jews as “immigrants who steal jobs.” 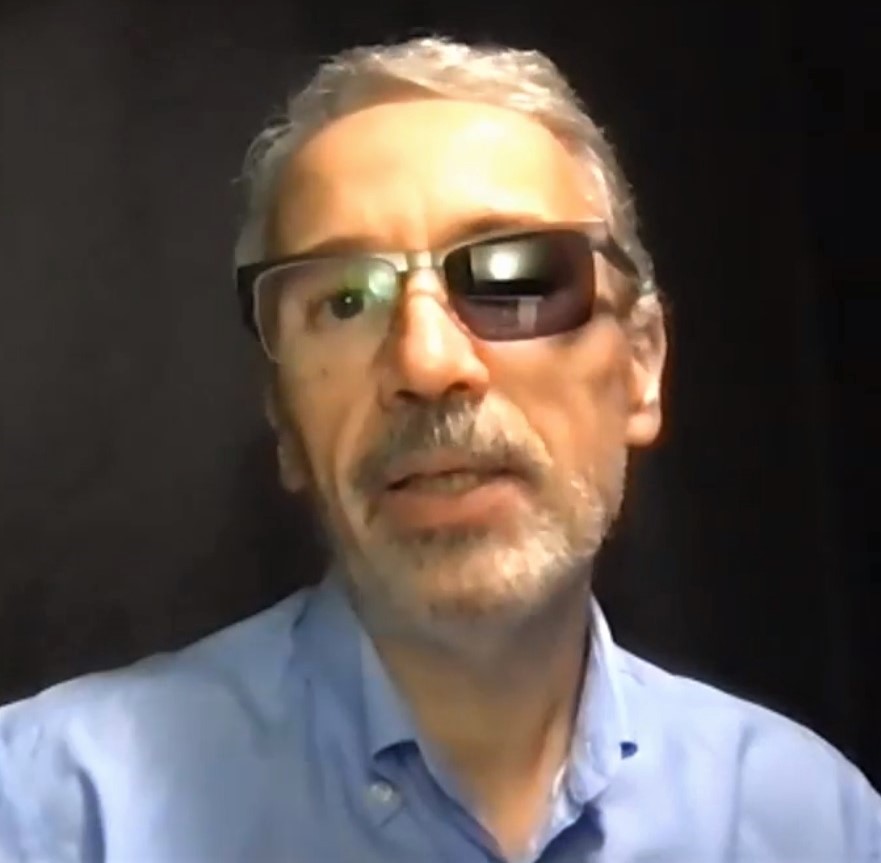 This particular YouTube channel, he explained, spanned multiple countries including Argentina, Ecuador, Peru, Mexico, Colombia and Spain, and had linked Facebook groups in order to reach the maximum number of people. It operated for three years before López’s advocacy got YouTube to shut it down. “However, Facebook allowed their groups to stay open while YouTube banned them; therefore they still had the power to regroup,” he said.

A second group that López found was “more militarized and had more than 80,000 subscribers, wore black and used Nazi fonts and icons … recruiting young people and nurturing them with these ideals. We also found hundreds and hundreds of Telegram channels and satellite groups on Facebook, just waiting to regroup and take action.”

According to López, a self-proclaimed “tech geek who loves media and happened to end up with a microphone in front of me”—López hosts the most-listened-to radio show in the country, “Lanata Sin Filtro”—his algorithm also uncovered hate speech in the network towards the LGBTQ community, women and reproductive rights, and other minorities, and calls to disobey the state.

He said Argentine media originally refused to broadcast his findings (which López said occurred out of fear of the sites losing financial partnerships with Facebook and Google) until pro-Israel NGO Fuente Latina secured him an interview on CNN Español and other major news networks.

According to the founder of Fuente Latina Leah Soibel, only after the story got international press did Argentinian media organizations begin to cover the story.

What López’s network uncovered, said Soibel, is an “incredibly dangerous” trend that exists in the context of fatal anti-Semitic attacks within the Jewish communities of Latin America. Referring to the anniversary of the March 17, 1992 bombing of the Israeli embassy in Buenos Aires, Argentina, that killed 29 people and injured more than 250, Soibel told JNS that “the scars are still real and fresh, and no one has been brought to justice.”

“The proliferation of hate speech in Spanish is very real and needs to quickly be addressed,” she said. “We know too well that what is published on these sites inevitably leads to someone acting on it.”

Soibel commended López for his interest, which intrigued many, as López is not Jewish and even Jewish professionals were not aware of the “tightly knit network that expands to Spanish media in America” that he has exposed.

Uncovering the anti-Semitic “dark web,” said Soibel, is vitally important in what she views as an “information gap” that has occurred during the pandemic, as journalists are not working from their normal production studios, and extremist outlets have sought to fill that void.

Once his study was disseminated in the media, López reported receiving death threats by the extremists that he exposed, with his picture circulating and being named as a “Zionist pig.”

“The proliferation of hate speech in Spanish is very real and needs to quickly be addressed. We know too well that what is published on these sites inevitably leads to someone acting on it.”

He has also spoken out against inadequate response by tech giants. “Facebook and Google don’t have the adequate personnel to work on hate speech as compared to the United States,” said López, whose efforts to flag content as racist and anti-Semitic proved unsuccessful on social-media websites.

His long-term goal is to educate social-media platforms like Facebook that they must approach hate speech differently—not grouping all Spanish-speaking countries together, but understanding hate speech as separate phenomena that occurs in countries that have different histories and cultures supporting it.

“Facebook needs to recognize that Holocaust denial, while it is a serious European and American issue, is not the No. 1 form of verbal anti-Semitism in Latin America,” said Soibel. “Each country has its own form of expressing hate. Hate groups are cultural; there is no one linguistic standard. Rather, hate is country-specific, and Facebook should assign a representative for each country to deal with such challenges.”

López added that he hopes his study will help to uncover “one more piece in the puzzle that clears the confusion between freedom of expression with hate crimes,” as well as empower Jewish organizations to fight hate and gain enough evidence to “take these groups to court and generate a ruling.”

“Hate is not simply stopped,” he said. “Hate must be taken to court.”