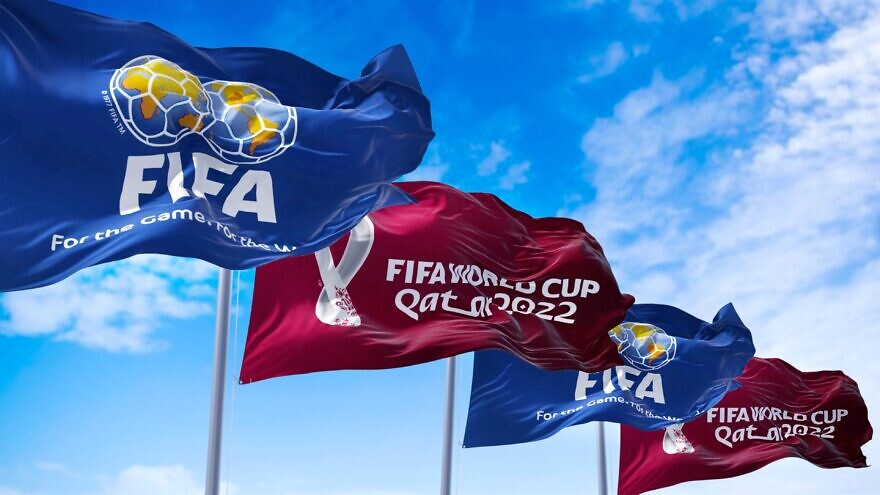 (November 27, 2022 / JNS) Israeli journalist Moav Vardi on Sunday posted footage of an exchange at the World Cup in Qatar in which an Arab fan hurled insults at him, including the charge that he is “not welcome” at the soccer tournament.

During the incident, a clearly disgruntled Vardi, who is the chief international correspondent for the Kan public broadcaster, is abused by the apparently Saudi fan, who says that “there is only Palestine, there is no Israel,” while a crowd of seemingly confused people looks on.

The exchange has since gone viral on Twitter, with the video being viewed more than 4 million times.

Last week, Kan journalist Dror Hoffman said he and his team were kicked out of a taxi by a driver because “we were killing his brothers.” The Israelis were later working near a restaurant when they were told by security guards to delete their film and leave the area immediately.

Meanwhile, Israeli comedian Guy Hochman put a lighter spin on the atmosphere for Israelis in Qatar with a viral video about “I will make peace,” that has been watched nearly 500,000 times.

JNS previously reported that while Qatar supports Hamas and other Islamic extremists, it has accommodated Jews who have traveled there for the World Cup, contrary to early reports which painted the country as obstinately refusing to supply kosher food and prayer spaces.

Last week, the first-ever direct commercial flight between Israel and Qatar took off, bringing some 180 Israeli and Palestinian soccer fans to the soccer tournament.