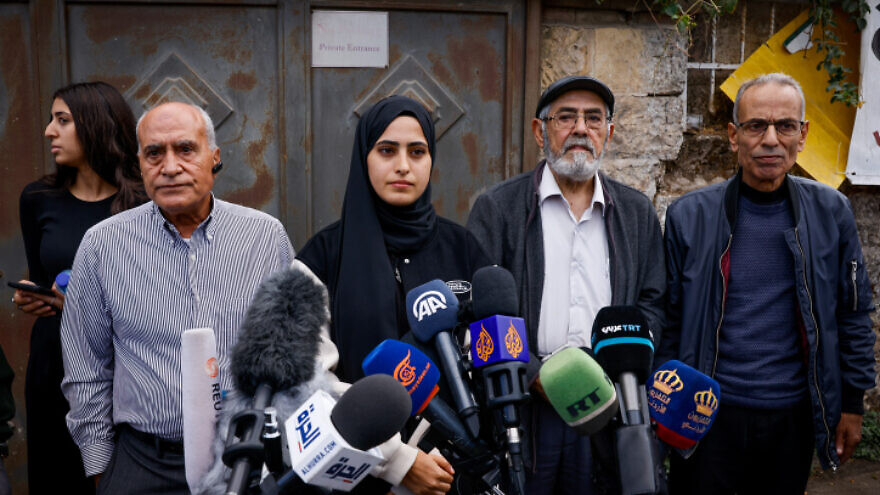 (November 3, 2021 / JNS) Arab residents of Jerusalem’s Sheikh Jarrah neighborhood rejected a deal on Tuesday that would have allowed them to remain in their homes for 15 years as “protected tenants.”

“We unanimously rejected the settlement offered by the occupation court,” said Muna el-Kurd, one of those facing eviction, referring to Israel’s Supreme Court, during a press conference, reported Reuters.

Seeking a compromise solution for a legal battle that has been going on since 1972, the Supreme Court proposed a deal in October that would have allowed four Arab families to remain in their homes, which have Jewish owners. The residents were given until Nov. 2 to accept the compromise.

The court, which had been set to issue a final ruling on the Sheikh Jarrah case in May, postponed the decision due to an outbreak of violence in Jerusalem and a worldwide campaign that turned the case into an international cause célèbre.

On May 10, Hamas and other terror factions in the Gaza Strip launched a rocket attack on Jerusalem, sparking an 11-day conflict with Israel that resulted in more than 4,000 rockets sent across the border towards Israeli civilian populations. It ended in a ceasefire on May 21.