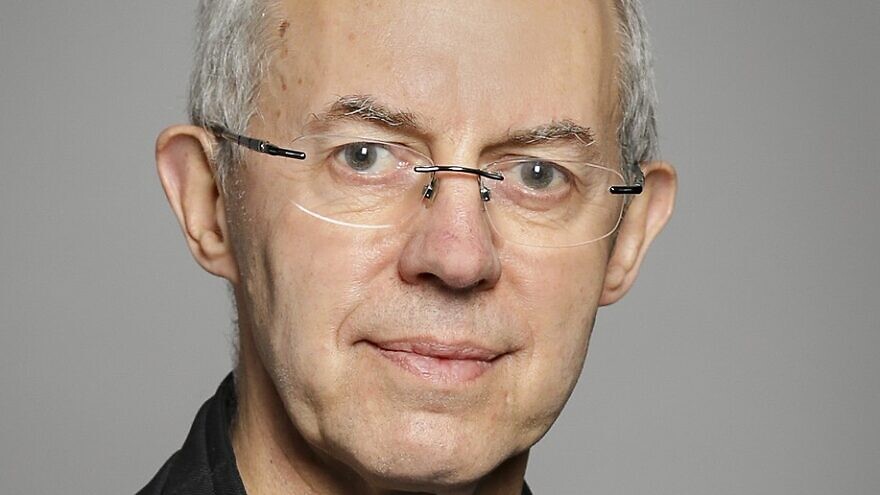 (November 1, 2021 / JNS) The Archbishop of Canterbury Justin Welby apologized on Monday for comparing climate change to Nazi Germany and the Holocaust during the 26th U.N. Climate Change Convention (COP26) in Glasgow, Scotland.

On Twitter, he posted: “I unequivocally apologize for the words I used when trying to emphasize the gravity of the situation facing us at COP26. It’s never right to make comparisons with the atrocities brought by the Nazis, and I’m sorry for the offense caused to Jews by these words.”

He was responding to a previous tweet by BBC reporter Laura Kuenssberg, who quoted Welby as saying that leaders would be “cursed” if they fail to take action on climate change.

They will be spoken of by future generations, added the archbishop, “in far stronger terms than we speak today of the politicians of the (19)30s, of the politicians who ignored what was happening in Nazi Germany,” as reported by Kuenssberg.

Welby, whose father is Jewish, served as a former oil executive before representing the church.