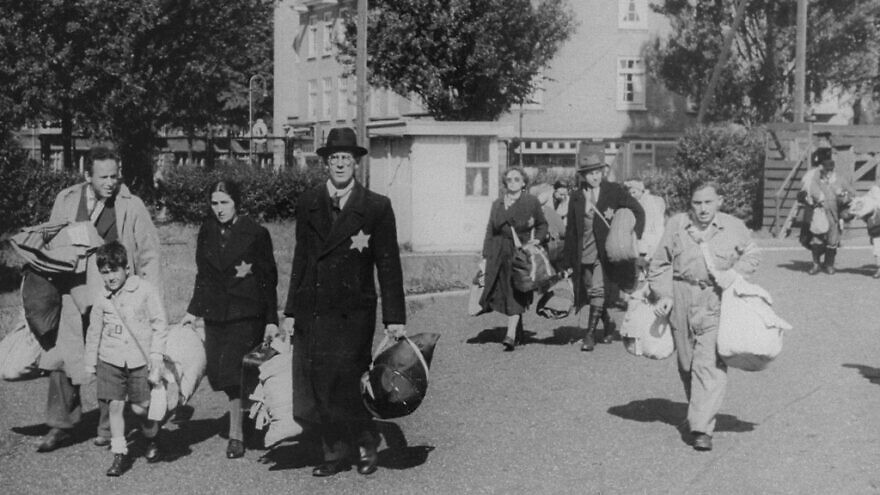 (January 6, 2022 / JNS) A round mantelpiece clock—the only remaining item from a Jewish hideout during World War II—will go on display with other Holocaust artifacts at Amsterdam’s Dutch Resistance Museum later this year, reported The Guardian.

Along with family photographs, documents and a book of poetry that will be exhibited, the clock belonged to the family of Marianne (“Janny” or “Jannie”) Brandes-Brilleslijper, a Holocaust survivor and Nazi resistance fighter who died in 2003.

After the Nazis invaded the Netherlands, Brandes-Brilleslijper refused to get a Jewish ID card and started working for the resistance by helping to spread secret messages, and move illegal packages and documents.

When the situation became direr for Jews, she and her husband, as well as their two children, moved to the High Nest villa in the woods outside Amsterdam. She lived there with her parents, her sister Lien’s family, other Jewish people and resistance fighters. Seventeen people reportedly lived in the hideout, which was written about in Roxane van Iperen’s bestselling novel that was published in English as The Sisters of Auschwitz.

When Nazis discovered the hideout in the summer of 1944, the Jewish group was sent to the Dutch transit camp of Westerbork, where they met Anne Frank, her sister and their parents. The Brilleslijpers and the Franks were then put on the last transport to leave the Netherlands for the Auschwitz concentration camp, according to The Guardian.

Brandes-Brilleslijper, whose two children were spared because her husband was not Jewish, was later forced on a death march to Bergen-Belsen with the Frank sisters; she was one of the last people to see Anne Frank alive. While Brandes-Brilleslijper survived the Holocaust with her sister, a number of their family members died in Auschwitz.

The clock will be added to the Dutch Resistance Museum’s permanent collection in October, while the documents and photos will be displayed digitally on the museum’s website this spring, wrote The Guardian.