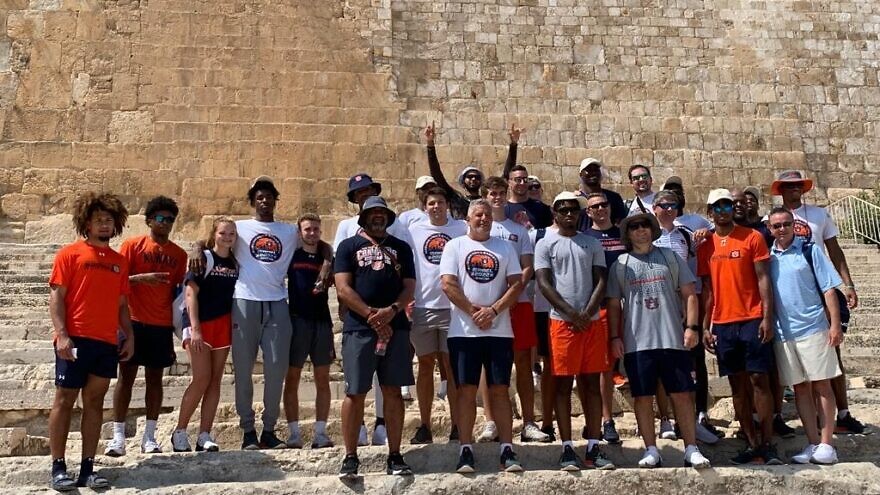 (August 22, 2022 / JNS) Since its launch at the end of 2018, Athletes for Israel has regularly brought high-profile athletes and sports teams to the country to compete in athletic events and get to know the Jewish state.

After their trips, the group’s founder, Daniel Posner, says many of the athletes play an important role in telling the story of Israel’s people, history, food, technology and culture.

The Division 1 Auburn Tigers basketball team, which won the Southeastern Conference (SEC) championship last season, recently participated in a preseason tour, affectionately referred to as “Birthright for College Basketball.” The tour was arranged in large part by the team’s Jewish coach Bruce Pearl, one of the more pro-Israel coaches in the NCAA.

Pearl, affectionately known to Jewish fans as “Mordechai,” is the founder of the Jewish Coaches Association which hosts an annual breakfast for Jewish NCAA basketball coaches at March Madness. Pearl has been to Israel many times. He served as a coach for the USA Team in the 2009 Maccabiah Games. His Tigers basketball team made it to the NCAA Final Four in 2019.

The mostly non-Jewish team from Alabama played three games in Israel—against Israel’s Under 20 National Team on Aug. 2 in Jerusalem, Israel’s All-Star Select Team in Tel Aviv on Aug. 7, and Israel’s National Team on Aug. 8 in Tel Aviv. The Tigers won their first two games with a 119-56 win over the Israeli U-20 team, and a 107-71 win over the Israeli Select All-Star team. The Israeli National team was joined by Israeli Deni Avdija, the Washington Wizards small forward who was drafted No. 9 pick in the 2020 NBA Draft. Avdija scored 25 points as the Israel team defeated Auburn 95-86. 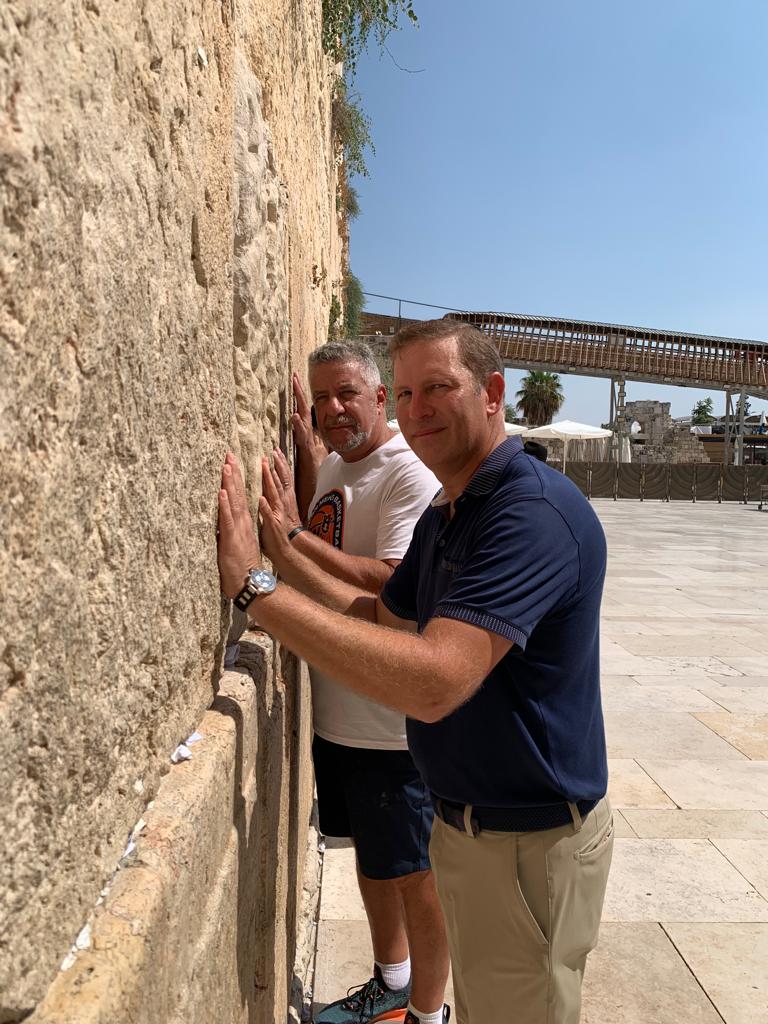 Pearl and Posner of Athletes for Israel agree that the outcome of the three games was only one small way to measure the success of the 10-day trip. Pearl reports, “We’re here to see this country, get closer to God, and by the way, we have three games—that’s how we look at it.”

The team visited Yad Vashem, the Church of the Holy Sepulchre and the Mount of Olives, and some players elected to be baptized in the Jordan River. “The guys were just soaking it in, walking where Jesus walked,” said Pearl. The team also took part in a high-tech seminar in Tel Aviv.

Posner, a longtime hedge-fund and private-equity manager in Manhattan, initially started the organization to help share Israel’s vibrant food scene, high-tech landscape and overall positive Israel vibes with friends and colleagues. “I go to Israel often, and each time when I’d return, colleagues would say, ‘I want to go to Israel. Take me!”

He recognized that they had heard many of the negative buzzwords associated with Israel, including “the separation wall” and “the Occupied Territories.” “It was nerve-wracking—so much in the press is about the political side of Israel. It is all we hear about. I said, ‘We have to change the narrative.” He then offers an analogy from closer to home: “If people only heard about politics in the United States, they would never come to the Rocky Mountains or to the National Parks. We need to talk about the wonderful things about Israel!”

Posner decided to start changing perceptions by bringing athletes to Israel, explaining that “we wanted to bring superstar athletes, across different sports. We had eight trips scheduled, including a trip including three MLB All-Stars, basketball and football players. Some high-profile athletes who have come to Israel already include Mariano Rivera, Ray Allen, Eddy Curry and Rick Barry.

Posner is particularly proud of the recent Auburn trip, saying “it was very special. ‘ESPN’ covered the games and did a wonderful job producing them.”

“We have also gotten a lot of interest from major college powerhouses,” he adds.

Posner notes that 20 to 30 boosters (supporters) came with the Auburn teams and can only imagine the potential if other major college teams come to Israel: “We will have hundreds of fans coming with them!”

The idea of sharing Israel with a diverse audience is very appealing to Posner. As he explains, “the aim of the organization is not just to reach a Jewish audience. Our larger goal is to reach an audience of the hundreds of millions of people who haven’t made up their mind about Israel.” And he is clear about the goals of the program, noting that “we don’t want to debate Israel; we just want to bring a positive message about Israel’s culture, food, people, the tech scene and more!” 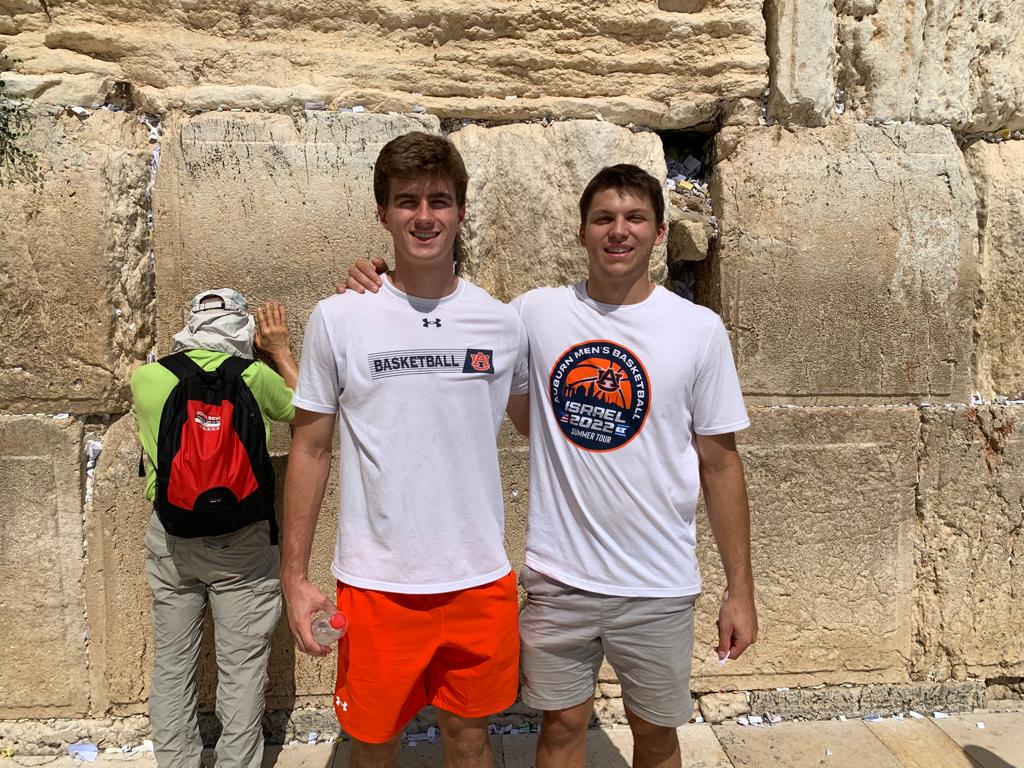 In addition to the Auburn visit arranged with the help of Athletes for Israel, a number of high-profile athletes and teams have also played in and toured Israel recently. Enes Kanter Freedom, who played for the NBA for 11 seasons, traveled all over Israel, praying at the Al-Aqsa mosque, visiting the Western Wall and the Church of the Holy Sepulchre, and touring the Machane Yehuda open-air market. He is opening a basketball camp for Muslims, Jews, Christian and Druze kids in the capital.

The Italian soccer team AS Roma and the English Premier League, Tottenham Hotspur, recently played a friendly pre-season exhibition game in Haifa. Before the game, Roma visited the Western Wall. 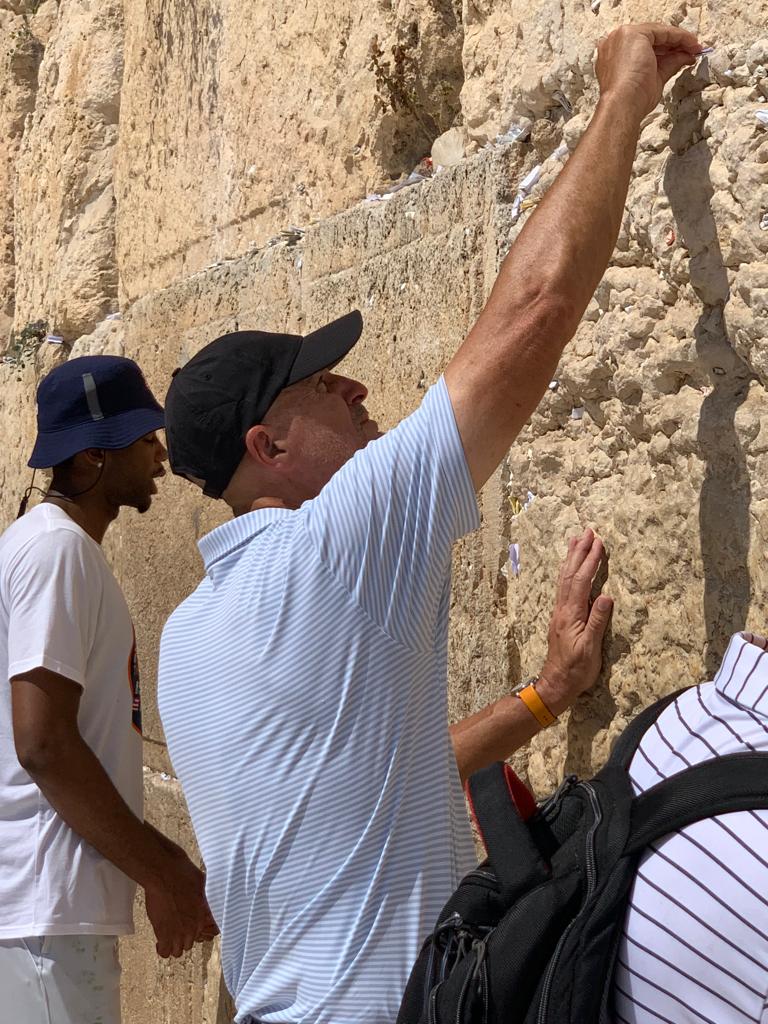 Two of the sports world’s biggest names—Lionel Messi and Neymar—were in Israel for a game between Paris Saint-Germain, or PSG. The game took place at Tel Aviv’s Bloomfield Stadium. Canadian-Israeli billionaire Sylvan Adams has brought the high-profile French soccer season-opener, known as the Trophée des Champions, or the French Super Cup, to Israel for the second year in a row.

Prior to the match, PSG met with the Israeli nonprofit Save A Child’s Heart, a humanitarian group that performs cardiac operations on children worldwide. Messi and Neymar have each visited Israel previously. Messi visited Israel in 2019 with Argentina’s national team for an exhibition match against Uruguay, and he had visited Israel once before with his former club team, Barcelona. 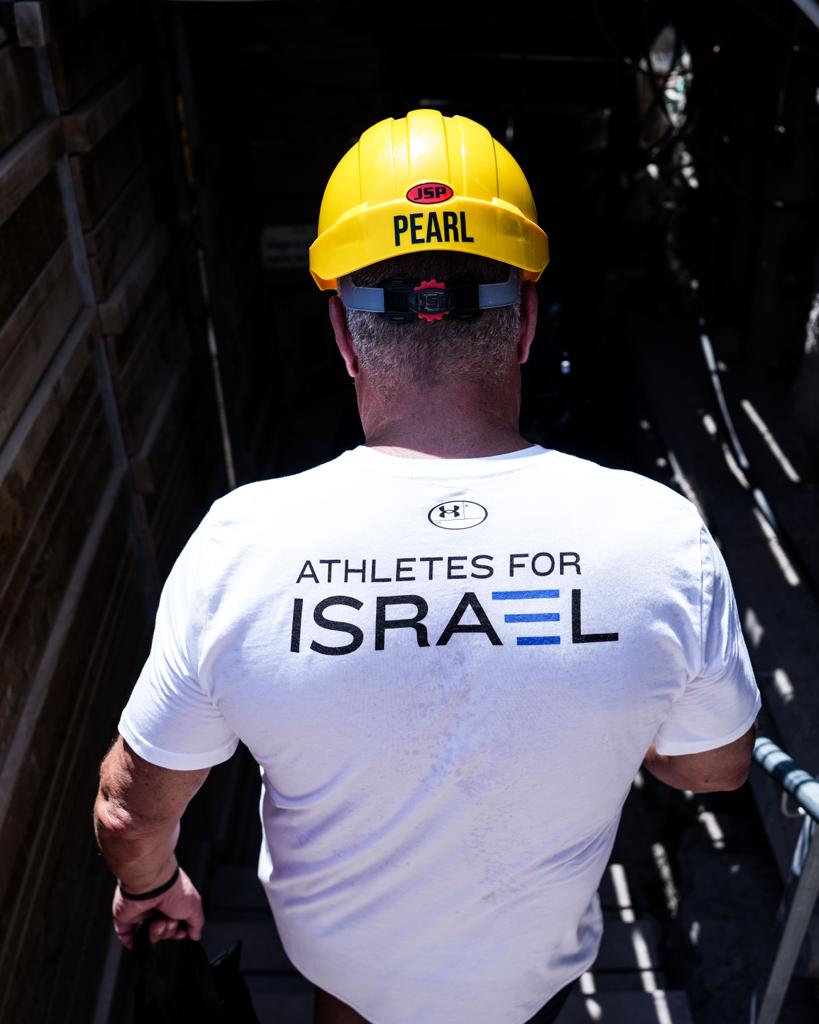 David Wiseman, a co-founder of the 36,000-member Facebook group “Follow Team Israel,” explains that “the work Athletes for Israel does is so important for two reasons. First of all, it allows people here in Israel, especially kids, to be inspired by seeing world-class athletes in the flesh. But then, when these athletes go back to their homes, they’re going to tell everyone as well as their social-media followers what a wonderful experience they had in Israel. This isn’t to say the athletes are being coerced into saying something that isn’t true, rather they’re shattering myths and fake news that have taken hold vis a vis Israel.”

He also notes that they are “dispelling myths and fake news.”

Wiseman and his team at Follow Team Israel are devoted to sharing Israeli/Jewish sports with the world. He says “given these, we love to share the incredible work Athletes for Israel does so people know about it. It would be the biggest shame if the athletes came to Israel and went without anyone knowing about it.”

Posner and Athletes for Israel are steadfast in pursuing a fairly straightforward and simple approach: “Through positive messaging and experiences, we can change the narrative—that’s our goal.”