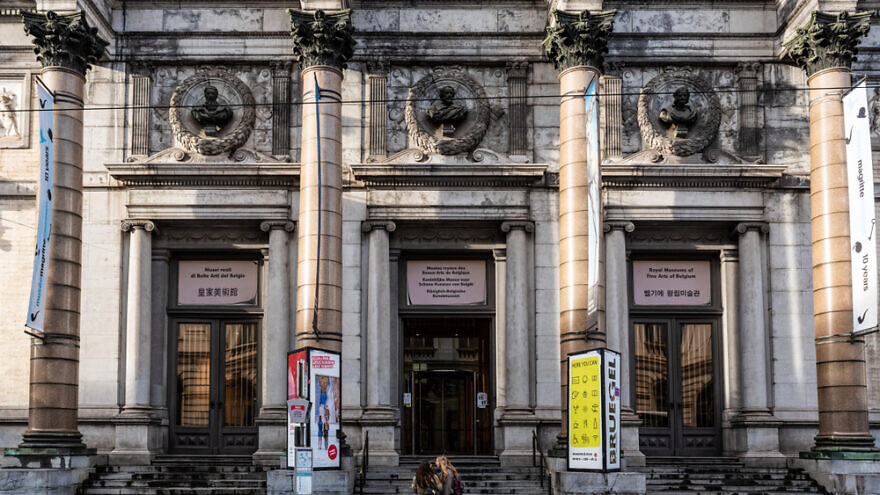 (February 11, 2022 / JNS) Belgium’s Royal Museums of Fine Arts has returned a painting to the great-grandchildren of a Jewish couple who owned the artwork before it was stolen by the Nazis, reported Reuters.

Museum workers took down “Flowers,” painted by German artist Lovis Corinth in 1913, on Thursday and packed it for the family of Gustav and Emma Mayer.

“Altogether, the family is looking for 30 artworks,” said their lawyer, Imke Gielen. “This is the first that has been really identified because unfortunately, we have no images of the missing paintings.”

The Mayers fled their home in Nazi Germany in 1938 and went to Brussels before finally making their way to Britain in August 1939, according to Reuters. They were unable to take belongings with them, including the 30 paintings that were then looted by the Nazis.

After World War II, Belgian authorities were unable to determine the rightful owners of the “Flowers” painting and entrusted it to the museum in 1951, where it has been for 71 years.

In 2008, the museum asked the public on its website for any information about the painting. The Jewish family’s Berlin-based law firm reached out to the museum more than five years ago regarding the artwork.

The museum also opened two new rooms on Feb. 10, one of which will address the restitution of cultural items looted by the Nazis during World War II.