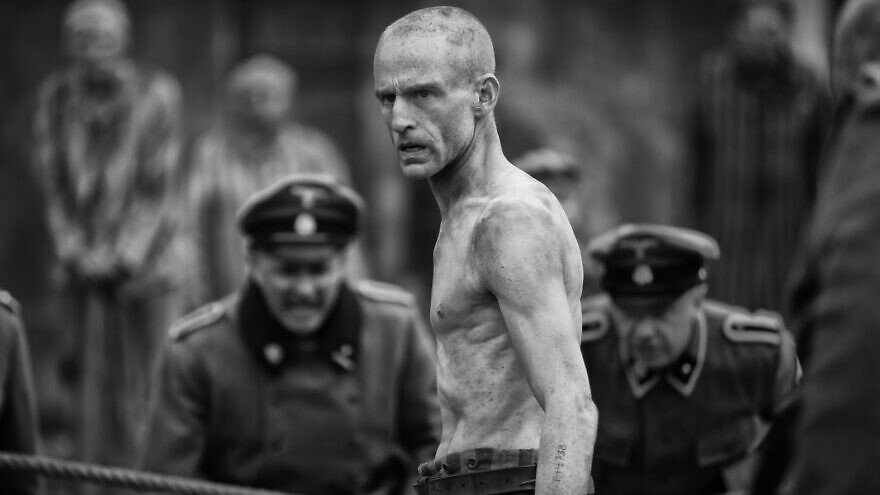 Then, he boxed to find the woman he wanted to be his wife.

Born Jewish in Poland, Haft was sent to Auschwitz after the Nazi Germans invade in September 1939. There, he met an especially brutal Nazi named Dietrich Schneider—played by an impressive Billy Magnussen in a new HBO film called “The Survivor”—a self-serving mentor who bet and made money off Haft’s numerous bouts.

Haft would go on to fight more than 70 Jewish prisoners. His directive was “you fight until one man can no longer get up.” The winner would get extra food rations. The loser would get killed. Haft won every time.

The drama is based on the book by his son, Alan Haft, Harry Haft: Survivor of Auschwitz, Challenger of Marciano. It was made into a knockout movie that leaves a lasting punch to the heart, debuting on April 27—Yom Hashoah, Holocaust Remembrance Day—streaming on HBO Max.

‘Lose with a little dignity’

Lead actor Ben Foster unveils an Oscar-worthy performance, shedding 60 pounds to play the boxer in the death camp, where he is even forced to fight a good friend. Scenes from the Holocaust are shown in black-and-white with post-war scenes in color. Foster impeccably mimics a style of a boxer that is too aggressive with a lackluster defense and a man who—once free and in the United States after World War II—wants to fight someone famous so that his picture will be shown in worldwide media. He also believes that it can summon his love, Leah (Israeli actress Dar Zuzovsky), who he feels in his heart has somehow survived.

The Holocaust scenes are horrific, including one where Haft is almost killed. Foster masterfully depicts a man who is confident and insecure, who walks with a swagger but suffers from post-traumatic stress disorder, and who wants to teach his son boxing but ultimately doesn’t know how to draw closer to him. 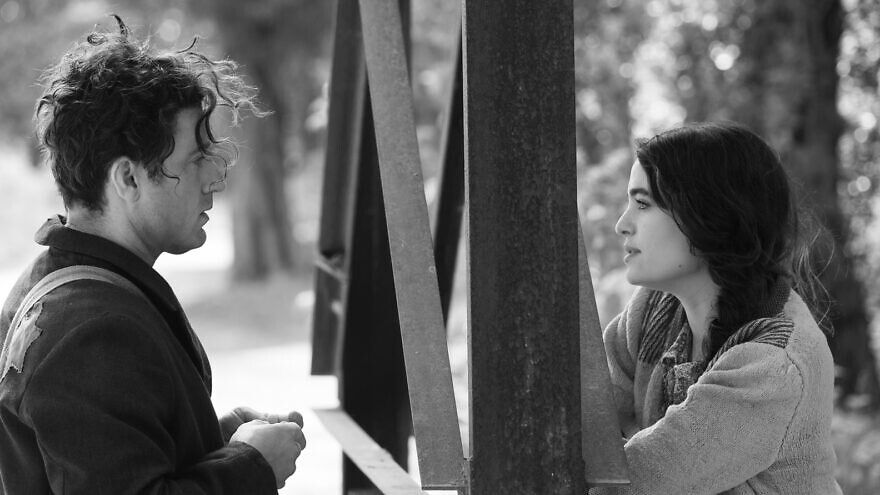 There is a short scene with Foster and Zuzovsky that will require a box of tissues. She should have gotten some more screen time, but the few moments where she does act will be burned into memory. There is some carnage on-camera and some off-camera. There’s excellent cinematography, superb acting and meticulous direction by the Baltimore-born Barry Levinson, who won an Oscar for Best Director for the 1988 film “Rain Man” among his well-known credits.

The scene where Haft fights with Schneider (and has an opportunity to kill him) shows how well Foster and Magnussen know how to throw down. Peter Sarsgaard is on point with an understated performance as a journalist who gets Haft to tell him his story, and Danny DeVito is fitting as Charlie Goldman, a coach for American professional boxer Rocky Marciano, who gives two days of lessons to Haft because he respects him.

Though Haft would indeed lose to the famed Marciano, the fight went four rounds, and Haft got in some good shots in round one. John Leguizamo plays Pepe, a trainer who gives the film one of its few moments of levity when his fancy footwork is meant to tell Haft that it’s a little like dancing.

Haft would go on to have a record of 13-8 as a pro with eight knockouts.

The film could have used more powerful music in certain spots, though the score by Hans Zimmer is haunting, as well as some moments where Haft and Zuzovsky met and fell in love. Haft had also said mafia members asked him to throw the fight with Marciano, and that could have been a moment to show. Also, the film leaves out any scene of liberation, as well as the necessary smuggling or non-boxing aggression Haft had to do to survive. Ten more minutes could have done the trick.

Still, the time changes are rather seamless, and Foster’s performance is simply astonishing.

In one scene at shul speaking with his wife, Miriam (Vicky Krieps, who does well as a doting and rarely challenging wife), Haft realizes she wants to know her husband’s thoughts on the man upstairs.

“It’s easy to find God in a synagogue,” he tells her. “But where was God when they threw that baby in the back of a truck?” 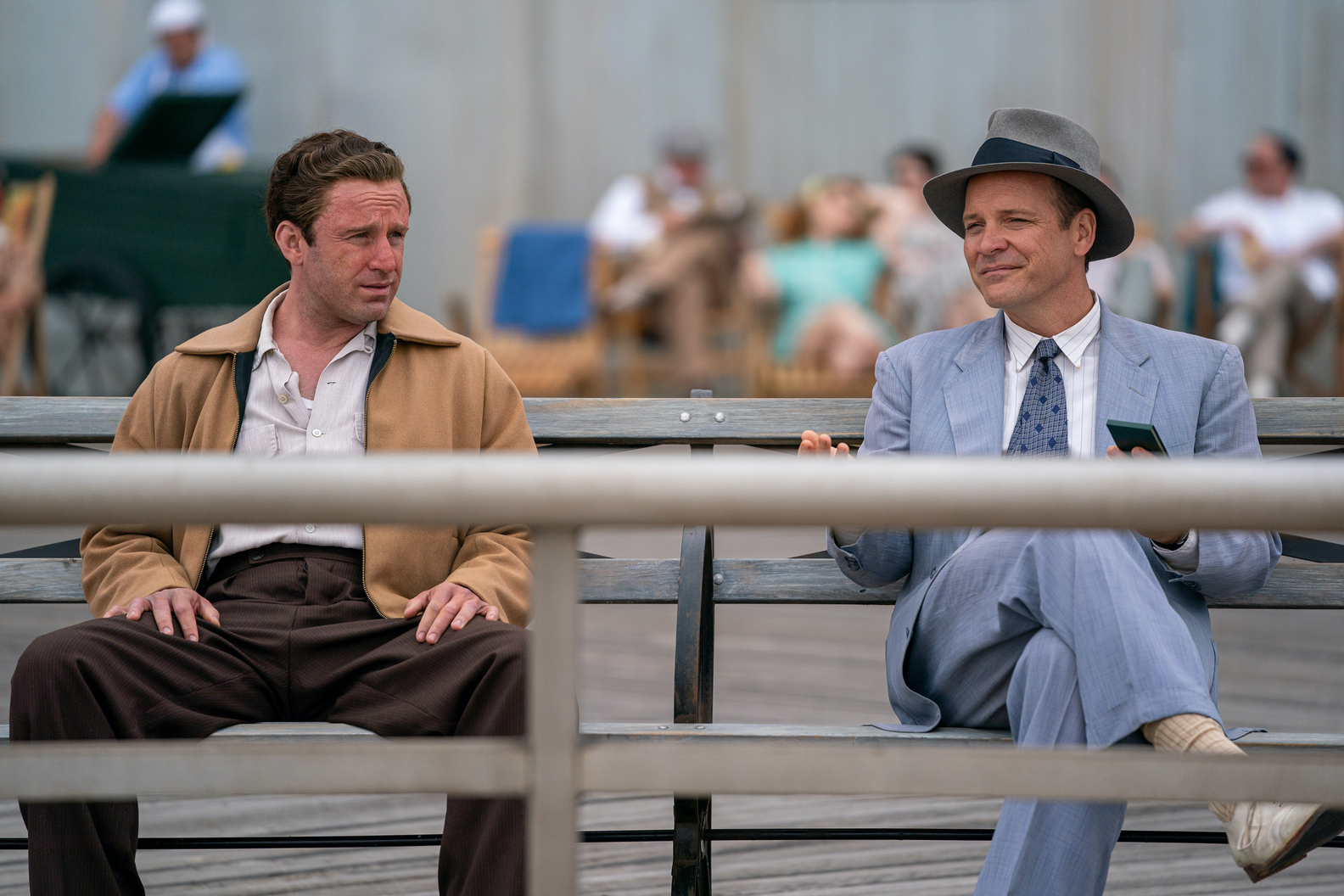 Foster, who is Jewish, is committed to the role—evident not only in his weight cut, his emphasis on an authentic accent and in a number of vulnerable scenes where his character feels guilty about doing the things he must to survive.

Sports can be a “What have you done for me lately?” business, as revealed when Haft brags that he is “the survivor of Auschwitz,” after which fight-maker Louis Barclay (Paul Bates) tells him nobody cares because he keeps losing.

Tattooed with No. 144738 on his arm—and his head filled with pain and images of hell on earth—there’s a moment that depicts his younger self with a head full of hair wearing a yellow Jewish star. It is impossible not to pray for him to have an easy life. But we know he didn’t, even though he miraculously survived conditions that few others did, including a death march.

Put “The Survivor” on that list of must-see films—one that depicts a “survival of the fittest” story featuring a man forced to be an animal who still has a conscience.