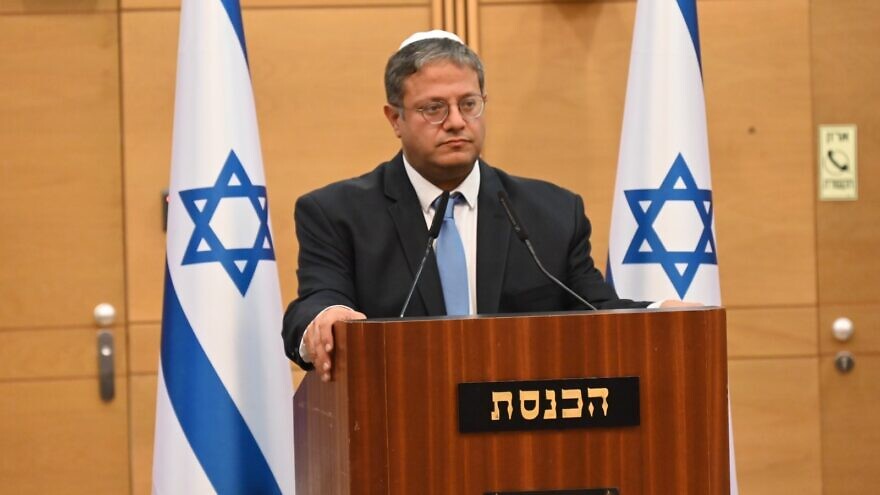 (December 14, 2022 / JNS) “If anybody knows me they know, what do I really care about? I really care about that the citizenry of Israel, all of its citizens, can walk in this land in safety,” said Otzma Yehudit Party Chairman Itamar Ben-Gvir, addressing the Christian Media Summit 2022 at the Knesset on Wednesday.

Ben-Gvir said that aside from Israel, “there is no democracy in our region,” adding other countries, “have no liberal rights, no basic rights.” He explained that in Israel, on the other hand, “we have democracy and rights.”

“There are many who attack us so it is important for me to remind people that we are fighting for democracy, while there are those who are fighting against it,” he said.

“All of us have a shared enemy. It’s jihad. It’s those who want to turn the whole world into a caliphate. It’s those who think that if you’re not Muslim, you’ve no right to live here,” said Ben-Gvir, who is expected to become minister of national security in the next government.

“Those that want to hurt us also want to hurt you. It may be that they wish to start with us, the Jewish nation, but you are, God forbid, the next stage,” he said.

Insisting that Israel has mistakenly taken a defensive posture against such people, Ben-Gvir said, “I’m one of those who believes that we should not surrender to them. We should not capitulate to them….You don’t speak to terror with the language of surrender. You fight terror. You defeat terror. And that’s what I want to do.”

“Historical experience” has shown that each time Israel surrenders to terror, it receives only more terror, he said, offering as examples the 2005 disengagement, in which Israel left the Gaza Strip and in return “received missiles on Beersheva and Ashdod,” and the 1993 Oslo Accords, which supplied PLO chief Yasser Arafat with territory and weapons.

“With the weapons that we handed to them, 2,000 Jews were murdered,” he said.

We are live at the Knesset for an interactive dialogue and insights with some of Israel’s recently appointed Knesset Members. #CMS2022 #ChristianMediaSummit #GPOIsrael

Ben-Gvir’s remarks were met with applause by those in attendance.

The Christian Media Summit is an annual event organized by Israel’s Government Press Office. The summit brings together 150 Christian news executives and public opinion leaders from around the world. Its goal is to foster better understanding and strengthen ties between Christians and the State of Israel.