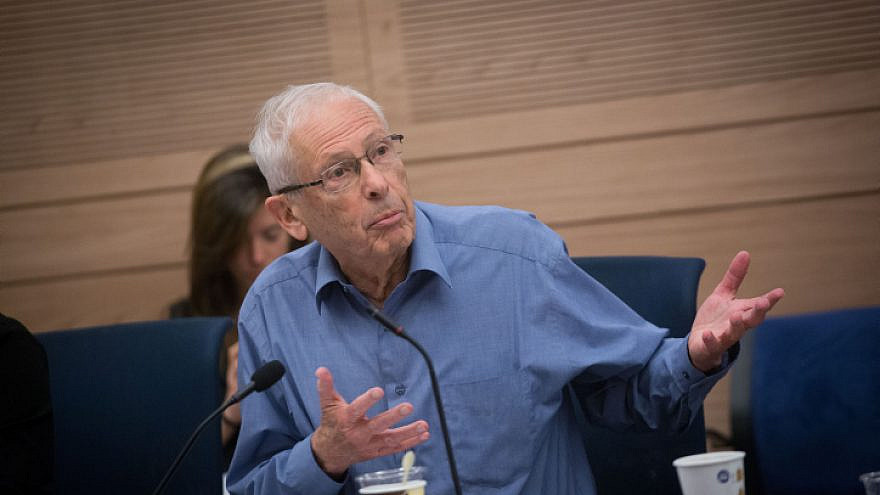 Benny Begin during a Foreign Affairs and Security Committee at the Knesset on April 30, 2018. Photo by Miriam Alster/Flash90.
Spread the word.
Help JNS grow!
Share now:

(January 21, 2021 / JNS) Former Israeli minister Benny Begin announced on Thursday that he is joining Gideon Sa’ar’s New Hope Party as a candidate for the Knesset in Israel’s upcoming March 23 elections, the party said in a statement.

Begin, the son of the late Israeli Prime Minister Menachem Begin, is a former minister and Likud Knesset member.

Sa’ar, a longtime member of Israeli Prime Minister Benjamin Netanyahu’s Likud Party, left the Likud on Dec. 8 to form his own party with the aim of challenging Netanyahu for the premiership.

Welcoming Begin, Sa’ar said, “Former Minister Benny Begin will be a very important addition to the campaign for the future of the country. It is important that Israel will be able to benefit from his rich experience, his wisdom, his judgment and the values he represents.”

Sa’ar made headlines on Monday by hiring four of the founders of the Lincoln Project to serve as his advisers ahead of the fourth round of Israeli elections in the past two years.

The Lincoln Project, which endorsed U.S. President-elect Joe Biden, comprises Republicans and former Republicans. Its stated mission was to “defeat Trump and Trumpism at the ballot box” and elect “Democrats who support the Constitution over Republicans who do not.”