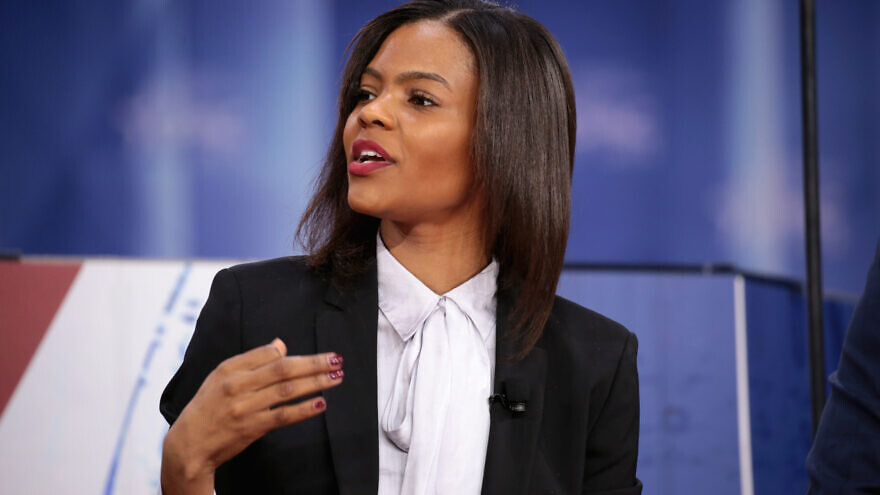 (December 6, 2022 / JNS) Candace Owens slammed critics of her continued friendship with Ye, despite the rapper’s continued history of antisemitic statements and actions.

“I don’t agree with every single thing that is being said and that is being done by my friends,” Owens said on her Daily Wire podcast Monday. “I just don’t. But because they are my friends, I try to deal with matters privately.”

Without mentioning Ye’s Holocaust denial and pro-Nazi comments during his interview with conspiracy theorist Alex Jones last Thursday, Owens said that people should stop asking her to comment on the rapper’s comments.

“I am not his spokesperson!” Owens said. “Alright? I am not working on that campaign. Please stop tagging me in every single thing that he says while saying that my silence is violence.”

Owens admitted back in November that Ye’s comments at the time were antisemitic.

In an interview with Proud Boys founder Gavin McInnes that took place on Saturday, Ye said that he wanted Owens to run as his vice president for his 2024 campaign.

“I was thinking about Candace Owens,” Ye told McInnis. “I think she should be good. But I have a major problem with Ben Shapiro. And my problem is, Ben Shapiro is in control of Candace Owens’ voice.”

On her podcast, Owens denied being controlled by anyone at The Daily Wire.