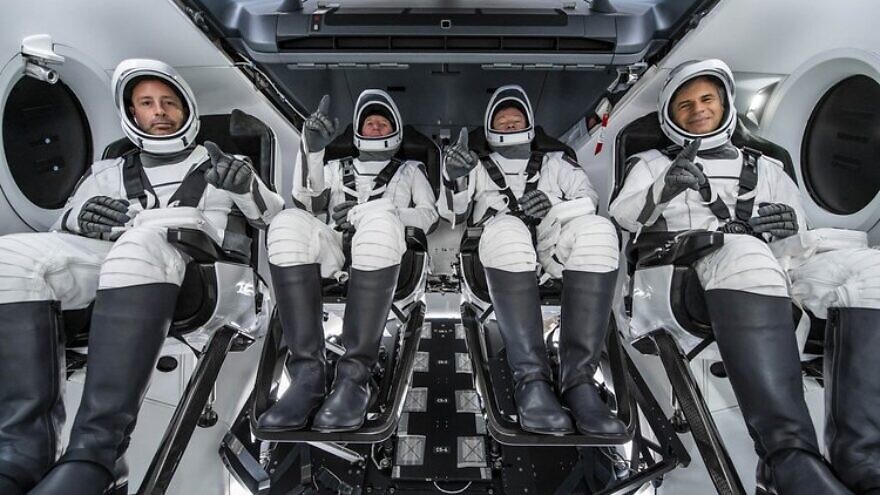 (April 3, 2022 / Israel Hayom) As a celebrated Israeli fighter pilot, Eytan Stibbe probably didn’t expect one of the toughest challenges he would face in life to be opening a refrigerator. But that’s how it is on the International Space Station: The words “open the refrigerator” take on a meaning completely different to the one we know here on Earth.

“Storing something at a temperature of minus 80 degrees is a complicated process. It’s not like opening your freezer door,” says Stibbe in a video interview. “When you open a door, everything inside can scatter around the station. You have to put on special gear, wear gloves and prepare in advance. You can’t open the door for more than 40 or 50 seconds because other people’s scientific experiments are inside. So you have to be careful not to ruin them when you put your experiment in.”

The Axiom Mission 1 (Ax-1), the first private astronaut mission to the International Space Station, will see Stibbe fly into space this week. Unless, of course, there are last-minute surprises—and there have been plenty of those on the project. Liftoff has already been called off twice at the last minute. No chance is taken, not even the smallest. The long shadow of the Columbia shuttle disaster, in which Israeli astronaut Ilan Ramon along with six other crew members lost their lives, has hung over the mission throughout. Even the 19 years that have passed since cannot dispel it.

“Ahead of the launch, I trained in the places that I visited with Ilan,” said Stibbe, who was a friend of Ramon’s and served alongside him for many years. “He took me around and showed me the shuttle and the simulators. It’s a very sentimental issue for me. I will take with me into space some of the pages of Ilan’s diary that survived the disaster, and a painting by his daughter Noa. I hope that the next two weeks change the sentiment in Israel that connects manned space flight and tragedy.” 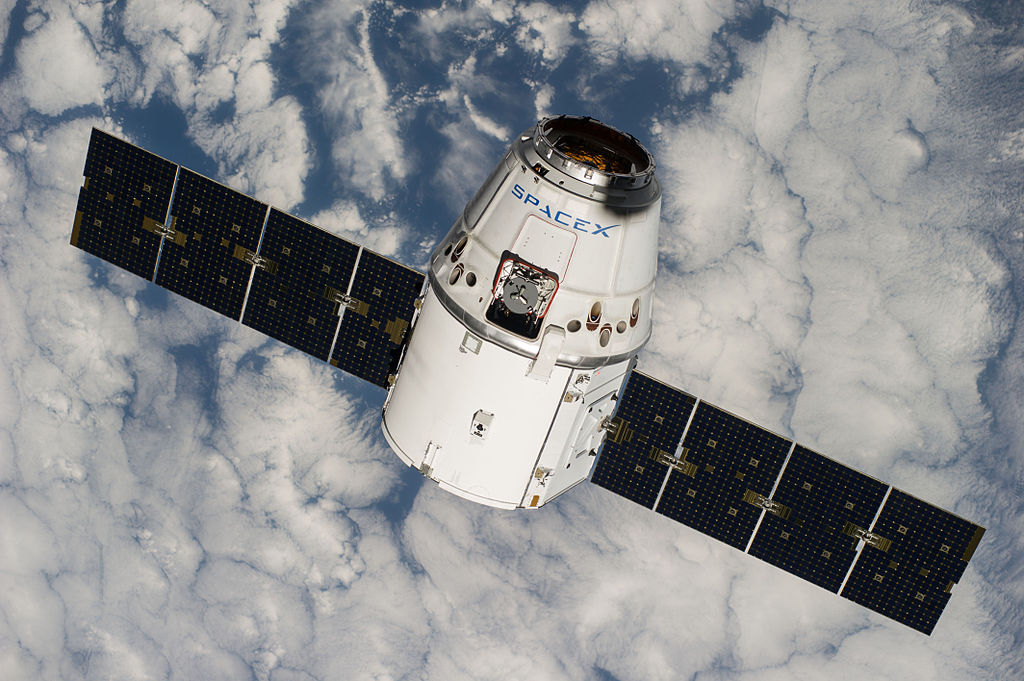 Stibbe and three other astronauts will take off from Cape Canaveral, Florida, aboard the SpaceX Dragon spacecraft, that will be launched via the company’s Falcon 9 launch vehicle. On the menu are dozens of scientific experiments that will be carried out on behalf of a large number of organizations (Stibbe is scheduled to carry out 35). The launch date is currently set for April 6, and Axiom Space, the American company behind the mission, together with the Israel Space Agency, the Israeli Ministry of Science and Technology and the Ramon Foundation, will be crossing their fingers that there won’t be any further delays.

“It’s fascinating,” said Stibbe excitedly. “I have watched manned launches and unmanned launches, and it really is a sight to behold. To think that our atmosphere is so small. You light a match and three minutes later we are out of the atmosphere. Three minutes and that’s all!” 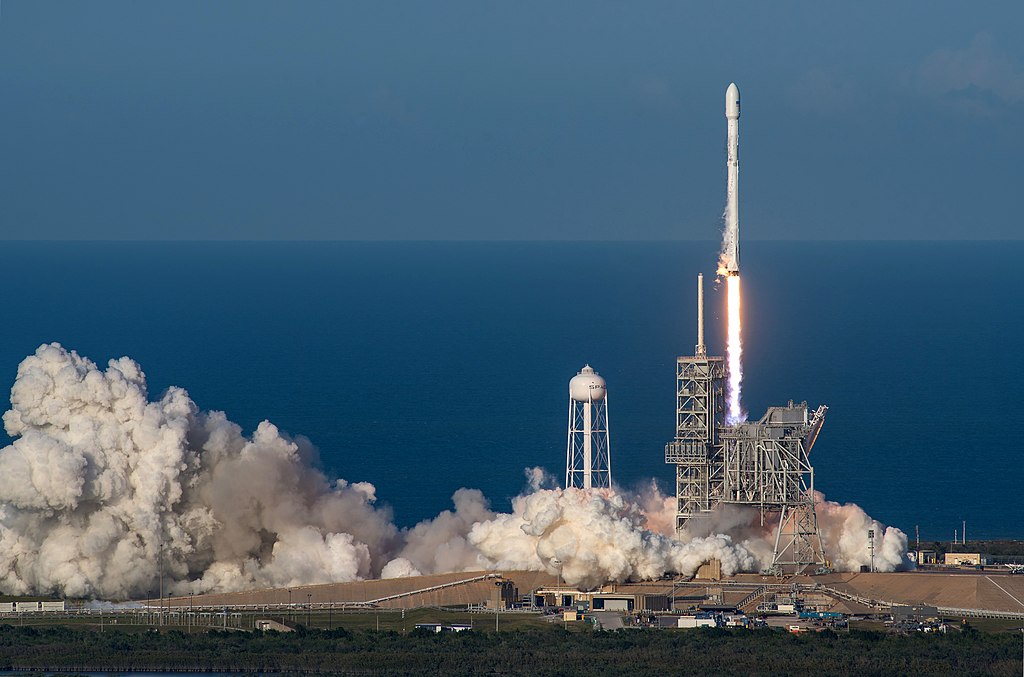 If Stibbe had any doubts about the mission, they weren’t in evidence. “Of course there is tension,” he admitted, but then added, “I don’t feel it is the kind of tension that limits me. It’s excitement that results from three main factors. First of all, the experience: To exit the atmosphere is an incredible experience. The second thing is the work that awaits me. I see my schedule and it is full. There is a kind of red line that runs through our timetable and you can see all the time how everyone has finished their missions and you haven’t,” he said, laughing.

“The third thing, which is really the most significant, is that so many people and institutions wanted to be part of this mission. I couldn’t believe how many,” he said.

“We are isolated from everything. They keep us in cotton wool. It is only now that I understand just how complex this mission is. Every little change—even catching a cold!—could delay a project that has taken years to prepare. We undergo medical checks every day. They take samples of everything you can imagine. We have a full work program here in which we rehearse everything we’ve learned, such as how to use the equipment on the station, how to operate the kitchens and the toilets, and what to do in emergency situations,” he said.

He and his cremates had already been added to the work program of the astronauts already aboard the ISS, he added.

“So we are already carrying out simulations of what to do every 15 minutes, and what to do at every moment. The four of us have very different characters and that’s what creates an incredible team.”

Q: Is it like in the squadron, do you have to learn how to live and work with your partners in the mission?

A: In every situation in which people are situated in conditions that I would call intimate, you have to learn how to work with everyone. But it’s more than that. It’s a lab. A lab where, for example, if everyone eats in a particular area, and you know that area lacks oxygen, you have to get out and let the area be aired to avoid the CO2 bubbles created there. If you stay there you could faint! These are things they don’t tell you and that you can’t see. You just have to remember: Okay, now I have to float to somewhere else and not stay here.

A: Yes. In a combat flight, there are people that want to do you harm, and here everybody wants the best for us. NASA received us wonderfully. We were given full astronaut training, with absolute seriousness, with all the written and practical exams, and the space station itself is an international center for cooperation, for purposes of peace, where everybody works together.

Let me give you an example that is a little plastic: When you use the toilets, you clean them so the next person will have a pleasant atmosphere and won’t have to start cleaning up when they are under pressure. It’s really impressive teamwork. They explained to us that in principle every astronaut has to count on himself to do his work and to know how to do everything by himself. Nevertheless, because the timetable appears on the computer, we see when we can help each other….

Q: What are you going to do in the little leisure time that you may have?

A: We don’t have a lot of free time, but if we don’t sleep well, then the next day will be bad. Rest is extremely important, as are phone calls to family and children. What else? Music,  I’m sure—and just looking out at Planet Earth, without any mission to conduct, just to sit by the window, look out and see our planet spin. It’s difficult for me to see whether I will be able to get enough of this or whether at every free moment I will run to the window to look out.

Q: What kind of music do you plan to listen to in space?

A: I have a very diverse taste: Rock and roll, classical music because I played the violin as a kid, and lots and lots of Israeli music, such as Meir Ariel.

Q: What do you think will be your biggest challenge on the mission?

A: I think that the biggest challenge will be to acclimatize to the new situation and to start working and living in it. The transition from gravity to zero gravity probably won’t be easy, certainly not the first time, because you lose your orientation, you get nausea and experience body changes. Your need to eat changes because your stomach behaves differently, your need to go to the toilet changes because there is no pressure on your bladder. And by the time you finally get used to zero gravity, you have to come back.

Q: How would you describe your feelings right now, a moment before liftoff?

A: I’m missing my family a little because I haven’t seen them for a long time. But they will come to visit me in isolation. We will meet from behind a glass wall from however many meters restrictions require. I’ll be taking objects belonging to my children and grandchildren with me into space, and of course, things that belong to my wife. I’ll also take a painting by my mother and a sculpture by my father. I’m really excited ahead of the gallop. It’s like going on a trek. You take the first step, get into the rhythm, and you feel good.

Q: One giant step for mankind—and for you?

A: For me, it is a very interesting step with a lot of responsibility. I hope that, as other astronauts recommend, I will be able to not overdo the amount of work and leave time to enjoy the experience, and just to sit down and think.