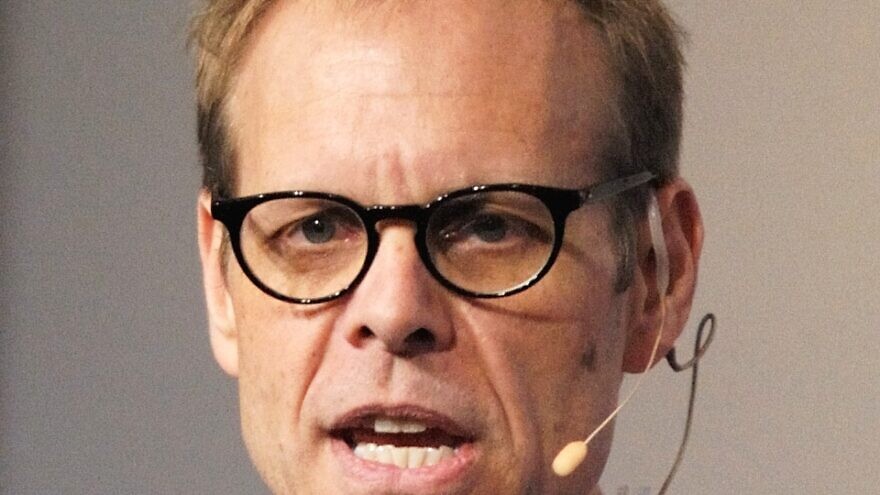 (November 12, 2020 / The Jewish Journal) Alton Brown, an American television personality and chef, apologized on Wednesday for tweeting a joke about the Holocaust.

After issuing a series of since-deleted tweets speaking out against U.S. President Donald Trump on Tuesday, Brown tweeted, “Do you think the camp uniforms will be striped, like the ones at Auschwitz or will plaid be in vogue?” This tweet has also been deleted.

One Twitter user said in a reply, “Depends on what you’re worth going in,” prompting Brown to respond, “I have no gold fillings.” The Nazis had removed gold teeth and fillings from Jews at the concentration camps. Brown’s “gold fillings” tweet remains has not been deleted.

Additionally, Brown wrote, “F*** you” in response to someone who told him to “take it easy.”

Following a backlash from the Auschwitz tweet, Brown issued an apology.

“I apologize for the flippant reference I made to the Holocaust in my tweet last night,” he tweeted. “It was not a reference I made for humorous effect, but rather to reflect how deeply frightened I am for our country. It was a very poor use of judgement and in poor taste.”

“@altonbrown is sorry he got called out for his vile #Holocaust rhetoric,” they wrote. “And the only thing he’s trying to do with his ‘apology’ is save his multimillion-dollar @FoodNetwork @Discovery contract.”

On the other hand, David Teicher, chief content officer of the digital marketing firm Brand Innovators, thanked Brown for his apology.

“As the grandson of a [H]olocaust survivor and huge fan of yours, I appreciate that,” he tweeted. “Many of us were hurt and offended, for me, it was difficult to reconcile with my long-standing respect and appreciation for your work. [W]e are all fearful of the division and hate in this country.”

The Food Network did not respond to the Jewish Journal’s request for comment.