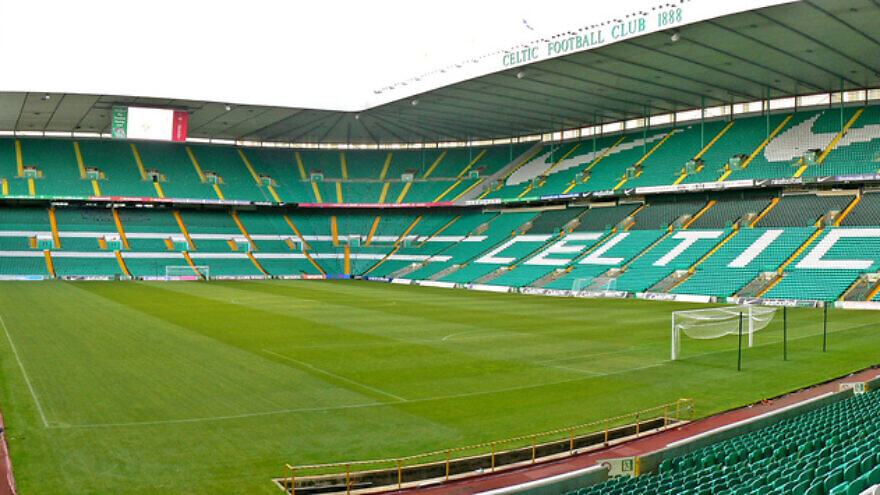 (December 9, 2021 / JNS) A Scottish professional soccer team has so far provided no information about an investigation it vowed to conduct after one of its players faced anti-Semitic abuse online.

Celtic FC’s Israeli midfielder Nir Bitton, 30, was called a “dirty Jew bastard” and a “Zionist rat” on social media when the team lost a match in January. His wife received messages calling for her and her husband to “be hung,” and hateful comments were also directed at the couple’s two children.

Celtic FC promised to investigate the matter but has so far provided no updates to the public and did not respond to inquiries by The Jewish Chronicle.

FIFA fined the Scottish Football Association $11,000 last month after Israel’s national anthem was booed by Scotland fans at the start of a World Cup qualifier against Israel, which took place at Hampden Park in October. SFA was also sanctioned by FIFA for the “inappropriate use of a flag”—reportedly a Palestinian flag—that was waved by one person at the international match.

Pro-Palestinian activists outside of the stadium held a banner that read “Zionism is racism. Victory to the intifada.” Ahead of the game, one Scottish fan asked on Facebook: “Is it OK to sing ‘We Hate England More Than Jews?’” according to the Chronicle.

“The problem we have in Scottish football is that these incidents are not being documented enough,” he said. “The victims don’t feel confident enough to report it to police or stewards. In turn, the stewards are not trained in how to record it as a form of racism. There’s far more work to be done. We are so far behind in Scotland that the authorities are not at the stage yet where they can do something about it.”