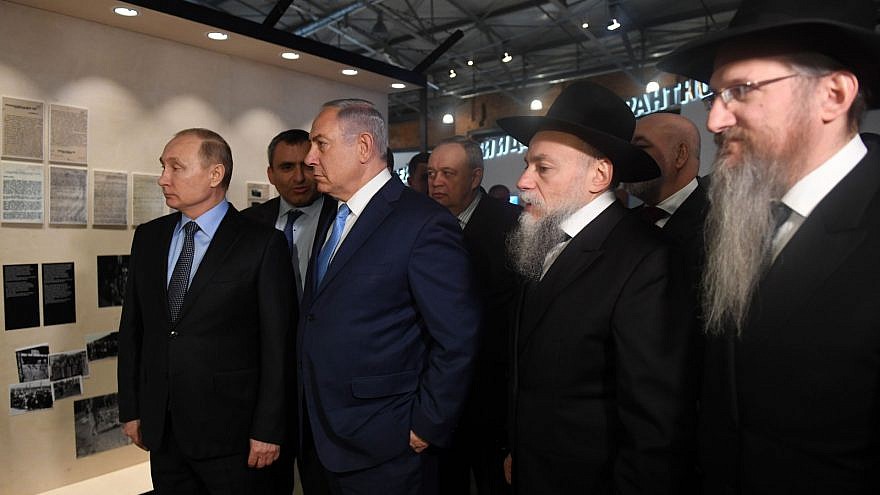 (November 13, 2022 / JNS) Agudas Chassidei Chabad, the umbrella organization for the worldwide Chabad-Lubavitch movement, has expanded its fight to return the Schneerson Collection to the possession of Chabad headquarters in Brooklyn by filing a lawsuit against Russia in Jerusalem District Court.

The suit, filed by lawyers Uri Keidar and Avi Blum and supported by American attorney Nat Lewin, seeks to enforce a 2010 ruling issued in the United States to seize Russian assets in Israel worth tens of millions of dollars.

The lawsuit aims to “transfer” to Israel the verdicts and rulings made against the Russian government in the United States, ordering them to hand over the Schneerson Collection and levying hefty fines for contempt of court in the U.S. that currently exceed $170 million.

The Schneerson Collection’ has been in Russian state hands since World War I’s end. Russia claims the collection is a national treasure of the Russian people since Rabbi Menachem Mendel Schneerson (1902-1994), the seventh Chabad-Lubavitch Rebbe, had no heirs. A Russian court also ordered the U.S. Library of Congress to pay fines of $50,000 a day for keeping books it borrowed in 1994.

Lewin, who came to Israel to accompany the lawsuit in the Jerusalem court, represented the Chabad movement in its 1987 legal victory, known by the Chasidim as “Didan Notzach” (“Victory is ours”), regarding the book collection left behind in Russia.

According to the report, Rabbi Shlomo Cunin, a member of Chabad in the United States involved in the recovery effort, said, “The Rebbe tasked us with returning the books from Russia. We have no doubt that the task will be completed as he wishes, and the books will be returned to the Rebbe’s library whether the Russians like it or not, and there is no delay or obstacle that will stand in our way to carry out this sacred task.”