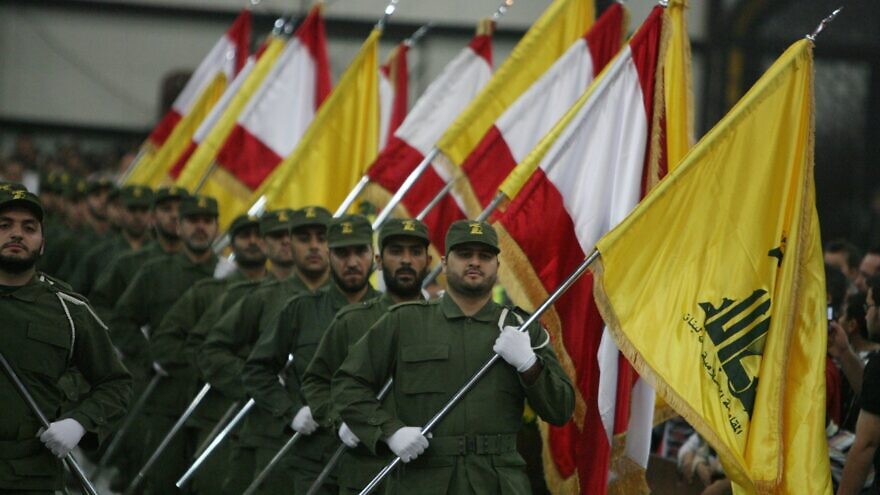 (May 7, 2020 / JNS) A group of Republican members of Congress have called on U.S. Secretary of State Mike Pompeo to re-evaluate and suspend U.S. assistance to the Lebanese Armed Forces, which has supported the U.S.-designated terrorist group and Iranian proxy Hezbollah.

“Since 2010, the United States has provided over $1.82 billion in security assistance investment in the LAF. In recent years the LAF has received an average of $224 million each year in combined Department of State and Department of Defense military grant assistance,” according to the April 30 letter signed by five Republican House members.

The letter cited U.N. Security Council Resolution 1701 from 2006 that stated there would be “a buffer zone free of ‘any armed personnel’—both Hezbollah militants and Israeli troops—between the U.N.-drawn Blue Line in southern Lebanon and the Litani River (12 miles from the Israeli border).”

The members stated that Hezbollah currently “possesses an estimated 130,000 to 150,000 missiles that are south of the Litani River, staring down at Israel.”

“Further, reports issued by the Israeli Defense Force show that Hizballah [sic] bypasses this resolution by cooperating with the LAF in the form of joint vehicle patrols, and the LAF has even gone so far as giving Hizballah [sic] official uniforms.”

The letter went on to state that Hezbollah and the LAF “are no longer two separate entities,” adding that “by continuing to provide this assistance we are contravening U.S. law by funding a terrorist organization.”

“As the leaders of the free world, America must continue to support our allies and democracies around the world,” conclude the congressional members. “However, we must be vigilant in how we distribute our resources to avoid unwanted consequences such as supporting terrorism and destabilizing regions.”

The Endowment for Middle East Truth (EMET) was behind the letter and has long been raising awareness about U.S. funding to the LAF.

In a statement, EMET founder and president Sarah Stern wrote, “Iran, through its proxy Hezbollah, is on the march throughout the Middle East, and is experiencing a growing sense of triumphalism. Their presence is seen and felt in Baghdad and Damascus, but nowhere is it more profoundly felt than in Lebanon, which has become almost a puppet state of Iran.”

She added, “Our taxpayer funding to the Lebanese Armed Forces has got to cease immediately, until we can determine, beyond a shadow of a doubt, whether, directly or indirectly, any of these funds are making their way [into] the hands of Hezbollah.”