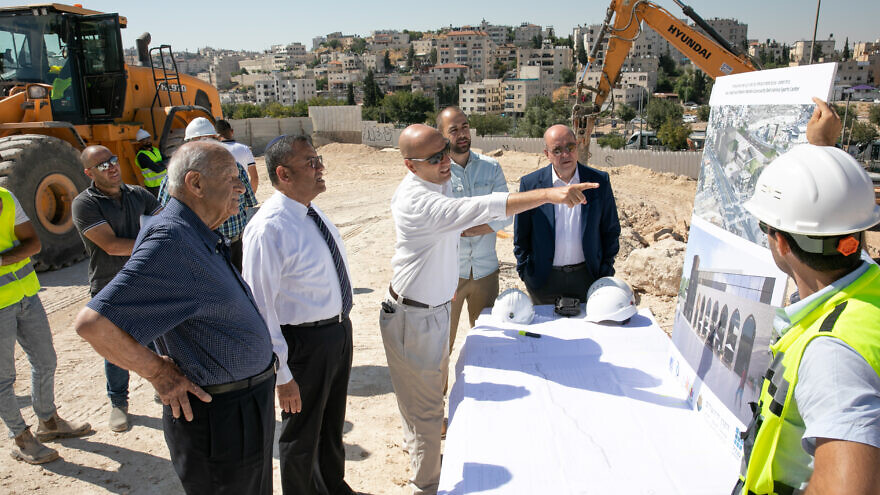 The joint project of the Jerusalem Municipality and the Jerusalem Foundation, and with the support of the Jack, Joseph and Morton Mandel Foundation, involved two years of planning prior to breaking ground, according to a statement released by the center’s builders.

“The community center’s impact is expected to be significantly broader than the construction itself–including on long-term relations between Jews and Arabs in the city,” said the statement.

On June 28, Jerusalem Mayor Moshe Lion visited the site, and said, “The center is a meaningful breakthrough in strengthening the community in Jerusalem, and is only the beginning of the process of closing the gaps between the various parts of the city.”

Shai Doron, President of the Jerusalem Foundation, stated: “The project is one of the most significant initiatives aimed at enriching the quality of life of [eastern] Jerusalem residents and creating opportunities to foster their communal strength and future leadership.”

The Jack, Joseph and Morton Mandel Foundation, along with additional donors, is providing backing for the community center, which will include three swimming pools and additional sports facilities on an area encompassing 5,000 square meters.