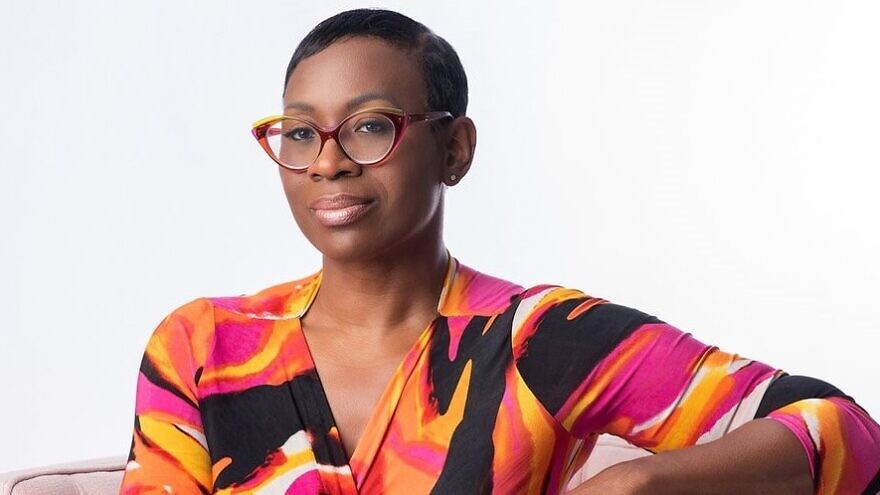 (July 12, 2021 / JNS) A pro-Israel political action committee said in a news release on Friday that Ohio 11th Congressional District candidate Nina Turner has failed to answer legitimate critiques leveled at her by the group.

Democratic Majority for Israel (DMFI) PAC began running an ad in the Cleveland market last week challenging Turner on her previous stances during elections, which according to the ad, included not supporting Democratic nominee Hilary Clinton or U.S. President Joe Biden.

But Turner’s recent ad, they said, completely failed to answer for the criticism, instead focusing attacks on her primary opponent, Shontel Brown.

“In her latest negative ad, [Turner] does not refute a single fact contained in DMFI PAC’s ad about her harsh attacks on Secretary Clinton and President Biden, or her opposition to the Democratic Party platform,” DMFI PAC president Mark Mellman, said in the release. “She doesn’t even try because she can’t. Every statement in our ad is true.”

DMFI PAC’s ad took issue with Turner’s disregard for unity in the Democratic Party, saying that she would not back anyone in the general election during an appearance on MSNBC after the candidate she supported, Sen. Bernie Sanders (I-Vt.), was no longer in the race.

“Instead of throwing her full support behind the Democratic ticket and uniting against Donald Trump, [Turner] turned her back on Democrats—and Ohioans—when they needed her to help stop [Trump],” wrote Mellman.

Turner also told The Atlantic in 2020 that the choice between former President Donald Trump and Biden was “like saying to somebody, ‘You have a bowl of sh*t in front of you, and all you’ve got to do is eat half of it instead of the whole thing.’ It’s still sh*t.”

Turner also tweeted that she was voting against the Democratic National Committee platform, which included maintaining a strong U.S.-Israel relationship.

“Despite her vague claims, [Turner’s] record is clear,” wrote Mellman. “Instead of uniting the party to stop Trump, Turner refused to endorse Clinton, attacked Biden and voted against the entire Democratic Party platform.”

In the release, DMFI PAC promoted Brown, who it said will work with the administration to advance the Democratic agenda, which includes strong ties with Israel.

Turner’s ad focused on her endorsement by The Cleveland Plain Dealer, which in an editorial criticized Brown’s record in office. Turner said in the ad that Brown and her “out of state special interests”—referring to groups like DMFI PAC—were not telling the truth.

Turner and Brown are two of 13 candidates competing in a special election for the Democratic Party nomination on Aug. 3 to fill the seat of former Rep. Marcia Fudge (D-Ohio), who resigned her seat after she was picked by Biden to serve as secretary of the Department of Housing and Urban Development. She was confirmed by the Senate on March 10.

The Jewish Democratic Council of America, as well as the Congressional Black Caucus, recently endorsed Brown in the race.