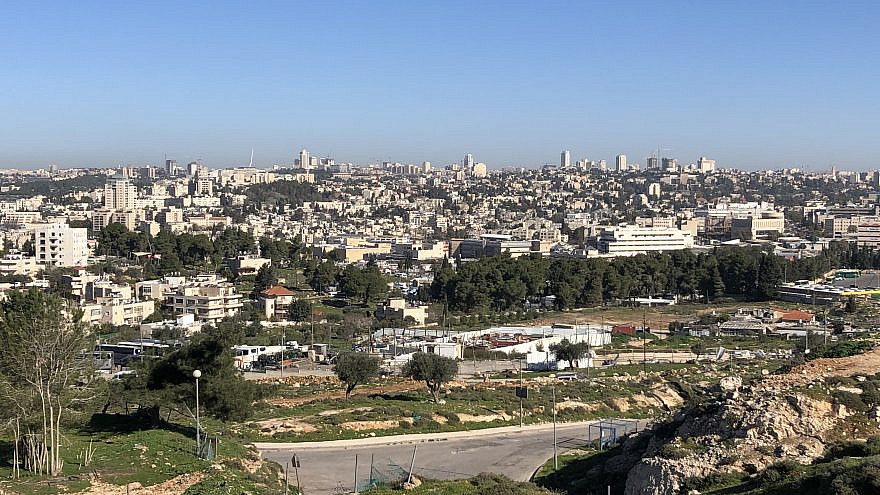 (February 16, 2021 / JNS) The decision by the Israel Lands Authority last month to award contracts to several building companies allowing them to begin marketing 1,257 new housing units in Jerusalem’s 42-acre southern Jerusalem neighborhood of Givat Hamatos has been applauded by some, while also garnering international attention, including rousing condemnation from others.

The approved construction represents the first stage of a 2,600-unit subsidized housing project specifically targeting young families to encourage them to remain in the Israeli capital, as many are moving out of the city as a result of a housing shortage and high prices.

At the same time, the master plan for the neighborhood calls for the construction of 700 units being marketed to the residents of the nearby Arab area of Beit Safafa to allow their already overflowing neighborhood to expand.

Technically just over the 1949 Armistice Line, Givat Hamatos is bordered by several of Jerusalem’s largest neighborhoods, including Gilo to the south and Har Homa to the East. It is essentially enmeshed with Beit Safafa to the west and just outside of the Talpiot Industrial Zone to its north.

One of those spearheading the project is Arieh King, founder of the Israel Land Fund organization as well as a deputy mayor of Jerusalem. King told JNS that the initial idea for a neighborhood in Givat Hamatos was actually conceived in 2005, but for both political and budgetary reasons, it has been pushed off time after time. 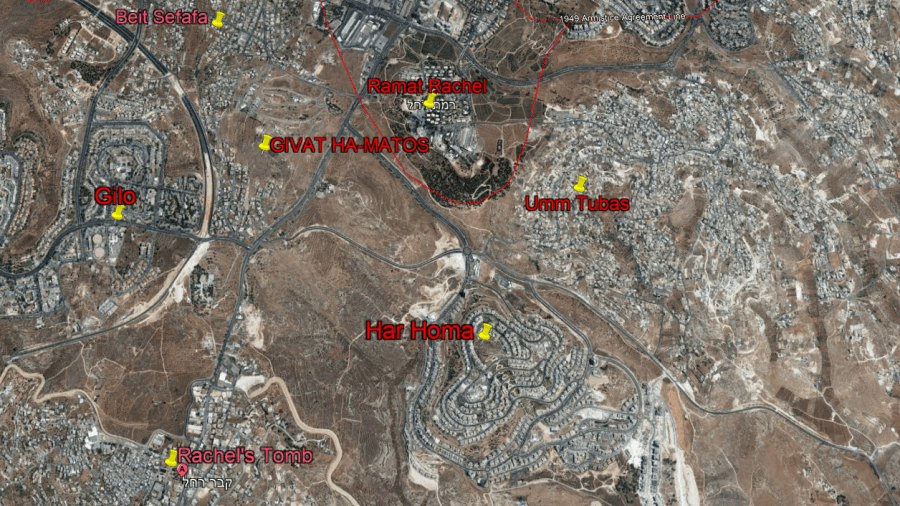 A map detailing the Givat Hamatos and the surrounding neighborhoods in southern Jerusalem. Credit: JCPA.

He said that Israeli Prime Minister Benjamin Netanyahu “has found all kinds of excuses to freeze the project, but every time there is an election like now, it moves one step forward.”

In addition, explained King, a longstanding disagreement between the Israeli government and the Jerusalem municipality over who would cover the infrastructure costs of the neighborhood also exists, though he said that “Jerusalem Mayor Moshe Lion has agreed that the municipality would cover the costs for the development of infrastructure so that the project will move forward.”

Due to its location, the European Union has dubbed the project an “illegal settlement” and has accused Israel of trying to cut off Arabs in Jerusalem from the nearby Palestinian Authority-controlled town of Bethlehem.

An official from the E.U. delegation in Ramat Gan told JNS that “it remains the E.U.’s firm position that settlements are illegal under international law. As High Representative Josep Borrell said in November, the E.U. is deeply worried by the Israeli authorities’ plans to advance housing units for an entirely new settlement at Givat Hamatos, in a strategic location, for the first time since Har Homa in 1997.”

The official added, “As we have stated repeatedly, the E.U. will not recognize any changes to the pre-1967 borders, including with regard to Jerusalem, other than those agreed by the parties [Israel and the P.A.].”

‘Demands of building and growth’

Several weeks ago, officials from 17 E.U. nations met with Israel’s Foreign Ministry to voice their opposition to the Givat Hamatos approval. The United Kingdom also condemned the project.

Deputy Mayor of Jerusalem Fleur Hassan-Nahoum responded to the E.U.’s statement telling JNS, “Jerusalem has Har Homa and Gilo, which are already significant neighborhoods. Givat Hamatos doesn’t change anything; it simply supplies demands of building and growth. The fact that the E.U. doesn’t accept the reality that Jerusalem is the undivided capital of Israel shows that they are living in an alternative universe.” 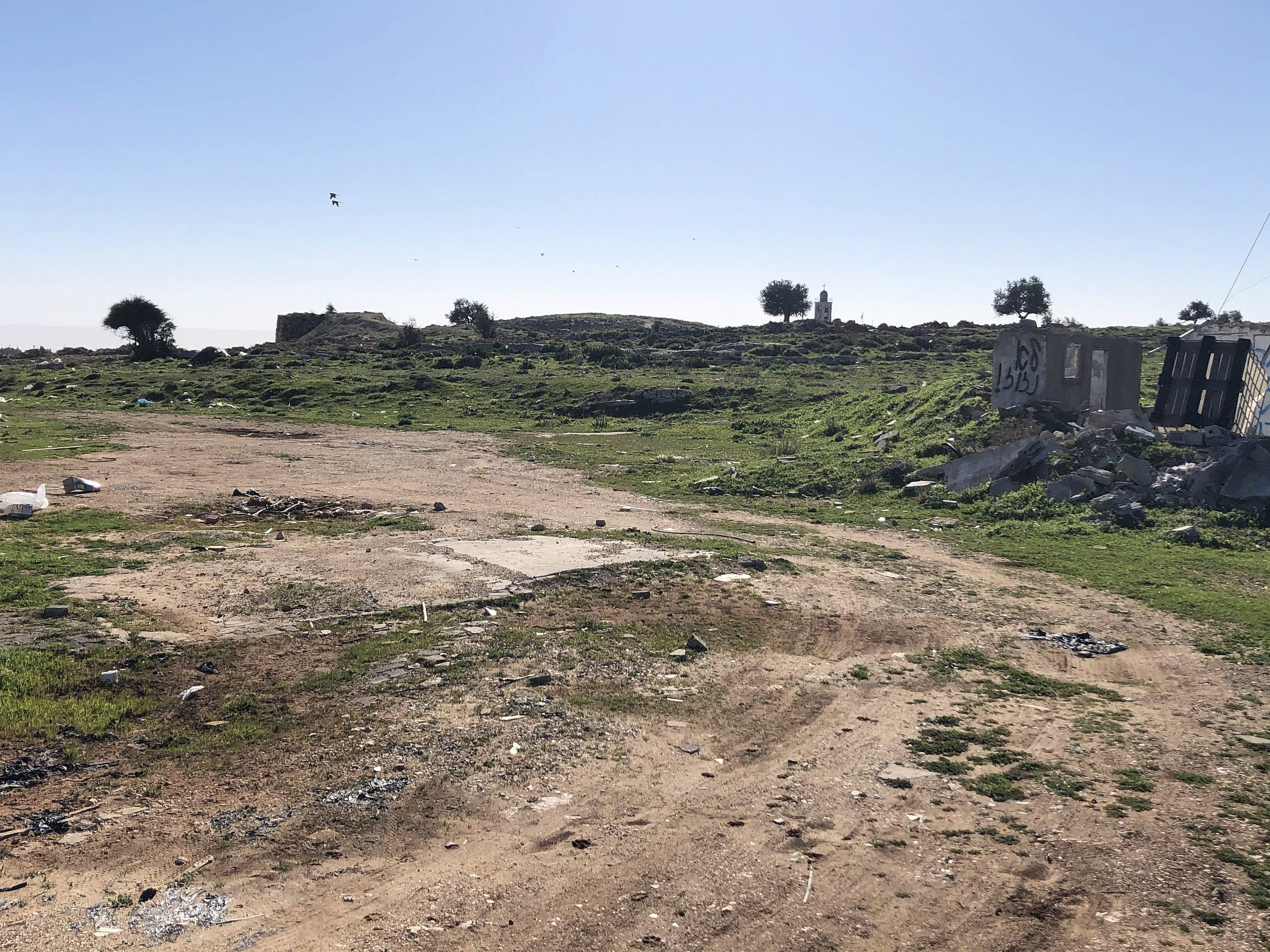 At the same time, some left-wing organizations have charged Israel with building a neighborhood exclusively for Jewish residents of the city only.

Last month, a Jerusalem District Court issued an injunction freezing the project’s construction tender after a petition was filed by the left-wing Ir Amim organization, claiming that the plan was discriminatory and arguing that Arabs in the city who have permanent residency status but are not full-fledged Israeli citizens didn’t qualify for the subsidized housing.

After investigating the matter, the court reversed that decision only a few days later, saying there was no proof of a link between the marketing of the project and the eligibility of those who could register to acquire property.

Hassan-Nahoum insisted that the project expands both Jewish and Arab neighborhoods, and that “accusations of discrimination are flat-out lies.”

King also rejected any notion of discrimination and insisted that the neighborhood is open to Jews and Arabs alike. He accused those who claim “discrimination” as being “hypocrites.” He also explained that recently, when a tender was won by an Arab company to market a project in Pisgat Ze’ev (a large neighborhood in northeastern Jerusalem) to the Arab community, no one made a fuss.

King did acknowledge that he feels the construction in Givat Hamatos will, in fact, solidify Israel’s control over that area and prevent contiguity between Beit Safafa and Bethlehem, which he views as extremely positive for both Jews and Arabs alike.

“Beit Safafa is a peaceful Arab neighborhood,” he said. “There is an Arab kosher bakery there, and as a Jew you can walk around freely wearing a kipah or a tallit. This has been the reality there for years. Any connection between Beit Safafa and Beit Lechem [Bethlehem] will introduce the hateful ideology spewed by the P.A. into Beit Safafa, which will change this reality, and that is why Givat Hamatos is so important.”