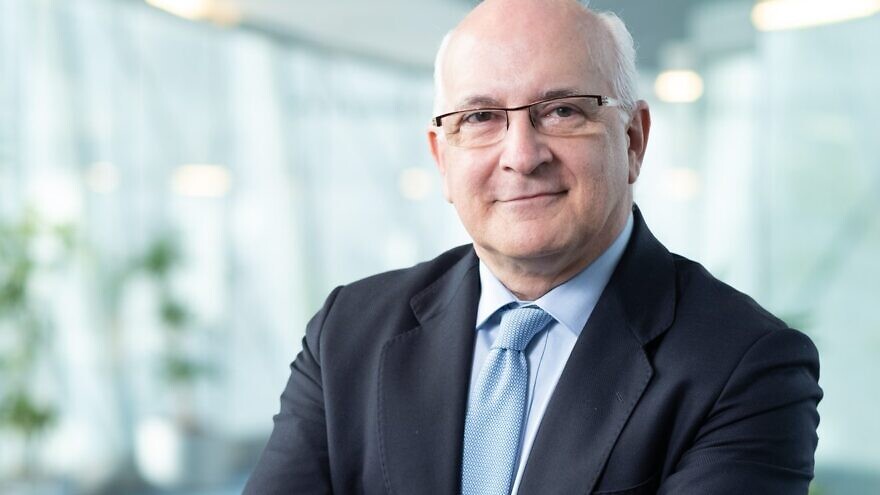 (December 15, 2022 / JNS) As the Islamic Republic escalates its violence against the Iranian people, a group of European lawmakers sanctioned by Tehran for their criticism is urging the E.U. to take robust steps against the mullahs’ regime.

The development follows a watershed decision by the European Parliament to sever all official contact with the Islamic Republic.

Meanwhile, Tehran presses ahead with its violent suppression of the three-month-old nationwide protests against the Islamist regime. The violence, death sentences and now public executions meted out to demonstrators have been condemned internationally and domestically as a blatant attempt at intimidation lacking any legitimate judicial process and relying on confessions made under torture.

All this has spurred the West to move against Iran after nearly two years of fruitless efforts to revive the 2015 nuclear agreement.

The decision by the European Union’s law-making body to cut ties with Iran was announced by European Parliament President Roberta Metsola in a short statement at the end of November.

“In response to the unacceptable Iranian sanctioning of members of this House, let me announce that there shall be no direct contact between European Parliament delegations and committees with official Iranian counterparts until further notice,” she told the parliament’s plenary session in Strasbourg.

The statement, which was issued even before the first public hangings were carried out, urged Iran to end its “violent oppression of legitimate protests,” and called on member states to “keep the pressure up.

“We will not look away from those who look to us from the streets of Iran. We are with you. We will stay with you,” Metsola concluded.

Sanctioned by the regime

The move came after Iran had earlier blacklisted six MEPs—Javier Zarzalejos of Spain, Milan Zver of Slovenia, Charlie Weimers of Sweden, Jan Zahradil of the Czech Republic, Helmut Geuking of Germany and Hermann Tertsch of Spain—accusing them and a growing list of additional European parliamentarians and organizations of incitement to violence and responsibility for the protests in the Islamic Republic.

On Thursday, Zarzalejos, in a telephone interview from Strasbourg, said, “It is important to highlight that Iran is not just a very serious regional threat but a global threat through their nuclear program ballistic capacity and alliance with Russia, which should be seen as a real game changer.”

The Spanish MEP said Europeans were increasingly “horrified” by what was going, and called for a more vigorous response from European institutions. “It is no longer the case that this is an issue for Israel to deal with,” he said, adding that previous Western engagement with Iran had been based on “wishful thinking and naivete.”

“The E.U. has to act and shouldn’t turn a blind eye to the repression [the] Iranian nation is being put through by this regime,” Zver said in a statement. He urged the European Commission, the E.U.’s executive arm, to summon the Iranian ambassador and demand safety for the MEPs and other Europeans who were blacklisted, and to increase the pressure on the regime to stop the executions and release its prisoners.

Zver and Zarzalejos sent a joint letter Thursday to the E.U. High Representative for Foreign Affairs Josep Borrell, calling for the Iranian Ministry of Intelligence and the entire Revolutionary Guards to be designated as terrorist entities, and to expel their agents and operatives in Europe, Zver said.

“I welcome the increasingly assertive E.U. and E.P. position vis-à-vis Iran,” Weimers said in a statement, adding that more needs to be done including canceling outright the European Parliament Committee on Foreign Affairs mission to Iran, which has been put up for reassessment in the second half of next year, and, “given Iran’s history of support for terrorism,” considering a security protocol for sanctioned MEPs.

“Evil cannot and must never win,” said Geuking, a member of the European Union Israel Allies Caucus, in a statement issued by his office. “The world needs a peaceful and nuclear-free Iran respecting human rights, connected by ties of friendship with its neighbors and reconciled with Israel. The future role of Iran is to be an anchor of stability in the Middle East.”

About 500 people have been killed in Iran since the demonstrations began three months ago, while over 18,000 others have been detained by the authorities, according to Iranian human rights groups.

On Wednesday, Iran was ousted from the U.N.’s Commission on the Status of Women. The U.S.-led vote, which passed by 29-8 with 16 abstentions, was the strongest symbolic move taken by the world body to date. Both Russia and China opposed the move. Iran had just been added to the group earlier this year.

In November, after months of silence, the U.N.’s Human Rights Council voted to create an independent fact-finding mission to investigate and document Iran’s human rights violations.

Iran rejected the decision out of hand.