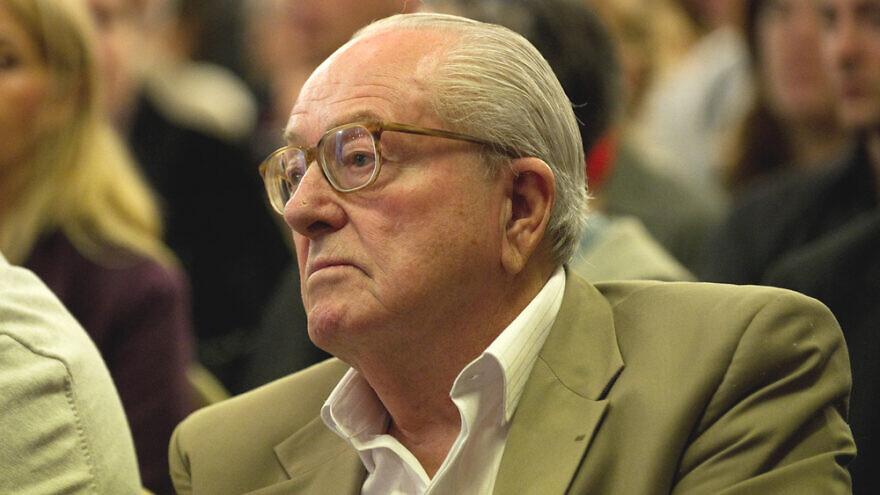 The 93-year-old did not appear in court on Wednesday to face allegations that he had provoked anti-Semitic hatred by making comments about Patrick Bruel, reported Radio France Internationale (RFI). His lawyer, Fréderic Joachim, who is requesting to have the charge dismissed, said, “This case is based only on part of a phrase taken out of context.”

In a 2014 video posted on the political party’s website, Le Pen blasted celebrities who have criticized his racist and anti-Semitic views. When asked about Bruel, Le Pen joked about the French singer’s Jewish background and made a reference to the Holocaust, saying, “I’m not surprised. Listen, next time we’ll do a whole oven batch!”

His comments were denounced by leaders of his own party, including his daughter Marine Le Pen, who is now president of the far-right group.

She called her father’s remarks a “political error” and claimed that the comments carried no anti-Semitic connotations, “except for my political enemies or imbeciles.” She expelled the FN founder from the party’s leadership position in 2015.

The trial was pushed off for years as Jean-Marie claimed that he had immunity from prosecution because he was a member of the European Parliament, RFI reported. While he held the position from 1984 until 2019, lawmakers stripped him of legal protection in 2016.

Judges said they will announce their verdict on Oct. 29.