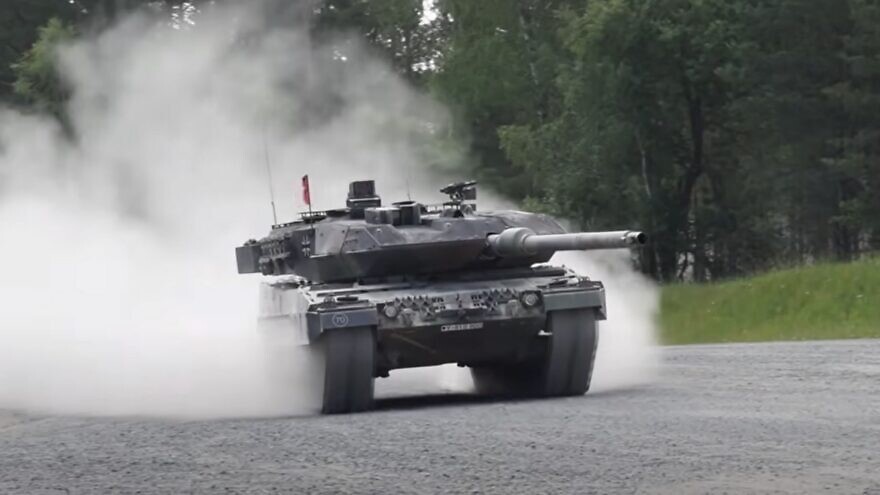 (November 2, 2021 / JNS) The Israeli and German defense ministries have completed the first series of live-fire tests of Israel’s Trophy active protection system on German soil, the Israeli Defense Ministry said in a statement on Tuesday. The system achieved a threat interception rate well above 90 percent, according to the ministry.

The two countries signed an agreement in February for Israel to supply a company of German Leopard 2s with the Trophy system, including interceptors and spare parts, as well as operational and technical training.

The Trophy APS protects armored vehicles from anti-tank missiles and rockets. The system was declared operational in 2009 and has since been integrated into Israel’s Merkava III and IV MBTs and Namer armored personnel carrier (APC). It has logged more than 500,000 operational hours, according to Rafael.

The system is also fielded by the U.S. Abrams M1A1/A2 MBT, and has been tested on Stryker APCs.

The tests in Germany demonstrated the system’s integration with the Leopard 2 platform and in addition to achieving an interception rate above 90 percent provided accurate fire-source location, according to the Israeli Defense Ministry.

“The advancement achieved by our industries in cooperation with our German friends and partners will further strengthen the capabilities of both our defense establishments,” said Israeli Defense Minister Benny Gantz. “We will continue to work at the forefront of tech capabilities, prepare for every operational scenario and deepen our relations with partners around the world.”