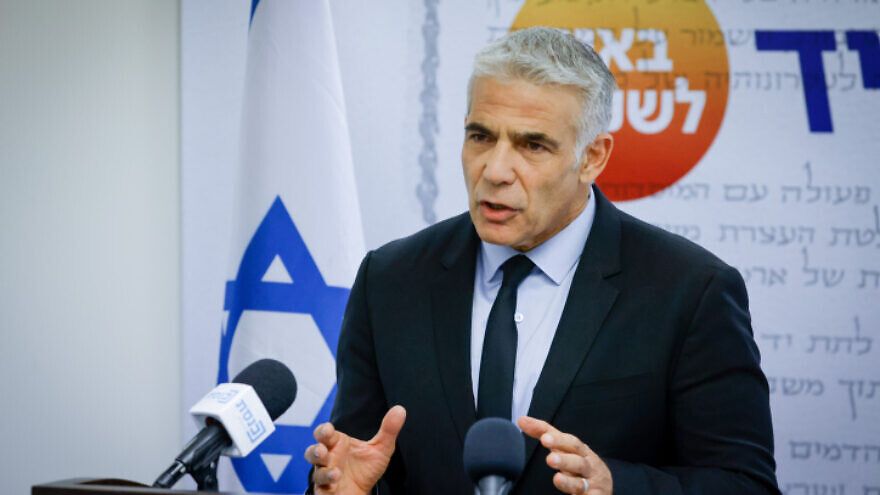 (July 16, 2021 / JNS) The 7th Global Forum for Combating Antisemitism turned into a political football after Israel’s opposition seized on comments made by Israeli Foreign Minister Yair Lapid on Wednesday, in which he broadened the definition of anti-Semitism to include all hatreds.

“The anti-Semites are those who hunt people not because of what they did but because of who they are,” he said. “Anti-Semitism isn’t the first name of hate; it’s the family name, it is anyone who hates so much that they want to kill and eliminate and persecute and expel people just because they are different.”

“The anti-Semites weren’t only in the Budapest ghetto,” said Lapid, referring to the place his father and grandmother hid during the Holocaust. He said there were also slave traders—the Hutu who massacred Tutsis in Rwanda, Muslim fanatics and those “who beat LGBTQ people to death.”

Former Israeli Prime Minister Benjamin Netanyahu, now heading the opposition, pounced on Lapid’s comments, tweeting on Thursday, “Yair Lapid erred in minimizing and stretching the concept of anti-Semitism this week … . If this is what the foreign minister says, how will the State of Israel go on demanding that the countries of the world continue to invest special effort in protecting Jewish communities abroad from anti-Semitic attacks?” said Netanyahu.

In a Facebook post, Knesset member Simcha Rothman from the Religious Zionism Party pointed out that Israel has made “great efforts” to convince countries to adopt the International Holocaust Remembrance Alliance’s (IHRA) working definition of anti-Semitism, which identifies anti-Semitism’s unique characteristics. He said Lapid’s speech set back Israel’s efforts.

Rothman tells JNS that Lapid’s motive was to enlist “intersectionalists”—those who believe that all oppression is linked, in order to build alliances with other minorities. Rothman said that those who hate Jews will do so regardless, whether it’s because of intersectionality, which views Jews as a privileged elite, or for some other pretext. “Lapid doesn’t get it. He’s trying to empty the ocean with a teaspoon,” said Rothman.

Recruiting non-Jews to the cause did appear to be Lapid’s motive. “We need allies. We need to enlist everyone who believes it is wrong to persecute people just because of their religion, their sexuality, their gender, their nationality or the color of their skin,” he said in his speech. 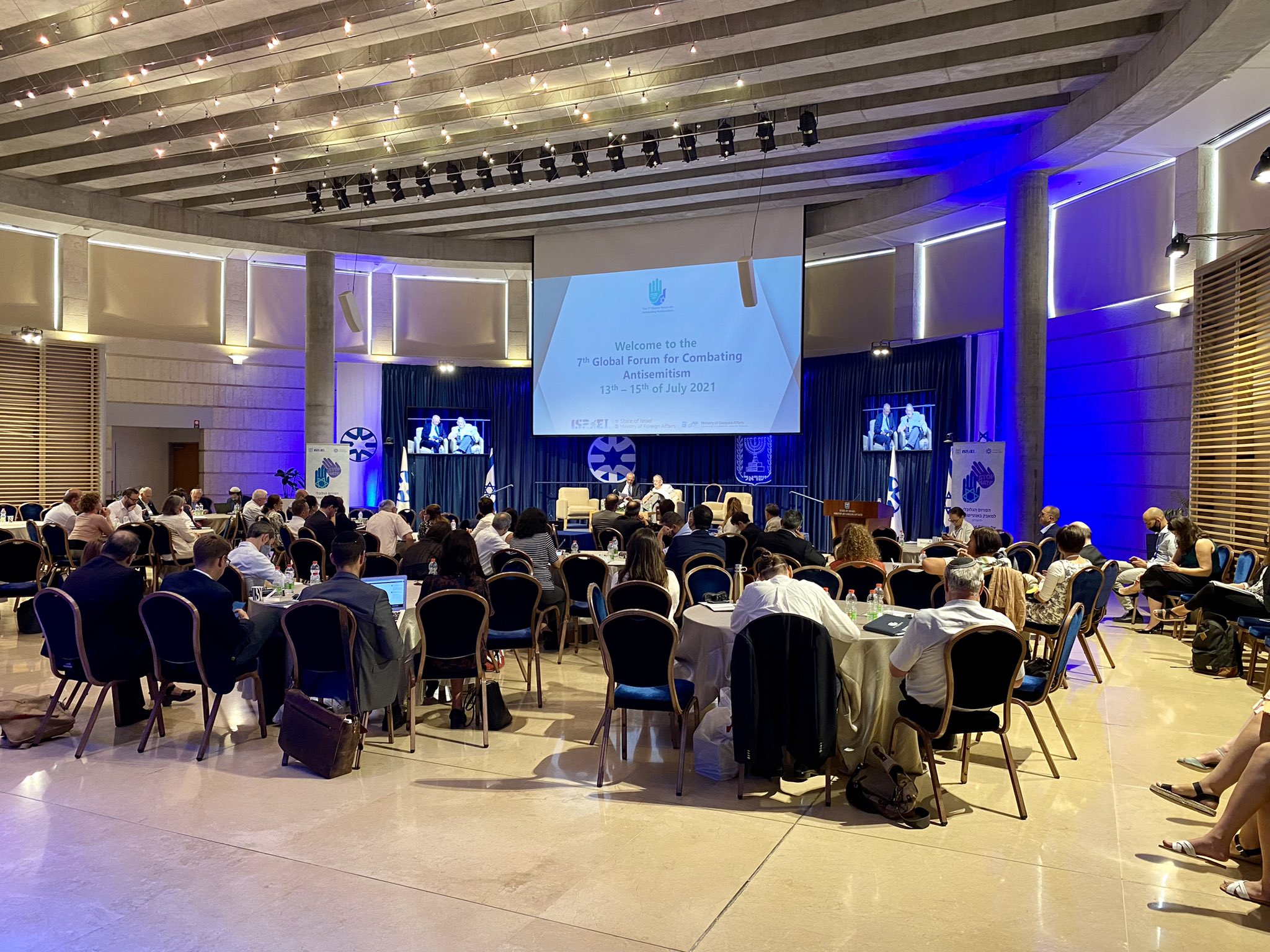 Lapid’s comments were met without comment at the conference itself, which offered a warm round of applause after his seven-minute talk. However, Yana Grinshpun, a senior lecturer at the Sorbonne Nouvelle University in Paris who spoke at the conference told JNS: “It’s incorrect to compare anti-Semitism to any form of discrimination. It has a millenary history for religious, theological, social, psychological and political reasons. It’s the longest hatred.”

Grinshpun said it’s highly unlikely that Lapid’s universalist interpretation of anti-Semitism will bear fruit. “If anything, what I’ve observed is a ‘universalism minus one,’ where Israel is excluded from the rolls of the oppressed,” she said.

She noted that she had started to receive shocked reactions regarding Lapid’s speech from France. People considered it “scandalous” and “ignorant,” she said.

The conference, which began on Tuesday evening at the Ministry of Foreign Affairs in Jerusalem with opening remarks by newly installed Israeli President Isaac Herzog, ran through Thursday. It featured speakers from around the world with panels covering specific areas, such as online anti-Semitism, the role of radical Islam in spreading anti-Semitism and combating anti-Semitism in sports, among others.

Holocaust researcher and Emory University Professor Deborah Lipstadt delivered the keynote address on Wednesday. She appeared to endorse Lapid’s approach. “We have to situate the fight against anti-Semitism within the fight against all forms of prejudice. We have to do so for two reasons. First, because that’s where it belongs. Second of all, strategically, we won’t win this … without allies. And if we are off by ourselves, it will be impossible.”