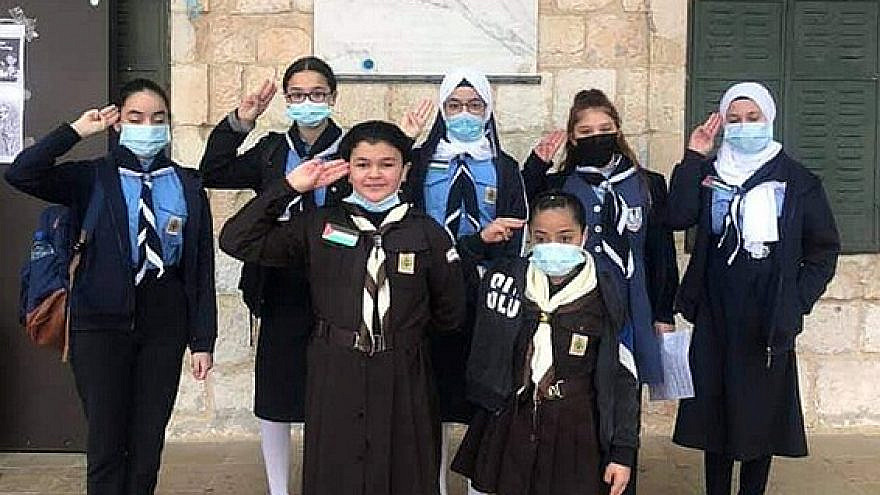 The Jerusalem Islamic Waqf is an Islamic trust that controls and manages the current Islamic edifices on and around the Al-Aqsa Mosque. It operates several schools in the city.

The students at the school, founded in 1969, were asked to prepare memorial presentations for terrorists, which the school teaches them were “martyrs.”

A presentation by one of the fifth-graders reviewed the development of the concept dating back to Izzadin al-Qassam (1882-1935) the terrorist for whom Hamas’s military wing is named, through PLO leader Yasser Arafat, to “martyr” Baha Aliyan, who murdered three Israelis in Jerusalem’s East Talpiot neighborhood in 2015.

Other presentations included photos of the funeral services of terrorists, singing songs of praise and reciting verses praising the act of the shahids and glorifying martyrdom.

Maor Zemach, head of the Lach Yerushalayim (“For You, Jerusalem”) advocacy group that seeks to safeguard Israeli sovereignty in Jerusalem, told Israel Hayom that while the school was not part of the Israeli educational system, “it is inconceivable that a school in Jerusalem, the Israeli capital, should commemorate terrorists.”

He said “this type of incitement hasn’t been seen on social-media pages of educational institutions in eastern Jerusalem in a very long time, and it indicates a much bigger problem. I call on Israeli Public Security Minister Amir Ohana to issue an administrative order to shutter the school without delay.”