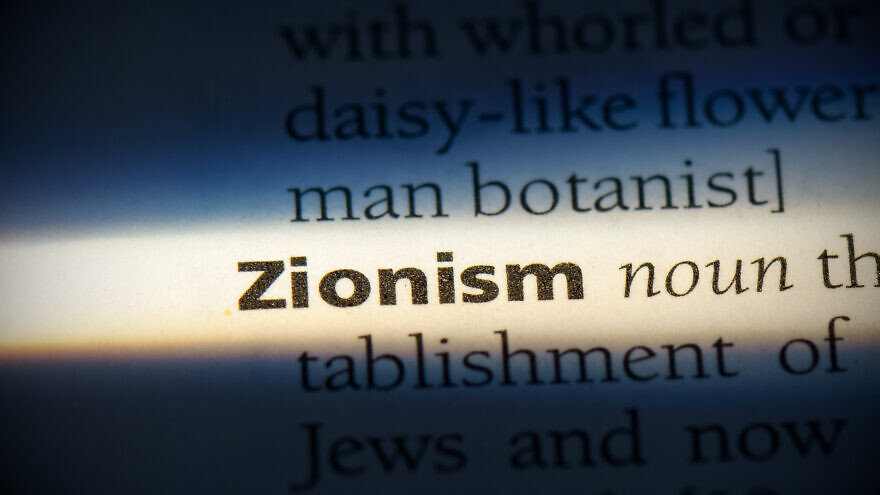 (July 13, 2022 / JNS) A small group of students, faculty and alumni at the City University of New York (CUNY) plan to get the school’s Jewish population to “unlearn Zionism.”

CUNY, which was the subject of a recent New York City Council hearing on college campus anti-Semitism, is not a stranger to anti-Israel and anti-Jewish activity. Its law-school faculty endorsed a resolution to boycott Israel and anything tied to it, also inviting Nerdeen Kiswani, who has a history of anti-Israel rhetoric and actions, as commencement speaker in May.

Now, a group calling itself NIONCUNY—currently consisting of 32 signatories, including seven students and four union delegates—issued a statement pledging to “create networks and programs within the CUNY Jewish population to question, critique and unlearn Zionism so they may form their own Jewish identity.”

The statement challenges the ties between Zionism and Judaism, accepted by the vast majority of Jews, and members of the CUNY population who support it.

“We vehemently stand against the Zionist movement within CUNY that aims to criminalize and demonize Palestinian students and workers. Furthermore, we stand against liberal Zionist entities that falsely classify themselves as anti-Zionist as they perform apologia for Israeli settler colonial rule,” reads the statement.

It also encourages endorsing boycotts against “the settler-colonial and apartheid state Israel without question and back all efforts to establish it within CUNY.”

Jeffrey Lax, an Orthodox Jewish business professor at CUNY’s Kingsborough Community College and founder of S.A.F.E. (Students and Faculty for Equality) CUNY, told JNS that the NIONCUNY group is small, but represents something dangerous.

“I’m confident the group isn’t indicative of the overwhelming majority of Jewish people at CUNY or in the world, but, of course, I’m concerned because it’s the very loud, radical, militant view that caused problems for so many,” he said.

Lax said it is particularly troubling that four signatories to the pledge are delegates of CUNY’s Professional Staff Congress (PSC), the union that represents 30,000 faculty and staff at CUNY.

“This is not just emotional. It becomes a problem with bargaining. The university admitted [at the City Council hearing] it knows there is a problem with anti-Semitism, so how can our bargaining unit be anti-Zionist? It’s a big professional problem, and it’s wrong. Imagine saying you’re anti-black at a university with thousands of black students. It’s disgusting,” said Lax, adding that he resigned from the union, though they still represent him legally in negotiating his terms and conditions of employment.

The signatories pledged to “encourage hosting anti-Zionist Jewish professionals to come speak on CUNY campuses to show young-adult Jewish youth that Zionism is not the only way and that for as long as Zionism has existed, anti-Zionism was right along with it.” The group also calls for a “wholehearted” endorsement of BDS and standing against the broadly accepted International Holocaust Remembrance Alliance’s (IHRA) working definition of anti-Semitism.

The CUNY law-school faculty’s BDS resolution is the subject of a complaint to the American Bar Association’s accreditation body, and to the New York City Commission on Human Rights and New York State Division on Human Rights for potential violations of discrimination law.