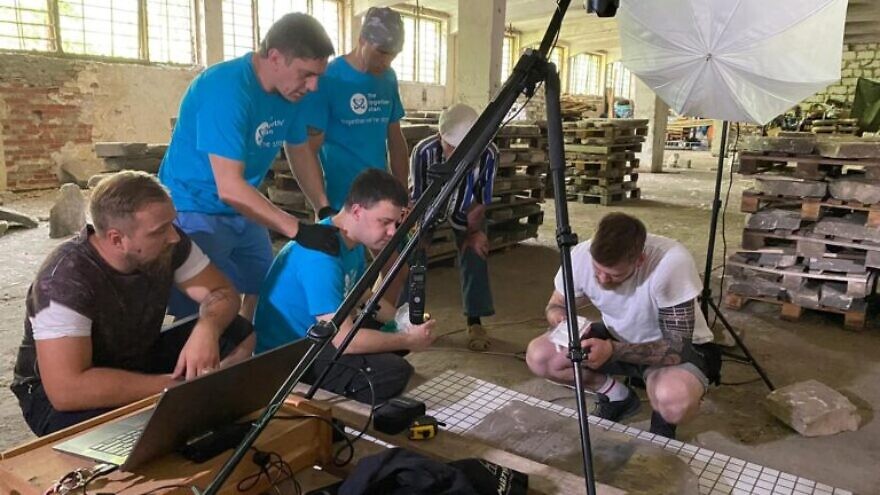 (July 29, 2021 / JNS) A charity organization is working to create a memorial with Jewish gravestones that have been discovered around Belarus, Israel Newsstand reported.

Jewish headstones from the former Brest-Litovsk Jewish cemetery, which is today a sports field, began resurfacing at an old prisoner of war camp from World War II and in construction sites across Belarus eight years ago.

Using the recovered headstones, “The Together Plan” is now working to build a memorial for the Jewish cemetery, where people can learn about its history. The project will be completed in the next three years.

“This is only one part of the story,” said Debra Brunner, the organization’s co-founder and CEO. “This memorial will honor a community that had lived and died, and who never saw the atrocities that took place in 1941-44.”

Brunner estimates that around 1,000 Jewish gravestones have been recovered, some of which date up to 1940. She believes others that haven’t been cataloged yet will date back to the 1850s.

“Some are broken, and from what we can see, we would say that possibly around a third are, more or less, intact,” she said. “We have just started to photograph every piece; this will take about a month. Then we will read and translate them and catalog them.”

She added that the Brest-Litovsk Jewish Cemetery is an important site, “yet it remains unmarked to this day.”

“Today, it is a running track,” pointed out Brunner. “Yet people are still buried here. Brest was also the site of entry where the Nazis attacked the Soviet Union in 1941 and the Einsatzgruppen killing squads marched in. It is the birthplace of Menachem Begin and the famed Soloveichik Rabbis were also from here.”

“Everything about the town and its history is of great significance,” she said, “and that was the [project’s] inspiration.”