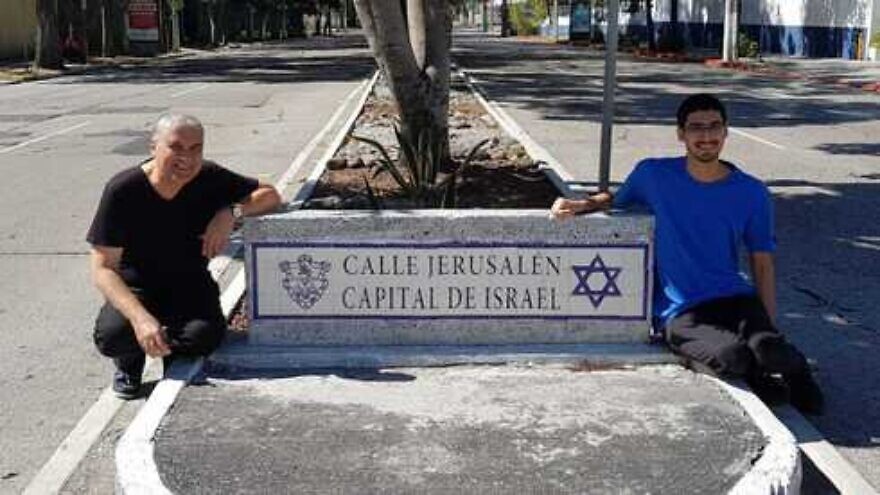 (October 14, 2021 / JNS) The Israeli ambassador to Guatemala officially inaugurated a road this week named “Jerusalem Street, the capital of Israel,” becoming the 27th street in the country named after Israel’s capital within the past two years.

Ambassador Matanya Cohen, who came up with the idea, attended the event in the city of La Gomera and was joined by the mayor and other local figures, reported Ynet. “The intention was for the cities of Guatemala to display their friendship with Jerusalem,” he said.

Under former President Jimmy Morales, the Central American nation recognized Jerusalem as Israel’s capital in 2018 and relocated its embassy there. The country then began to name streets and parks domestically after the city.

“On June 2018, a month after the embassy was relocated to Jerusalem, the first city joined the initiative. Since then, other cities, including Guatemala City—the only capital in the world with a street name ‘Jerusalem, capital of Israel’—joined in,” said Cohen, according to the report.

Next year, he hopes that 34 cities will join the initiative.

The ambassador said that more than 50 percent of Guatemalans are evangelical Christians and very pro-Israel.