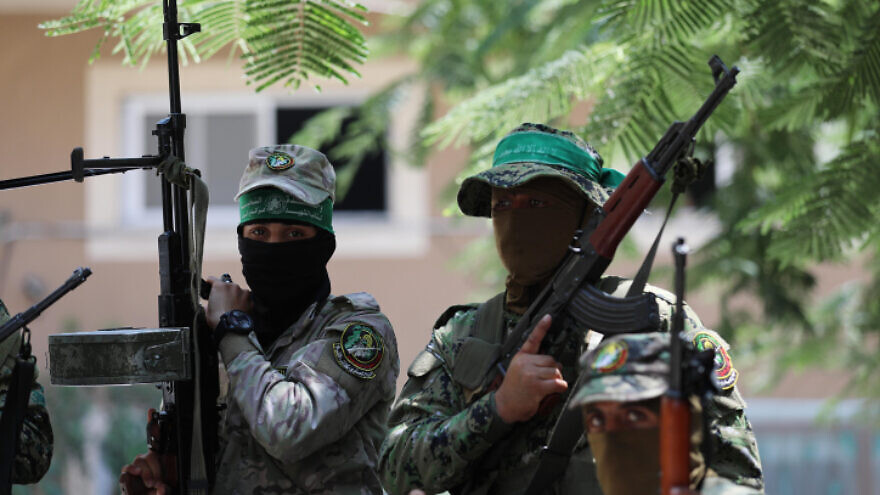 (December 29, 2020 / JNS) The Hamas and Palestinian Islamic Jihad terrorist organizations on Tuesday launched a large-scale drill involving 12 armed groups in the Gaza Strip, among them the Popular Front for the Liberation of Palestine and Fatah, according to Israeli media reports.

The drill, codenamed “The Strong Base” (a Koranic reference), involved the firing of rocket barrages into the Mediterranean and a simulated naval commando raid on Israel.

This is the first time that the Gaza-based terrorist groups’ “military” wings have conducted a joint exercise of this kind, with each having its own role and field of operation. In the past, each such branch carried out its own exercises, noted Ynet.

The Hebrew website also pointed to the timing of the drill, which comes on the heels of recent Israel Defense Forces exercises along the Gaza border in the south of the country, and the Lebanon and Syria borders in the north. The joint exercise may also be an attempt by the terrorists in Gaza to deter Israel from launching a major Israeli military strike before the end of U.S. President Donald Trump’s tenure in less than three weeks.

A few hours before the drill began, just after midnight Monday, the IDF reported that terrorists in Gaza had fired a rocket at Israel, but that the projectile did not make it across the border.