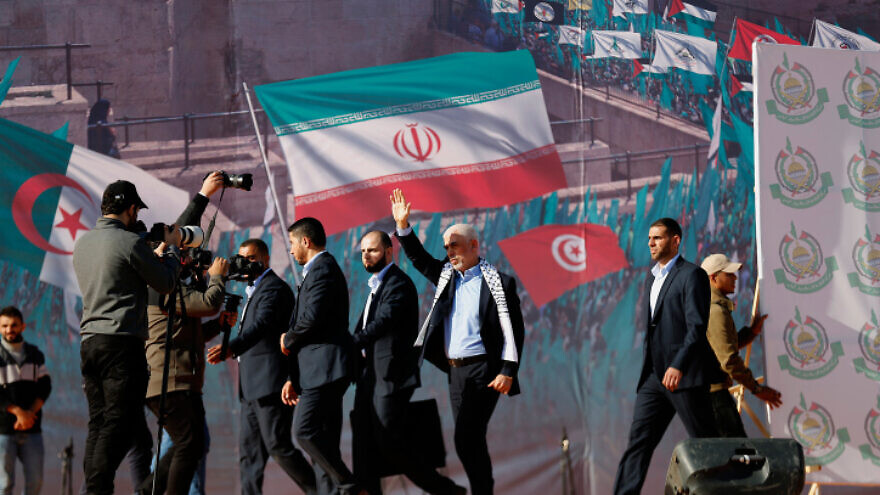 (December 15, 2022 / JNS) The leader of Hamas in the Gaza Strip said on Wednesday that the window for Israel to negotiate a prisoner deal was closing, and that without one “another way will be found.”

During a Hamas rally in the Gaza Strip to mark the 35th anniversary of the terrorist group’s founding, Hamas leader Yahya Sinwar said that unless an agreement was reached soon, “the case of the four soldiers will be closed,” according to Ynet.

The bodies of IDF Lt. Hadar Goldin and IDF Staff Sgt. Oron Shaul have been held as bargaining chips by Hamas since they fell in battle in 2014. Hamas also holds two Israeli citizens, (whom Sinwar mischaracterized as soldiers), Avera Mengistu and Hisham al-Sayed, who crossed into Gaza from Israel voluntarily in 2014 and 2015, respectively.

A masked Hamas terrorist belonging to the group’s so-called “Shadow Unit,” which guards captives and bodies of those killed in action, displayed what the group claimed was Goldin’s rifle during the rally. 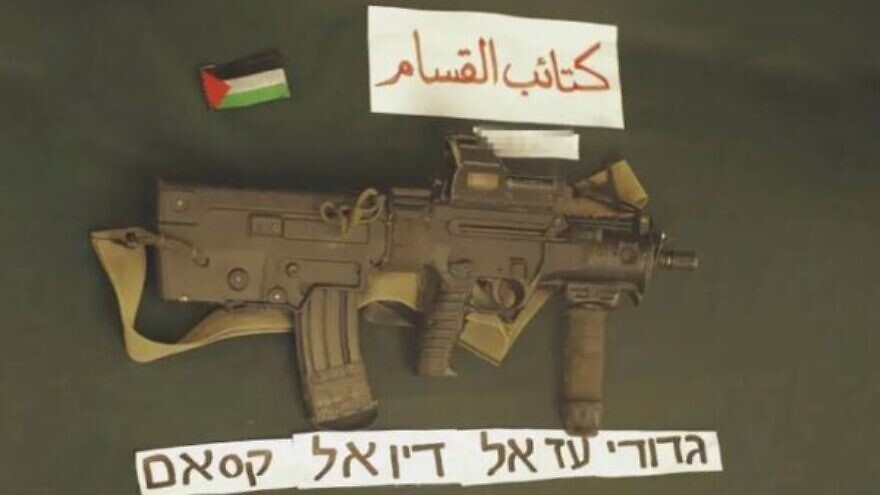 A Tavor rifle that according to Hamas belonged to IDF Lt. Hadar Goldin, who fell in battle during Israel’s “Operation ” and whose remains have been held by the terrorist group ever since. The rifle was displayed during a rally in Gaza to mark the 35th anniversary of the group’s founding. Source: Twitter.

Officials in Jerusalem said that the presentation of Goldin’s supposed weapon was psychological warfare designed to pressure Israel’s incoming government. Prisoner exchange talks have hit a roadblock as Israel refuses to release Palestinian terrorists with blood on their hands.

The families of Goldin and Shaul have led a campaign to bring their sons’ bodies home. In August, the Goldin family initiated a march to the Gaza Strip, calling on the Israeli government to secure the release of their sons’ bodies, along with Mengistu and al-Sayed.